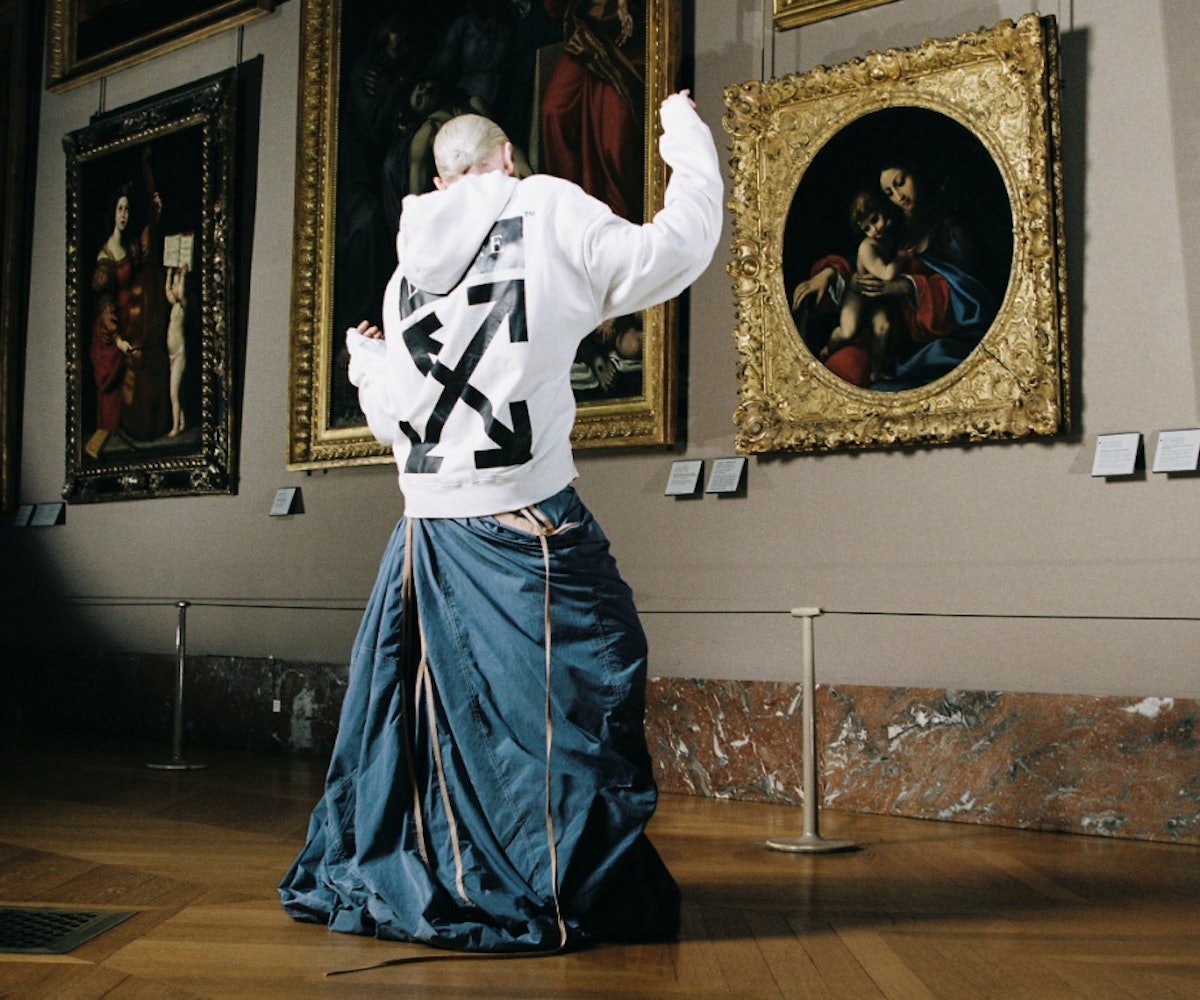 Just when you thought Virgil Abloh had already collaborated with nearly every major brand or figure in the creative space, he comes at us with yet another one: On Friday, his label Off-White announced a new collaboration with the Musée du Louvre, which will include a capsule collection for its Leonardo da Vinci exhibition, on display until Feb. 24, 2020. The new release also marks the 500th anniversary of the artist's death.

"The Louvre has always been a place of life, of inspiration for the creators of each era. We are thrilled that Virgil Abloh's eye on the Palace and the collections of the Louvre are at the heart of this multitalented artist's creative process," said Adel Ziane, Director of External Relations of the Musée du Louvre, in an official statement. "Collaborating with Off-White is also a way for us to reach a new audience, a new manner to interest them in the Louvre."

Abloh is no stranger to the art world either. He wrapped his own exhibition at the MCA in Chicago in September, and recently showed his work at Art Basel in Miami — a "Dollar a Gallon" III sculpture resembling a gasoline station sign. He's also teamed up with such artists as Takashi Murakami (for a joint exhibition at the Gagosian) and Jean-Michel Basquiat, for whom he designed a commemorative range of apparel and accessories. Not to mention the Off-White pieces he's designed for The Met's gift shop while his designs were on display during the "Camp" exhibition, and a Nike sneaker collaboration with the MoMA. But his partnership with such a historic institution like the Musée du Louvre and an artist like da Vinci is, frankly, a pretty big deal.

"I want to crash together these two worlds that are seemingly different: fashion and high art. It's a crucial part of my overall body of work to prove that any place, no matter how exclusive it seems, is accessible to everyone," said Abloh in an official statement. "That you can be interested in expressing yourself through more than one practice and that creativity does not have to be tied to just one discipline. I think that Leonardo da Vinci was maybe the first artist to live by that principle, and I am trying to as well."

The collection, which ranges in price from $355 to $640, includes T-shirts and hoodies featuring Off-White's signature logos and diamond arrow graphics alongside da Vinci's paintings and drawings from the Louvre's collection and exhibition. All items will be available at the Louvre gift shop and online, along with select retailers, Off-White stores, and Off-White's website.