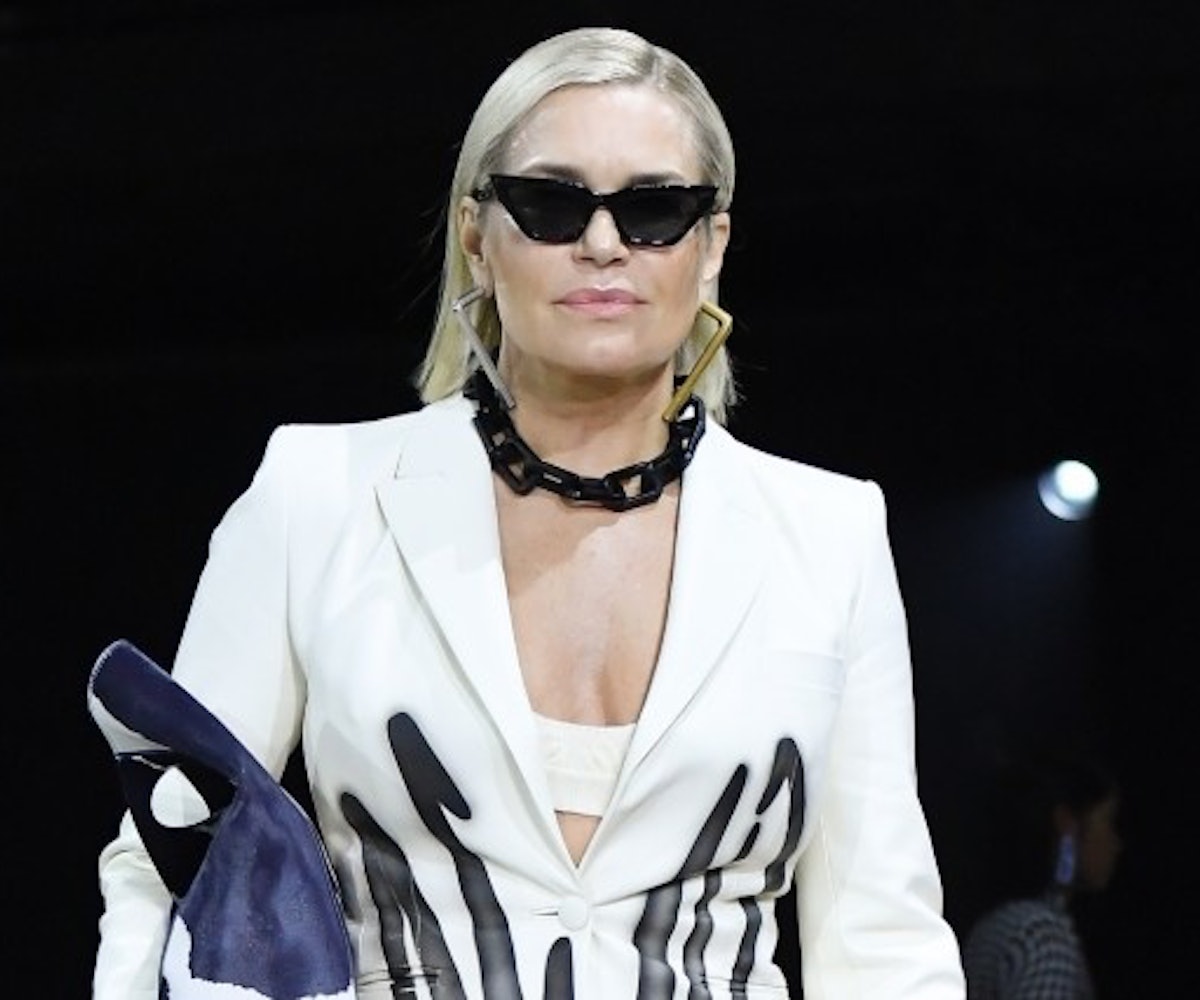 There's a new Hadid on the runway this season, and her name is Yolanda. Yes, the mother of Gigi and Bella (and Anwar, hi) walked the Off-White Fall 2020 runway show during Paris Fashion Week on Thursday.

The model mama has been traveling around the world this fashion month supporting her two daughters, sitting front row at shows for Lanvin, Missoni, and Moschino, but she dusted off her old model hat for Off-White, walking the show in a white blazer and black pants. The former Real Housewife of Beverly Hills is very familiar with the runway, having started as a model back in her teens. She later created a show for Lifetime, Making a Model With Yolanda Hadid, using her skills as the Hadid matriarch to guide young models in the industry.

"I grew up in a really small town in Holland called Papendrecht, and I'd never seen a fashion magazine when I became a model," she told W back in February 2018. "I was not educated at all, and I was kind of thrown into it by accident — or maybe because it was my destiny, but at the time it felt like an accident."

Hadid isn't the only celebrity to grace the runway this season. Miley Cyrus walked for Marc Jacobs in New York, while Lena Dunham made her runway debut at the 16Arlington show in London.

Gigi and Bella's own modeling journeys were documented on Real Housewives, with Yolanda accompanying them to photo shoots and runway shows as their careers took off. With her latest venture back on the runway, it's clear that there's something in the Hadid water over there in Malibu (probably lemon juice and cayenne pepper).