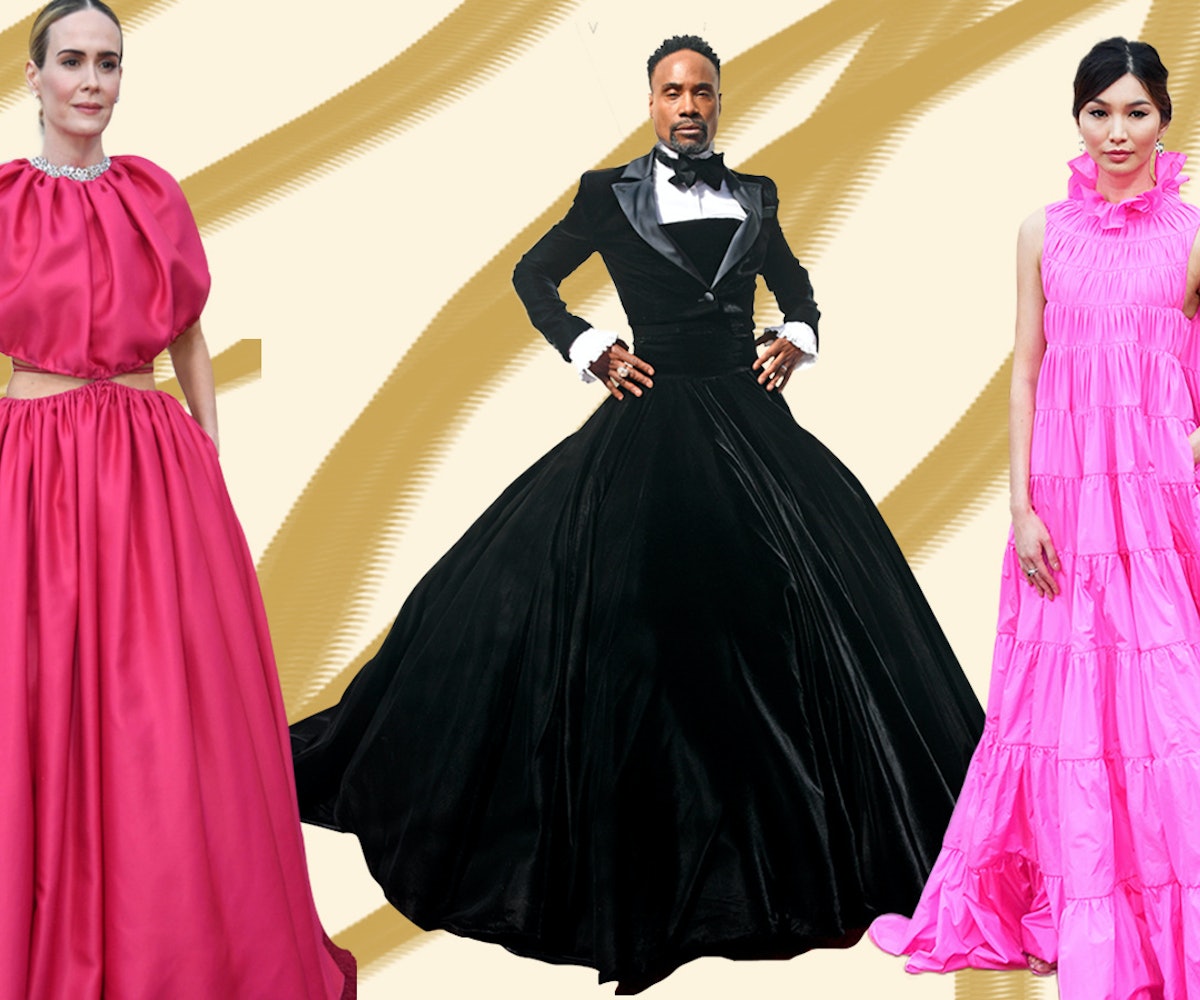 Hollywood's biggest night of the year is here, and it seems everyone had the same idea: think pink.

There was Gemma Chan's hot pink tent dress and Kacey Musgraves' brilliant tiered one. KiKi Layne looked elegant in a Pepto-Bismol gown, while Sarah Paulson made a case for pink cutouts. As a group, they rewrote the unwritten pop culture sartorial rule: Now, on Sunday nights, we wear pink.

On the flip side, gender norms were blurred with a tuxedo-gown combination courtesy of the one and only Billy Porter, as well as a metallic tuxedo situation from Awkwafina. To round things out, we had a couple of striking silver moments and tributes to both Karl Lagerfeld and Audrey Hepburn. Overall, there was much to be enjoyed. Ahead, our favorites.

Amandla Stenberg looks all grown up in this fitted Miu Miu dress.

J.Lo continued the silver streak in this house of mirrors-esque Tom Ford gown.

Gemma Chan clearly had no intention of blending in with this hot pink Valentino Haute Couture gown.

Billy Porter in Christian Siriano asks the very important question: Why choose between a ball gown and a tux when you can have both?

A couple weeks after taking home the most coveted Grammy award, Kacey Musgraves popped up at the Oscars in Giambattista Valli looking like a very sweet tulle tiered pink cake.

Rachel Weisz didn't get the pink memo, and we're okay with that because this red Givenchy Couture number was made for her.

We weren't expecting Lady Gaga to go with black for the big night, but she managed to make this Alexander McQueen dress stand out—with matching leather gloves, a Tiffany yellow diamond last worn by Audrey Hepburn, and hip buttresses—in a way only Gaga can.

KiKi Layne is oh so pretty in baby pink Versace.

Rounding out the pink theme for the night is Sarah Paulson in a cutout Brandon Maxwell dress complete with pockets.