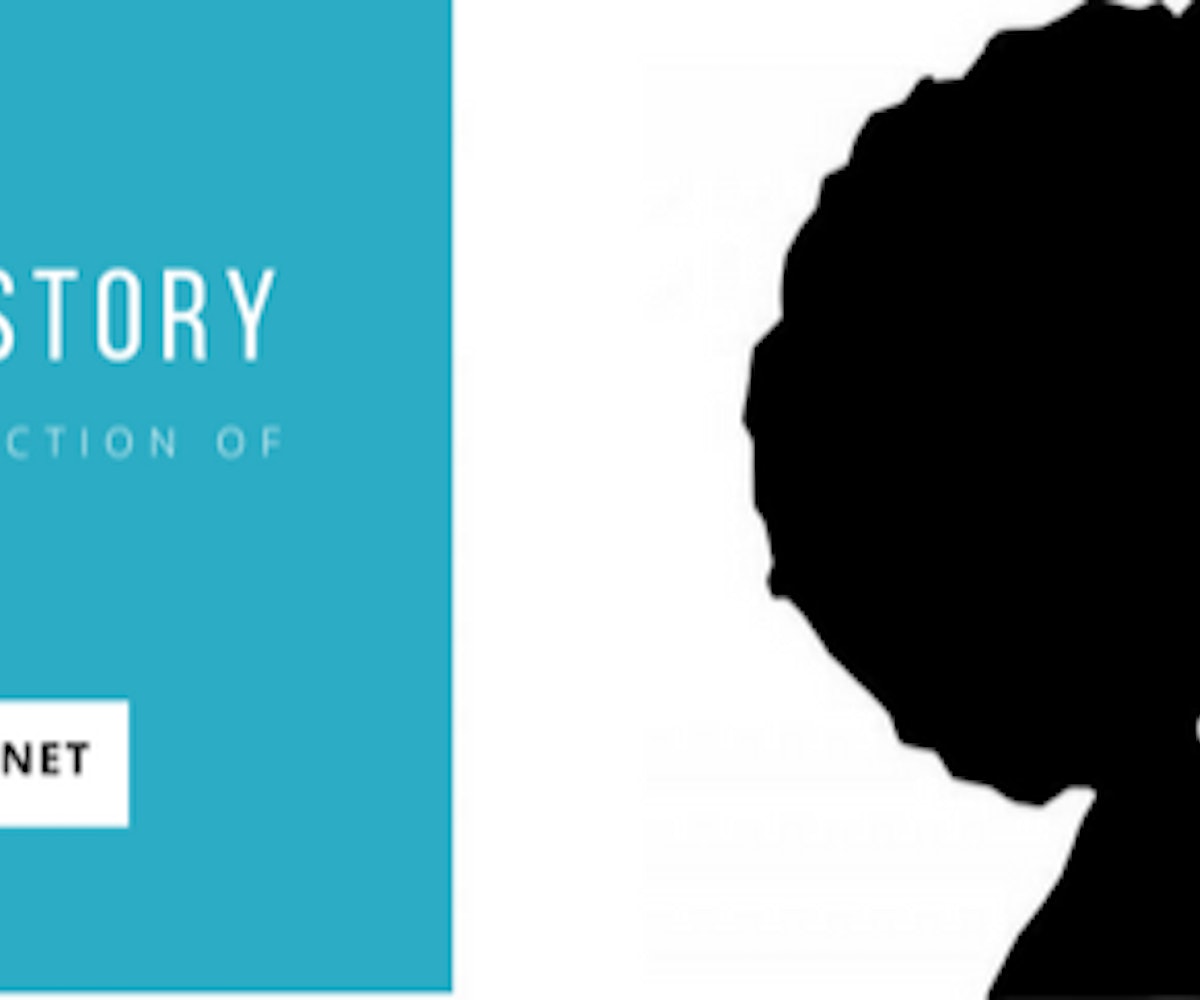 Our identity is made up of countless different aspects, both internal and external. For women and nonbinary folks, hair—its texture, color, length, and more—often plays an important part in defining how we present ourselves to the world.

It was the desire to amplify the experiences of these people that led Mirelle Tinker to create Our Hair Story, a website where people can share the ways that their hair has shaped their lives. "My end goal was for it to be this kaleidoscope of experiences where a casual reader can come and read and say, 'Hey, this experience mirrors mine,'" Tinker told us. "Whereas another person can read it and say, 'Hey, I didn't know this experience existed. I'm learning a lot from what they've been through.'"

A biracial woman with a Danish-American dad and a Kenyan-American mother, Tinker became aware at an early age that, although her skin was light, her curly hair set her apart from others in her predominantly white, Connecticut town. "I thought, Oh I must be this really weird white kid or something," Tinker recalled. "I didn't really have this concrete concept of race, but I did know that I was being kind of teased and isolated for [my hair]."

Tinker launched the website this past May, after having a conversation with her roommates and realizing that they also had their own hair-related stories. One of her friends said she felt distant from her Chinese side because her hair is light, while another said that after she shaved her head in middle school, people thought she was "going through a crisis" or "looked like a boy."

So far, Tinker has published six stories from women and nonbinary folk who come from different backgrounds and ethnicities. She wants to educate people about the different experiences that others encounter due to their hair, but she also wants to connect people through those differences. "I think it's important for people to read these different stories and realize our hair is entwined with our experiences and that it's important for people to know that they're not alone in these experiences," she said.

When it comes to the future of Our Hair Story, Tinker, who is still in college, sees it as having a steady growth, one that she hopes will gain more traction as she reaches more people. She's also working on featuring stories from cancer patients who may want to share their own stories—an idea she had after volunteering for the American Cancer Foundation last summer. "I feel like their experiences are sometimes left out when we talk about hair because you can't really market a product necessarily for them as you could other people," Tinker said.

And although everyone's hair journey is different, one thing that Tinker said is positive about the current discourse, is acceptance and appreciation for every hair type. "I think upcoming generations are opening their eyes and becoming more open-minded of accepting our hair and how we present it, not just in a 'curly hair is okay' [way], but also [in the way where they feel] I can curl my hair and I can also straighten it occasionally, so long as I'm in charge of this decision."