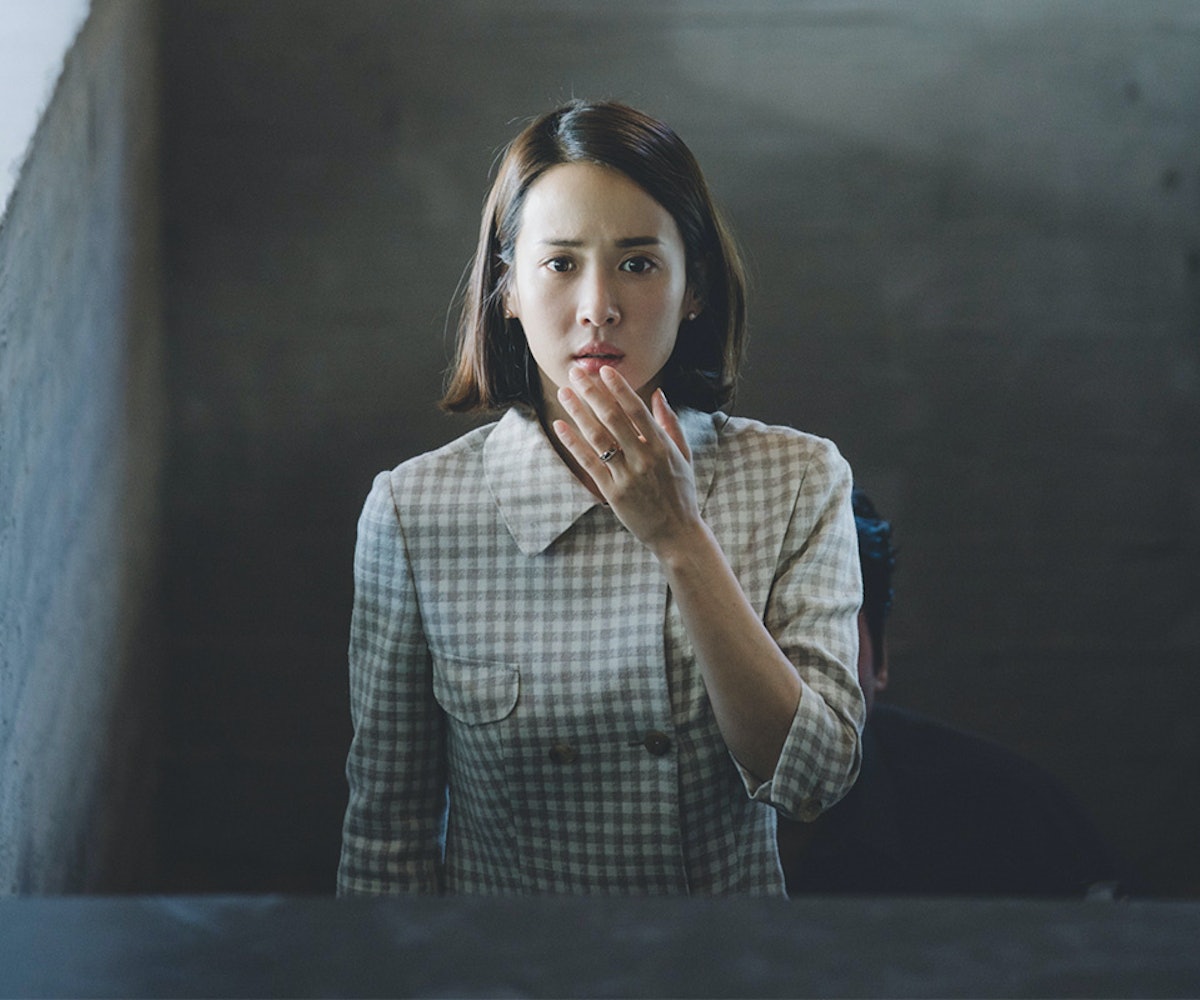 What do you do in a cutthroat capitalist world, when the poor, no matter how smart or striving, can never make ends meet? For one South Korean family, in Bong Joon-ho's brilliant dark satire, Parasite, which won the Palme d'Or at the Cannes Film Festival and is now in the Oscar race, the answer is: You infiltrate and feed off the rich.

When we meet the hapless Kims—a surname more common in Korea than Smith is in America—they are desperately searching for free Wi-Fi signal in their cramped, damp, sub-basement apartment. They leave their window open to benefit from an exterminator spraying their street but are soon choking on stinky fumes as they fold pizza boxes to earn money.

The Kims' luck turns, however, when the son, Ki-woo, gets a job as an English tutor to a daughter of a wealthy family, the Parks. Renamed Kevin by his new employers, he strikes on a plan to fill all the staff positions in the Park household with his family members. It's not easy: It involves lying about their backgrounds, falsifying diplomas, planting underwear in the Parks' car to cast doubt on their chauffeur, and spraying peach fuzz on the housekeeper to induce a violent allergic reaction. Anything goes, as long as it works. And, the Kims carry out their trickery with such suaveness and bravado—captured in fluidly edited choreographic sequences—it's impossible not to cheer for them, and hope they attain their goals.

Which, they do: Soon enough, Ki-woo's sister Ki-jung becomes Jessica, an art therapist to the rich, whose job it is to work with the mischievous youngest Park child; his good-natured dad (played brilliantly by Kang-ho Song) becomes the new family chauffeur, and his mom the new housekeeper. But their immersion into a new social and economic class is not a smooth one.

Bong is a master in building a world of drastic class divisions, and the juxtaposition of the Kims' world with that of the Parks is jarring. Just as the Kims' apartment is dingy, the Parks' is a modern brutalist masterpiece. Made of cement and glass, with clean lines and a pristinely trimmed lawn, the Park home is effortlessly, understatedly luxurious, and is also home to three small purebred dogs, each with its own strict diet regimen. Whereas the camera glides down into the Kims' basement, it glides up as we enter the Parks' home, hidden behind a thick high wall, which makes literally clear how the Parks do not tolerate anyone who dares cross the social line. The Kims may enter into their reified realm—some, like Ki-woo or Ki-jung, may even be made to feel like they're part of the family for a moment—but they will never really be included. The Kims, for their part, know this; they see through the Parks' gullibility and well-intentioned yet false friendliness, and exploit it.

This scenario makes for light situational comedy. But Bong favors dark thrillers, and just when we think that the Kims' takeover will bring no consequences, he brutally upends the harmoniously divided world. With the Parks away, the old housekeeper shows up to get something that she says she forgot in the basement. She leads the Kims down a hidden passageway into the home's dungeons, and to her own dark secret. Now the Kims and the housekeeper must fight over who will get exposed as being phony, and who will get to continue living off the Parks—in other words, who gets to be the real parasite. Thus, the Kims find themselves locked in a vicious fight with those even less fortunate than them.

Bong unleashes an orgy of violence, with operatic slow-motion sequences that make even the most trivial actions—such as catching an iPhone in mid-flight—seem epic. In one scene, Kyung-pyo Hong's gorgeous cinematography takes us on a long journey through torrential rain. The camera moves in a downward spiral, down numerous staircases. As the Kims run to their hovel, it is as if they were descending into hell. They find their cluttered home flooded, the toilet spewing waste, the whole place bathed in horrendous muck and feces. This tragedy—and the Kims' dislocation to a local shelter, while the Parks prepare for a fancy birthday party—plus the Kims' bad conscience over their brutal treatment of their nemeses, sets up the stage for the final violent showdown between the Kims and the Parks.

Bong's film starts out as a comedy, and a wondrous fairy tale, when the happy, satiated Kims fantasize about being the proper owners of the Parks' house, and ending their subsistence-oriented lifestyle. But, it then takes on a nightmarish dimension, increasingly steeped in darkness, straight out of the Brothers Grimm. Bong harnesses the torment that capitalist greed, deregulation, and gaping inequality have unleashed across the world, making Parasite's dystopian vision ring universally true.

Parasite is out in select theatres now.