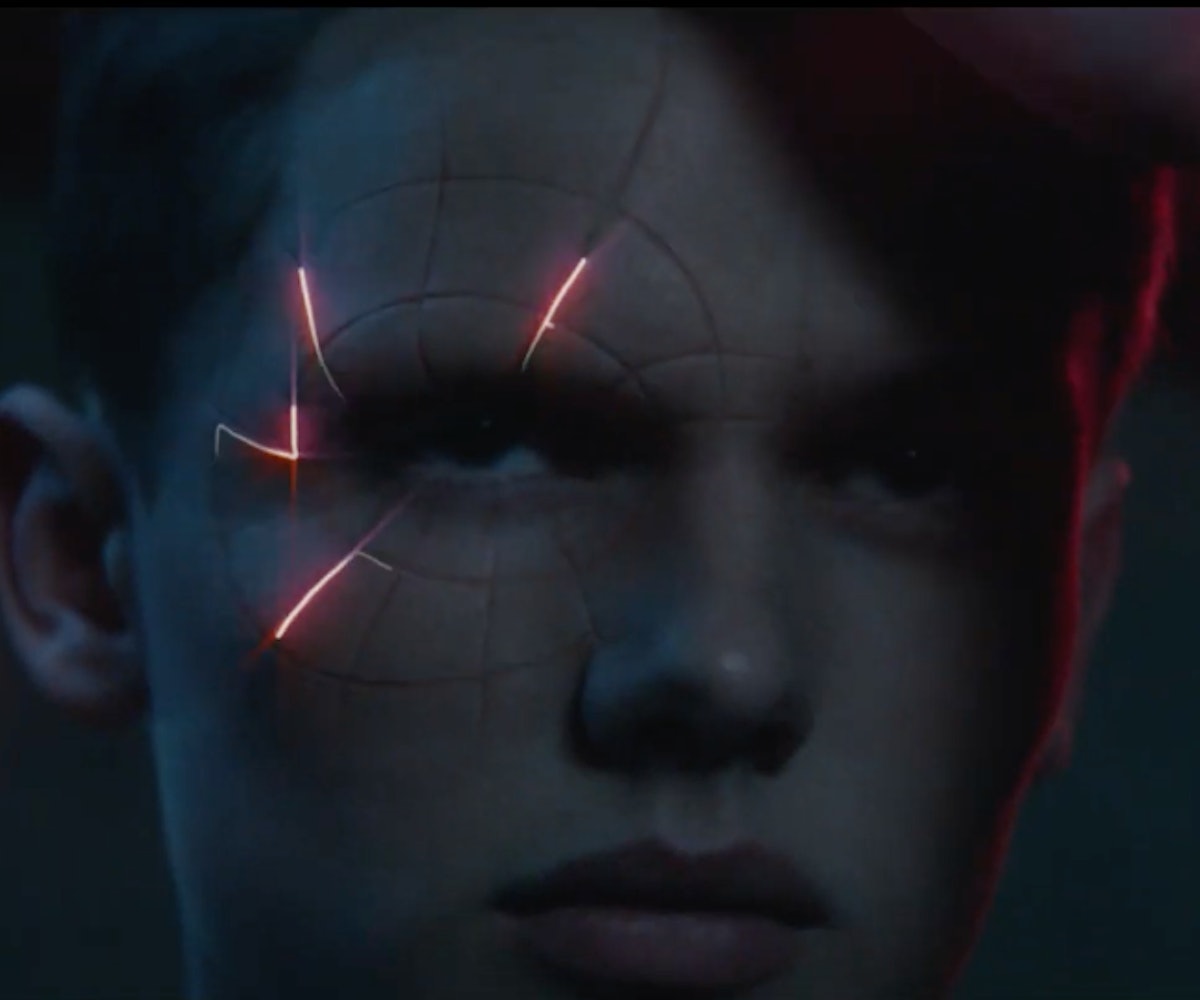 A new trailer for the upcoming sci-fi thriller Perfect was released today, and it looks like the film is going to give a dystopian look at what could happen when you strive to, well, perfect the mind.

The film follows actor Garrett Wareing, described in the press release as an "emotionally troubled young man." From the looks of the first trailer, it seems as though he'd been having some frightening dreams that may or may not have seeped into his reality—and, per a review from Variety, may have caused him to kill someone. His mother, played by Abbie Cornish, sends him to a futuristic clinic—where according to IMDb, patients are made to "wildly transform their bodies and minds using genetic engineering"—which promises to help rid him of these visions and make him "flawless through a procedure where he cuts out cubes of his own flesh with a box cutter " per Variety.

But, of course, the treatment is not as simple as promised. "By planting plug-and-play characteristics directly into his own body," says the press release, "he is relieved of his dark, twisted visions, but his body pays the price for purity of mind." The trailer shows at least one part of this as his eyes become black.

Perfect releases on June 21 to video-on-demand service Breaker.io. It will also premiere in New York on May 17, and in Los Angeles on May 24. Watch the first trailer, below.