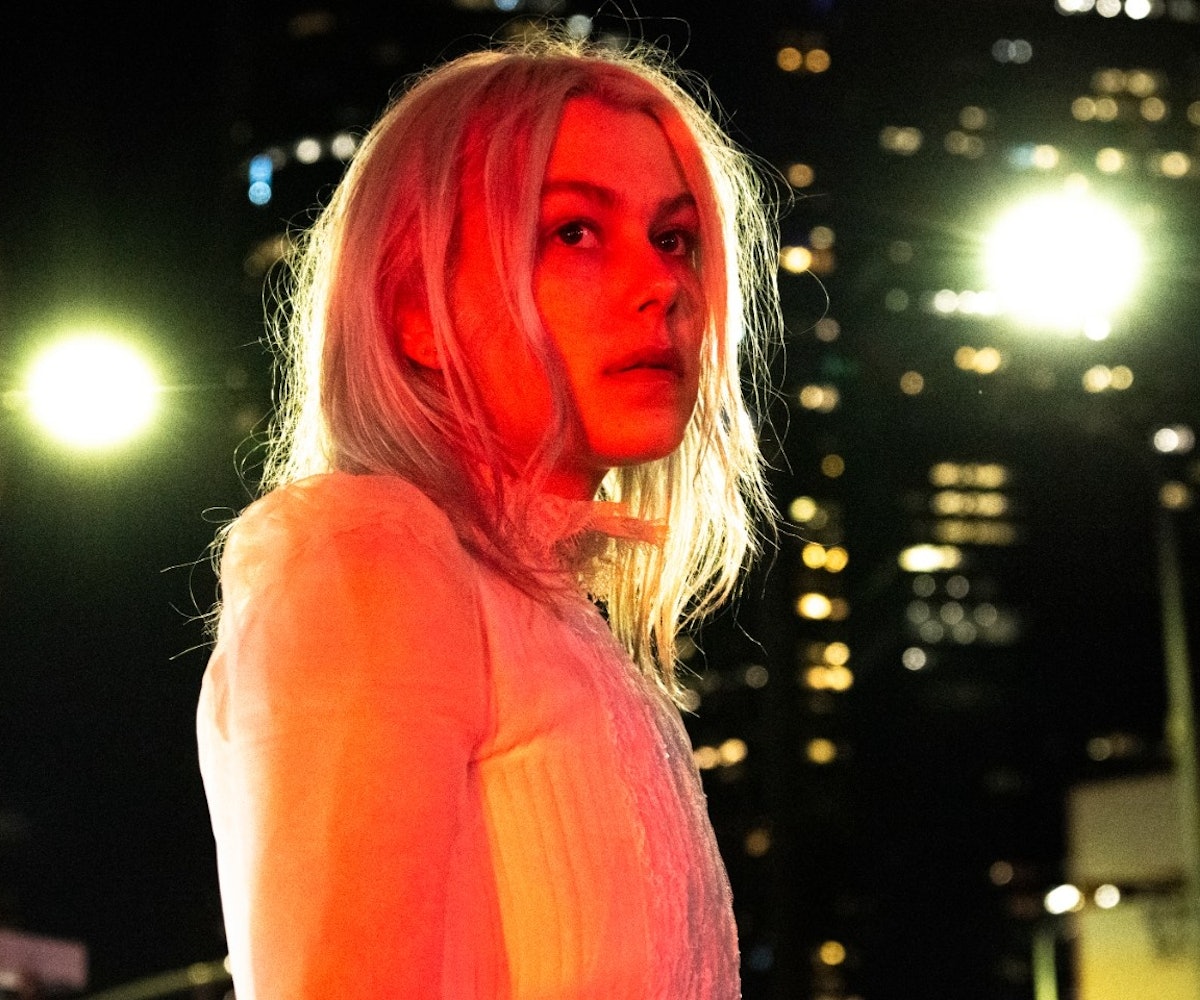 Nearly three years after Phoebe Bridgers released her excellent debut record, the Los Angeles singer-songwriter has finally announced its long-awaited follow-up. Titled Punisher, Bridgers' 11-track sophomore album will be released on June 19 via Dead Oceans, with Bridgers stepping in as co-producer for the project alongside returning Stranger In The Alps collaborators, Tony Berg and Ethan Gruska. To go alongside the announce, Bridgers also unveiled the new song and video, "Kyoto," which finds her flying through scenic Japan via green screen.

A song Bridgers has already performed live once before, "Kyoto" pairs her frank lyricism with upbeat, rumbling guitar that really takes off on its yearning hook: "I wanted to see the world through your eyes until it happened/ Then I changed my mind."

"This song is about impostor syndrome," Bridgers writes of the track in a press release. "About being in Japan for the first time, somewhere I've always wanted to go, and playing my music to people who want to hear it, feeling like I'm living someone else's life. I dissociate when bad things happen to me, but also when good things happen. It can feel like I'm performing what I think I'm supposed to be like. I wrote this one as a ballad first, but at that point I was so sick of recording slow songs, it turned into this."

In the video, Bridgers, donning the same skeletal suit from the album art, marches through cherry blossom orchards and arcades, eventually beaming down Godzilla with lasers shooting from her eyes.

Punisher is set to feature several of Bridgers' close collaborators from other projects, including Lucy Dacus and Julien Baker of boygenius, and Conor Oberst of Better Oblivion Community Center. See the album artwork and full track list below, and hear "Kyoto."