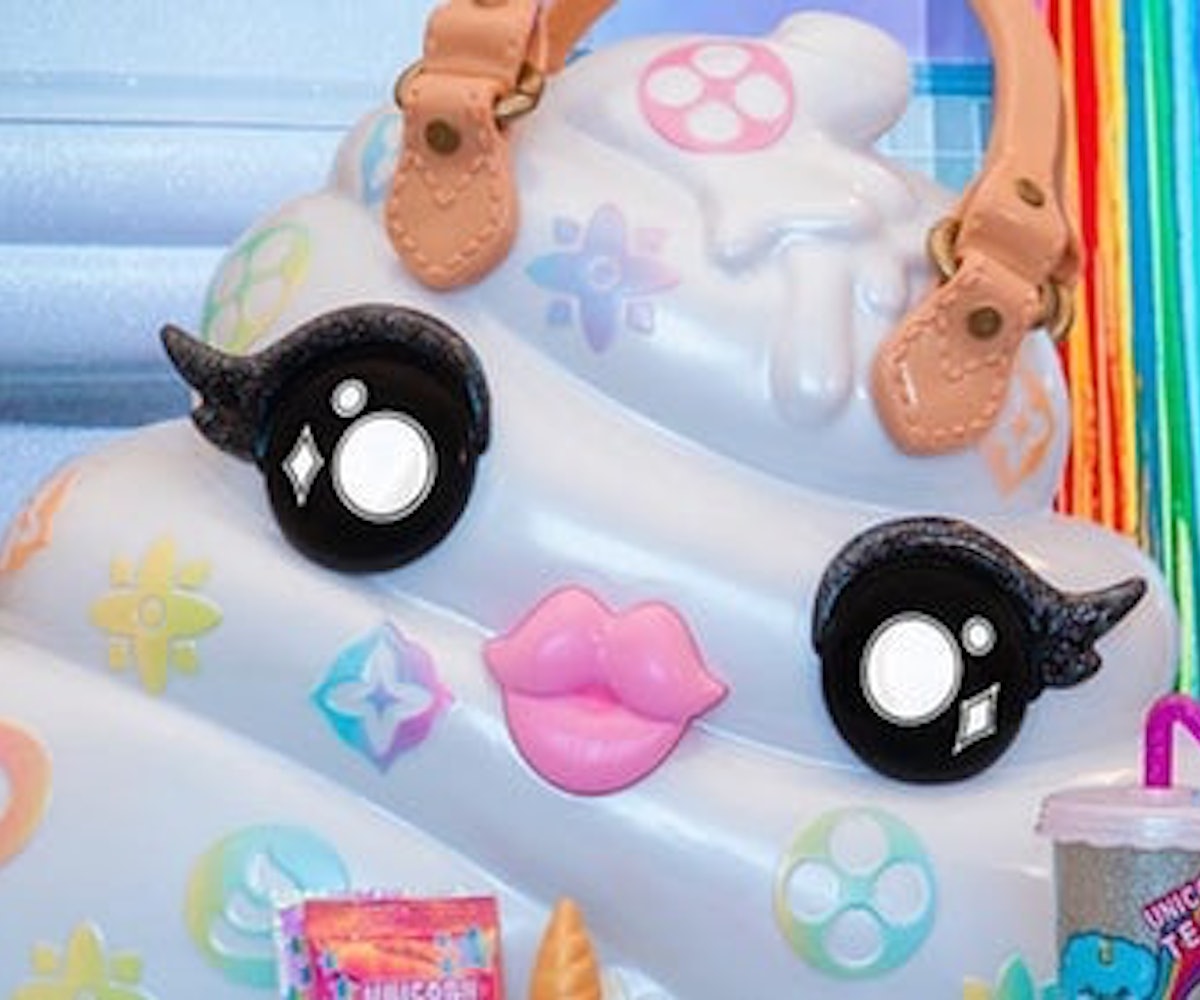 In today's hard-to-believe news, a toy company behind a "Pooey Puitton," a purse for children, is preemptively suing Louis Vuitton's parent company, LVMH, to prevent sales interference from the luxury fashion house.

MGA Entertainment is the maker of the said purse that is shaped like the poop emoji and filled with slime powder that creates a "rainbow of poop" when water is added. The product was designed to mock Louis Vuitton's designer bags, with straps and embellishments that evoke the original.

The bag is a parody, the brand says, and is "intended to criticize or comment upon the rich and famous, the Louis Vuitton name, the LV marks, and on their conspicuous consumption." It is seeking a court declaration that says the toy is a protected parody and that it doesn't infringe upon Louis Vuitton's intellectual property rights.