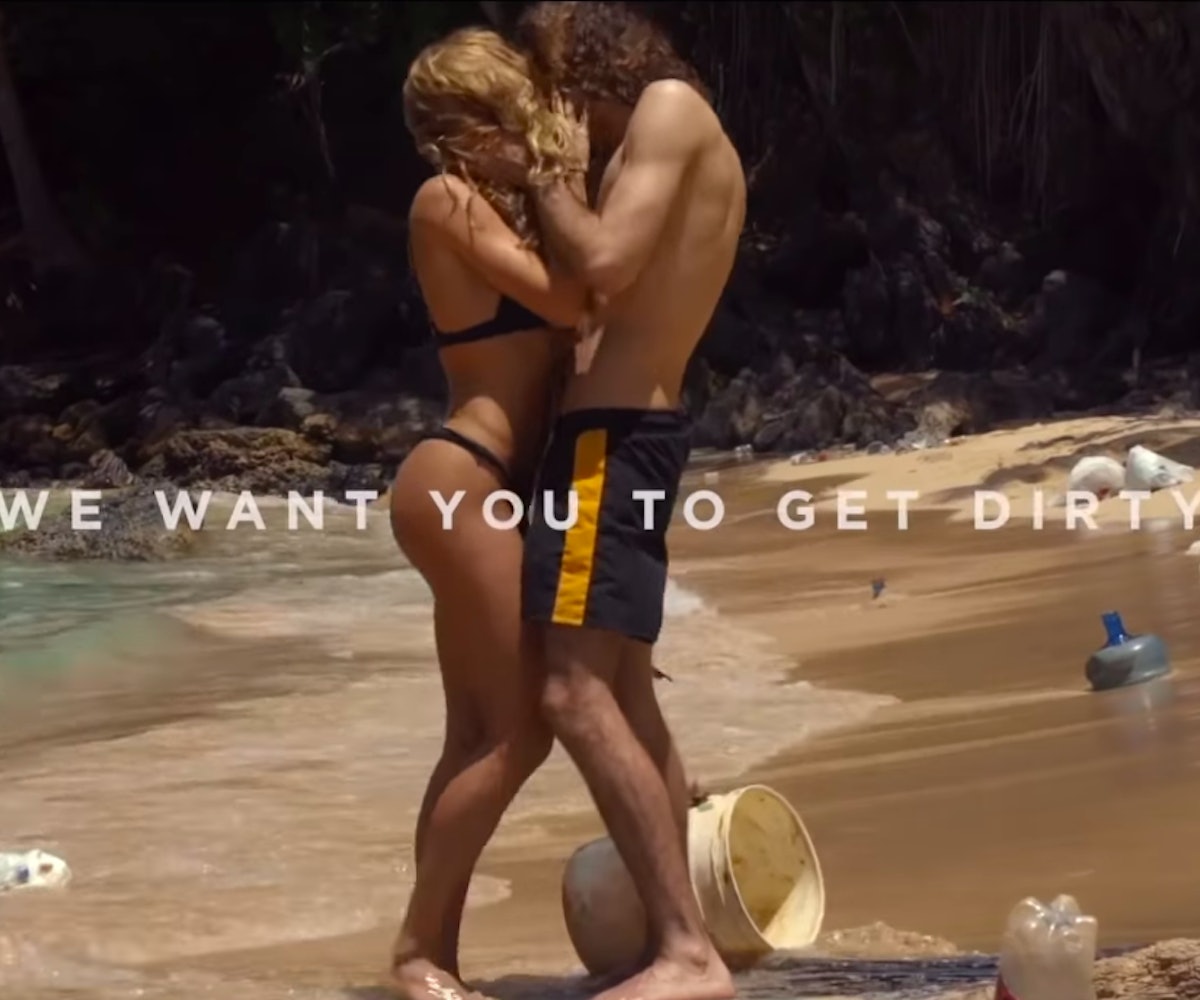 And that's just the trailer: The site has filmed an entire X-rated film with the couple on this beach, and with each view, it's pledged to make a donation to Ocean Polymers, a waste management service that removes plastics from the ocean.

You can watch the trailer, below, and if you're interested, check out the full-length film at the campaign's website. If you'd rather not partake, the site also has some tips for reducing your use of single-use plastics.

NEXT UP
Life
Netflix Dropped A Sneak Peek Of Bridgerton Season 3
Life
Alison Roman Is Getting Her Own Cooking Show
Entertainment
They Didn’t Act. They Didn’t Sing. Then TikTok Changed Everything.
Fashion
The Mid-’90s 'Derry Girls' Costumes Are A Forever Nostalgic Classic