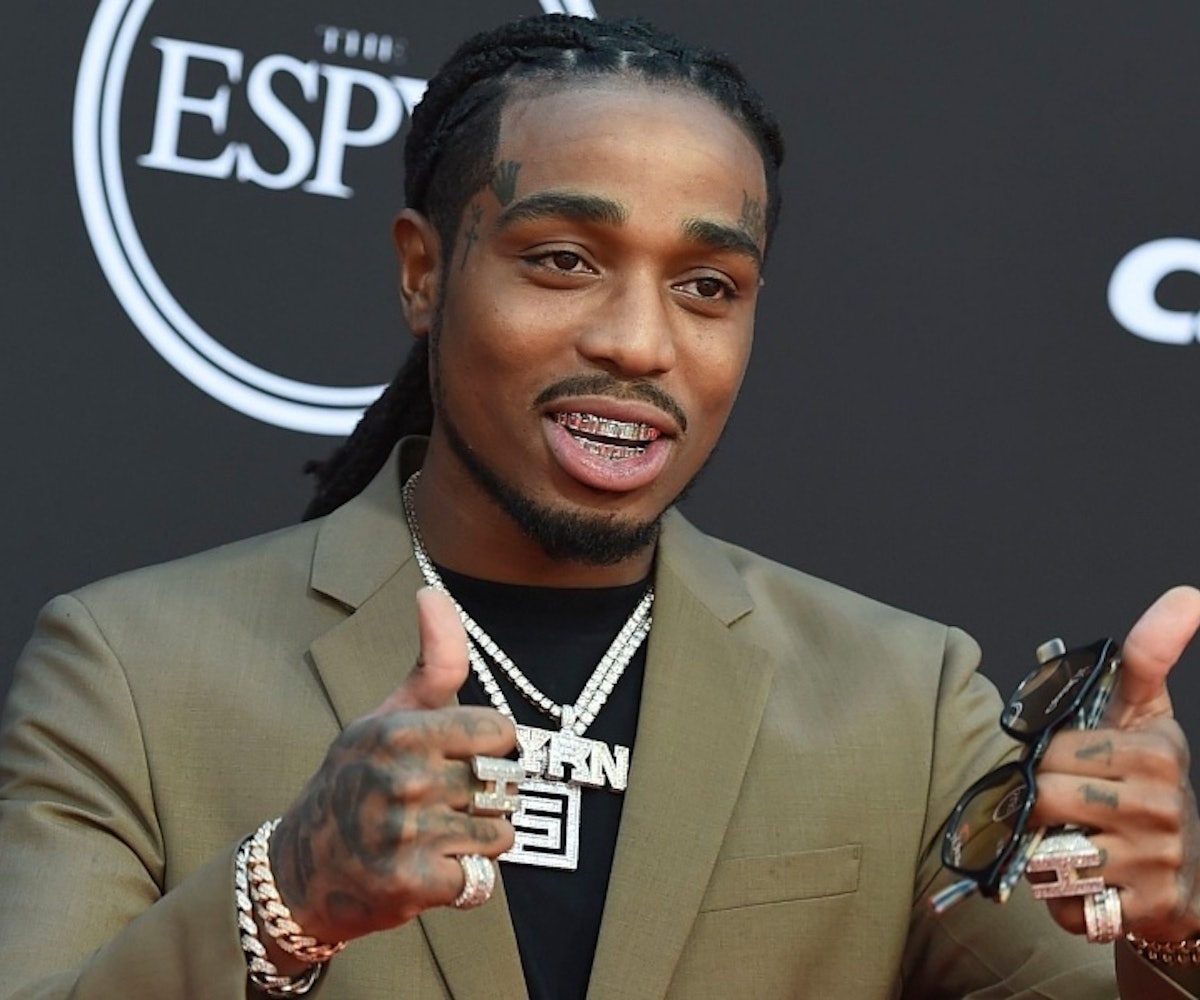 In an amazing new venture with Imagine Entertainment, Migos member Quavo is about to make a cartoon kids series. Complex is reporting that the upcoming show, which is his first-ever film or television project, will be aimed at kids ages eight to 12.

In a press statement sent to the outlet, he said that his cartoon "will definitely reflect the creativity, love, and families in and around the NAWF side of Atlanta where we grew up."

As part of the Migos, Quavo has been responsible for redefining trap music, a sound that has hooked a generation of young people. Speaking to this influence, he said "I have long seen how hip-hop as well as our music (Migos) really impacts kids," adding that he's loved animation his whole life. Quavo will executive produce the show alongside Imagine Entertainment co-founder Brian Grazer. Quality Control founders Pierre "Pee" Thomas and Kevin "Coach K" Lee will also be producing, marking the relatively new record label's first foray into the television space as well.

They are taking advantage of the relationship between hip-hop and animation that has existed for years. From the animated covers of Rap Snacks chips (Migos has their own flavors) to colorful music videos and rappers voicing themselves or other characters in popular animated shows, the two genres are no strangers to each other. I'm all in for Quavo taking it to the next level. Now let's just make sure the show incorporates his signature ad-libs.

NEXT UP
Life
NYLON Daily Newsletter: November 23, 2022
Fashion
Kim Petras Wore An All-Denim Homage To Britney Spears At The 2022 AMAs
Culture
Simona Tabasco Is the Lifeblood of The White Lotus
NYLON Nineteen
Kosar Ali Is A Met Gala Aficionado