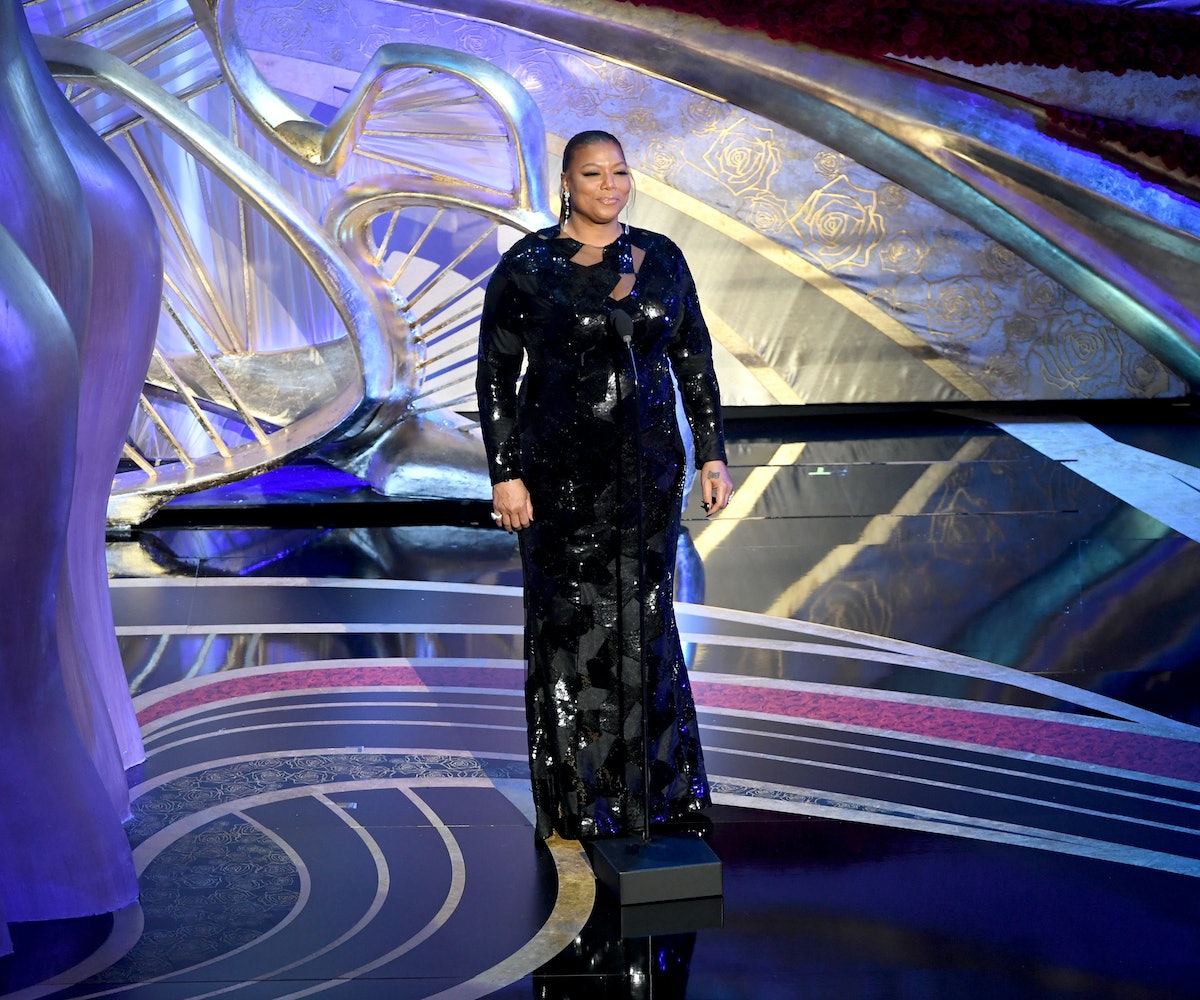 The Academy Awards do this thing where, throughout the night, they present highlight reels of all of the films nominated for Best Picture. This year, Tom Morello presented Vice. Serena Williams presented A Star Is Born. Queen Latifah presented The Favourite. Pause.

During her short speech, where she gave a dramatic synopsis of the film about a young woman (Emma Stone) trying to win over the favor of Queen Anne (Olivia Colman) by any means necessary, Latifah quipped, "It's not easy being queen." Get it? She's Queen Latifah, Anne is a queen. Cute. But there are way more important undertones to discuss.

Queen Latifah is a queer icon. She has avoided direct confirmations about her own sexuality, despite many public sightings of PDA between her and long-rumored partner Eboni Nichols. Personal relationships aside, Latifah has often represented the LGBTQ+ community via the roles she's played onscreen. She served big dick energy as Cleo in Set It Off, as the titular character in the Bessie Smith biopic, and that time she played the Wiz in The Wiz Live!. Is it a coincidence that she was selected to present the movie about the secret affair between a monarch and her female subjects? I think not, and I'm not the only one who peeped it.