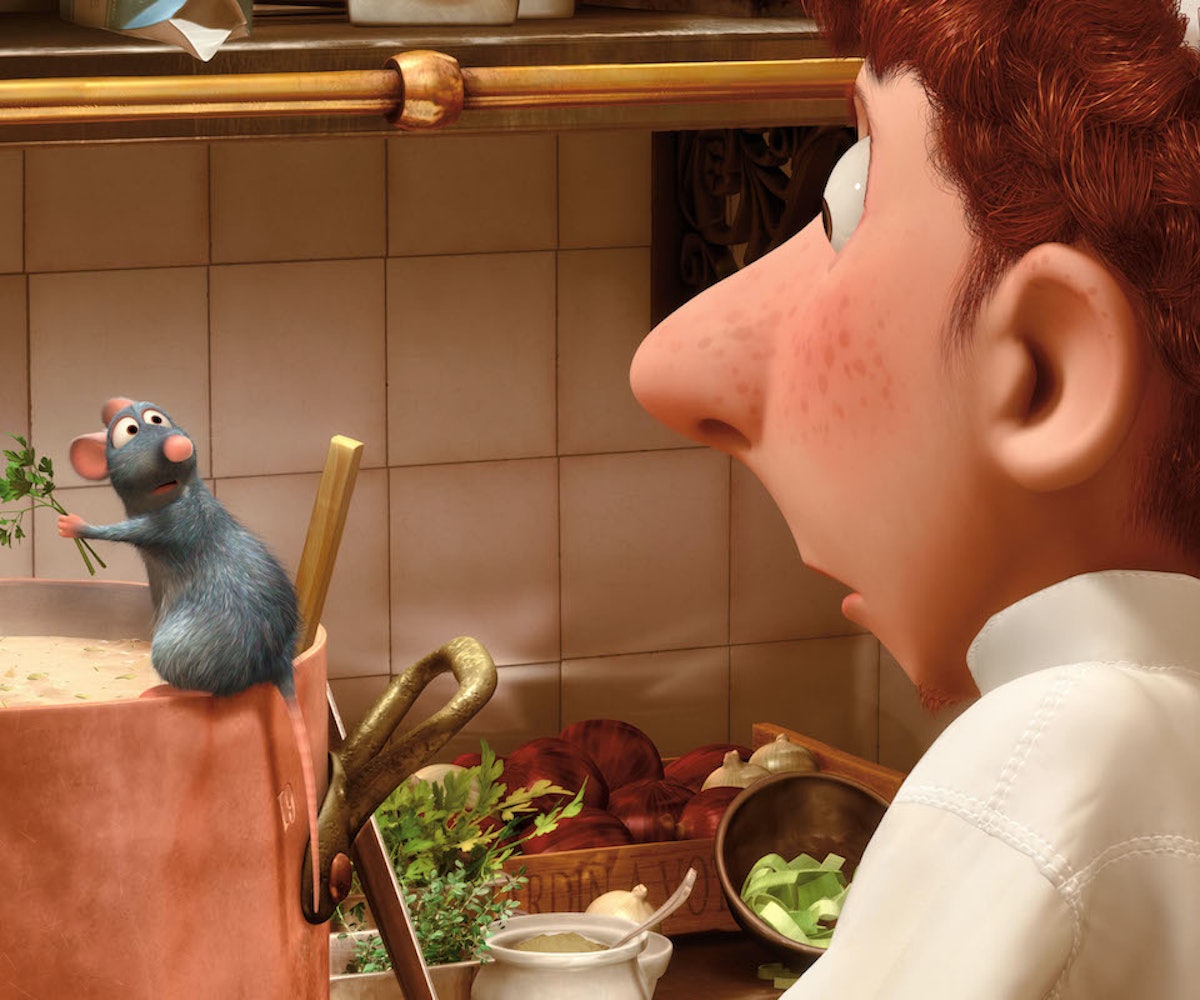 The magic of Pixar's Ratatouille lies in its unmitigated love of creativity. The 2007 film centers around Remy, a young rat accidentally separated from his family who finds himself living in Paris, as a chef. However, even with, or perhaps because of, that outlandish plot, the film continues to resonant with young people on social media to the point of it becoming a popularpunchline.

Remy and his magic hair-pulling powers have provided excellent fodder for creative content on TikTok especially, with the film's repeating song, "Le Festin," appearing in nearly all of them. "Le Festin," aka "The Feast," is the main song of Ratatouille, performed by French singer Camille Dalmais. It manages to be both catchy and calming, but on TikTok, "Le Festin" has been remixed with Nicki Minaj's boisterous "Roman Holiday," by a user named dirtcups. This remix feels like both the pre and post experiences of an anxiety-inducing moment, and there are roughly 350,000 videos that have tapped into that feeling using the song.

One such video, made by 18-year-old high school DejaLawerence, has received at least two million likes, something that surprised her given the spontaneity with which she made the video. Deja tells NYLON that she didn't realize the algorithm would favor her so well, saying, "The idea for my video was so spontaneous, I really didn't even expect it to be anywhere near as popular as it is now."

This also happened to 18-year old Jordan Thompson, who jokingly attempted to read/recreate French by singing "Le Festin." She says she wasn't even trying to make a viral TikTok, but heard the Ratatouille song on the app and tried to see if she could sing it. The video not only ended up going viral with over a million views, but also created a trend wherein other creators on the app would see if they could pronounce the song whilst not being able to speak French.

Some users have even foregone editing "Le Festin" at all and instead, have opted to add the audio onto their videos no matter the context. While scrolling through the most popular version of this audio, you can see the diversity of content on TikTok all inspired by this one film: from delicious recipe tutorials to people doing their hair, rodents being dressed up as Remy and even people washing their sanitary products. 18-year old Shelly Sullivan uploaded a video of her washing her Diva Cup last December, and it's reached around three million views. With the majestic "Le Festin" in the background, the video feels like a cooking segment from Ratatouille, something Sullivan didn't even think of at the time; it was the same spontaneity that had inspired the videos made by Jordan and Deja. Sullivan tells NYLON, "I've been making videos on the app with no effort since August, and I thought it would get 50k views max, nothing close to what it's at now."

Serious covers of the song also litter the app, with many users paying sincere homage to the beloved film. Singer-songwriter Luke Trepanier, who has a knack for creating viral content, says in his version of the "Le Festin" video that as he is French, he wanted to take a shot at covering the song. Trepanier tells NYLON that TikTok as a platform has always had an affinity for French music — last year "Amour Plastique" became a prominent song to use within aesthetic videos, and "Tourner Dans le vide" was similarly inescapable. Luke attributes the surge of Ratatouille song memes to that love. TikTok as a platform is obsessed with aesthetics, and the rustic Parisian vibes of these memes only further cements that the memes of Gen Z go beyond humor to create a multi-layered experience of the senses.

With its ever-expansive editing facilities, TikTok is designed for content to go viral. Last year, the "Ok, Boomer" meme flourished on the app. It was almost inescapable at one point, and even had people genuinely complaining that it was some sort of discrimination against Boomers. In many ways, TikTok is an admirable success story, with its growth from being the cringe-worthy app Musical.ly to what many consider to be the second coming of Vine. Even though many users, Trepanier included, originally joined TikTok to mock its content, it's become the current cultural zeitgeist of Gen Z.

However, even with its growing popularity, TikTok does not come without controversy, as last year the company admitted that they willingly censor content from minority creators and most recently, it was revealed that one of the most popular dances stemming from the app was essentially stolen from 14-year-old Jalaliah Harmon. At times, TikTok can come across as a gentrified version of Triller & Dubsmash, two online video platforms that were popularized by African-American creatives. When you scroll through TikTok, it's clear that there's a huge white suburban teenage user base — strange considering that it seems for every hilarious video, there are two more featuring white kids appropriating and mocking African-American culture through misplaced AAVE and blaccents. This disregard for Black culture and Black creatives is nothing new to the online space, as it also happened on Vine more than once.

This is not to say that TikTok doesn't serve as an expansive place for Gen-Z creatives, it just means that the platforms we use are nuanced and tend to reflect the problems we already have. TikTok can in fact both be a place where discussions should be had about the legacy of Black creatives and also a place where people can goof off with Ratatouille memes. The irony of Ratatouille becoming a major meme in the Year of the Rat is not lost on me at all. In fact, in many ways, the algorithmic absurdity of our world post-2016 seems to only get more and more meme-like. "Le Festin" in particular is the glue that holds this trend together, for it is due to our collective nostalgia for the song that we can recreate moments from our childhood in any way we see fit, and that in itself is the magic of TikTok. It is a place that holds a multitude of identities, and a space where the new is finally embraced.

Don't just take it from me, as curmudgeonly critic Anton Ego explains in the final Ratatouille monologue:

"In many ways, the work of a critic is easy," he says. "We risk very little yet enjoy a position over those who offer up their work and their selves to our judgment. We thrive on negative criticism, which is fun to write and to read. But the bitter truth we critics must face, is that in the grand scheme of things, the average piece of junk is probably more meaningful than our criticism designating it so. But there are times when a critic truly risks something, and that is in the discovery and defense of the new. The world is often unkind to new talent, new creations, the new needs friends... Not everyone can become a great artist, but a great artist can come from anywhere."