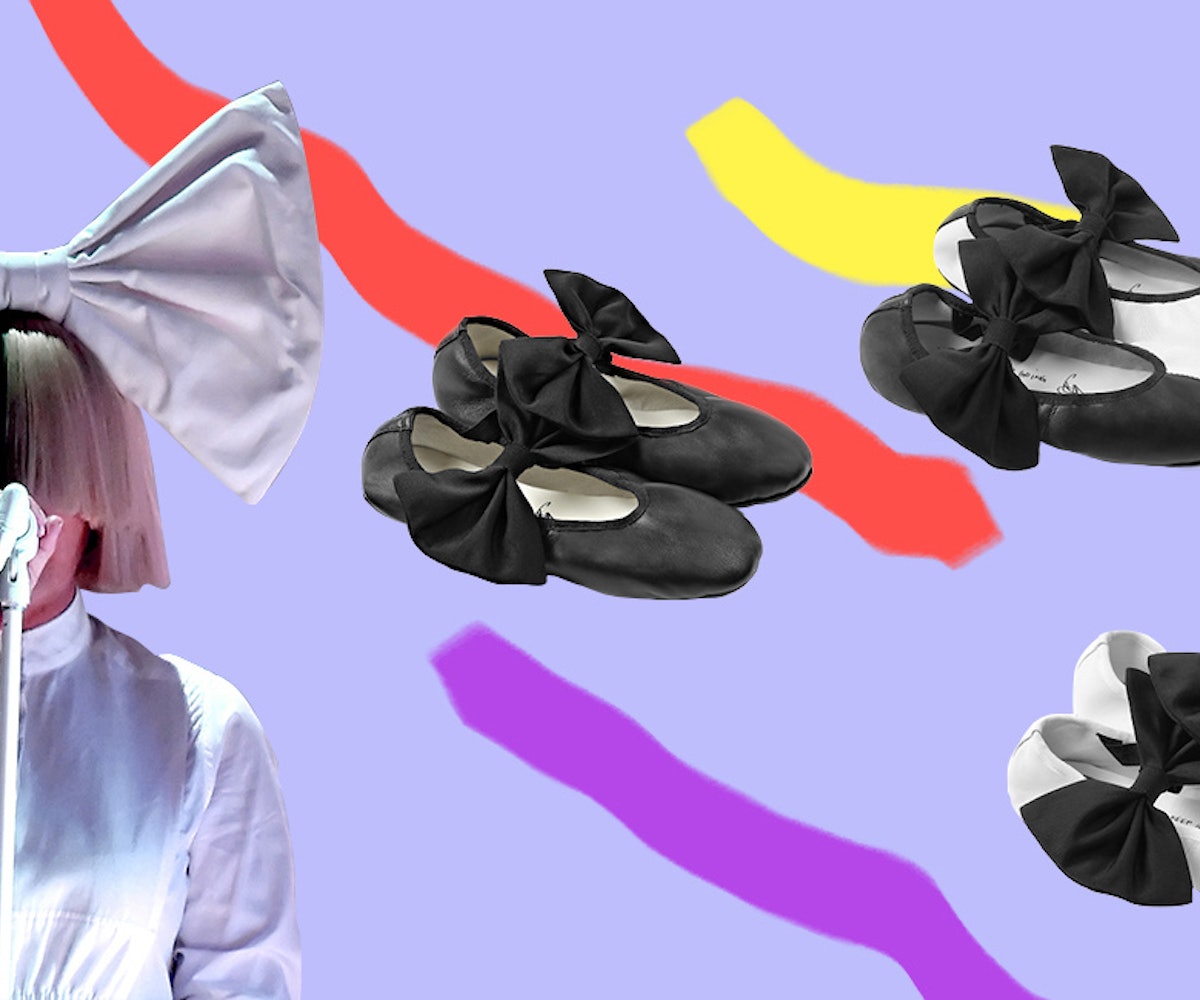 Photos by Kevin Winter/Getty Images and courtesy of Repetto.

Pop icon Sia has an exciting new project coming our way—and, no, it's not a new album. The singer has teamed up with French fashion and dance label Repetto to launch her very first shoe collection. Being that a Sia performance often includes some pretty epic dance moments, this new partnership makes perfect sense.

Repetto by Sia will consist of three different styles. The first shoe, the Sophia ballerina flat, reimagines the brand's classic ballet-inspired shoe in colorways most associated with the singer: black, white, and a striking half-and-half version, and include an oversized bow detail, an ode to Sia's own iconic accessory. Each shoe will be inscribed with Sia's mantra, "I love you, keep going."

The collab will officially kick off with an installation at Repetto's flagship store in Paris at the start of Paris Fashion Week this February and, according to the brand, this will be the first of many upcoming projects with the star.

The Sophia flat is available for pre-order now at Repetto, and will officially drop on February 25, along with two other two styles. Take a closer look at what's to come, below.

Repetto by Sia, Sophia in White, $195, available for pre-order at Repetto.

Repetto by Sia, Sophia in Black, $195, available for pre-order at Repetto.

Repetto by Sia, Sophia in Bicolor, $195, available for pre-order at Repetto.