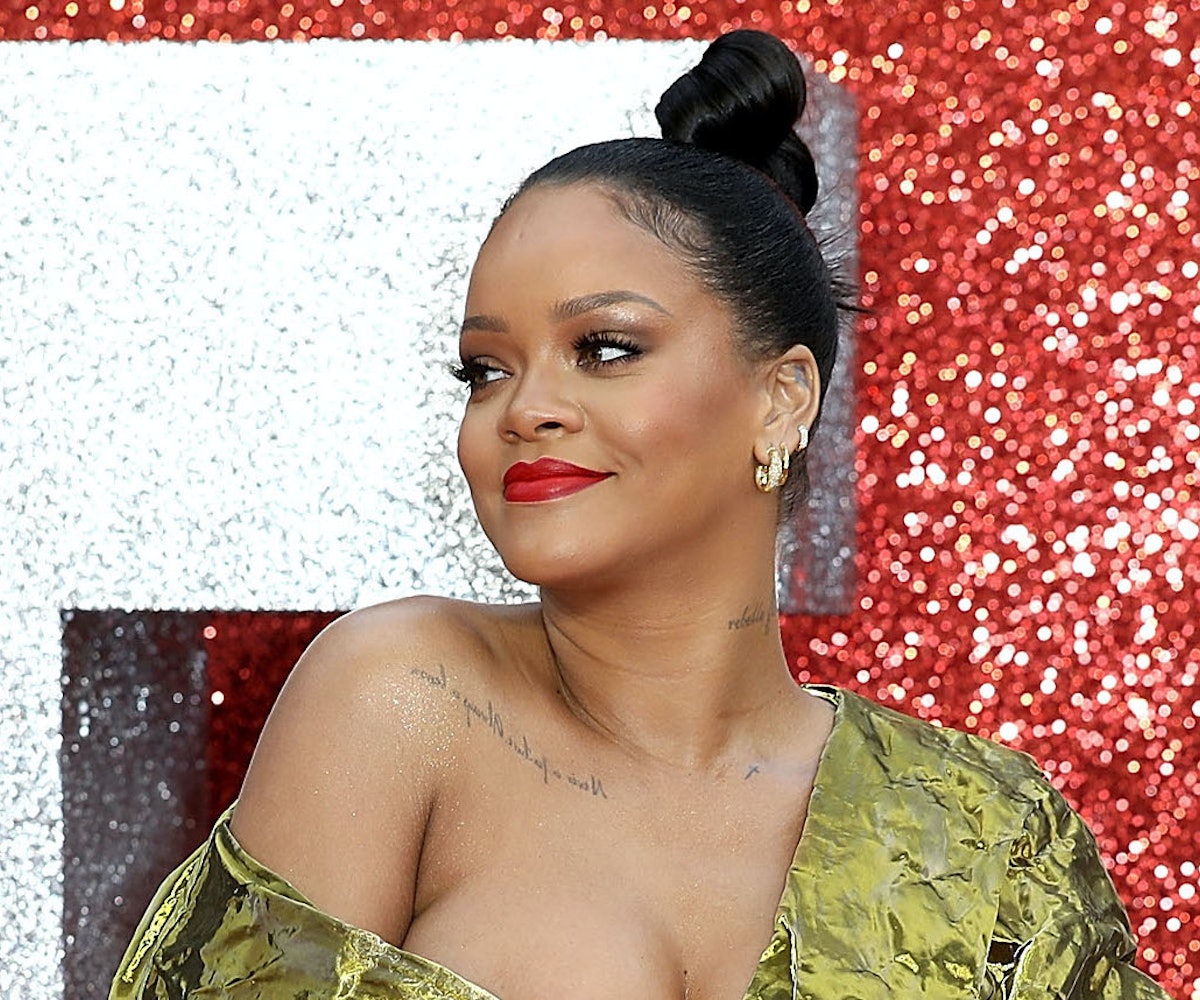 In an announcement posted to its Instagram page, it was revealed that Fenty's latest launch is a "3D, superfine powder" called the Fairy Bomb Shimmering Powder. The powders come in three shades: a rose gold called "Rosé on Ice," a gold called "24Kray," and a copper called "Coppa Chill." According to Fenty's site, each will cost you $28.

Fenty Beauty also posted a series of instructional videos to show how to wear them, and it looks like you can dust them all over your face and body.

The powders drop tomorrow, December 7, which is the same day as the new Gloss Bomb shade hits shelves. The Fairy Bomb will only be sold online, at the brand's own website, Sephora, and Harvey Nichols. If you're dying to get it before anyone else, though, you can order it now through the Sephora app.