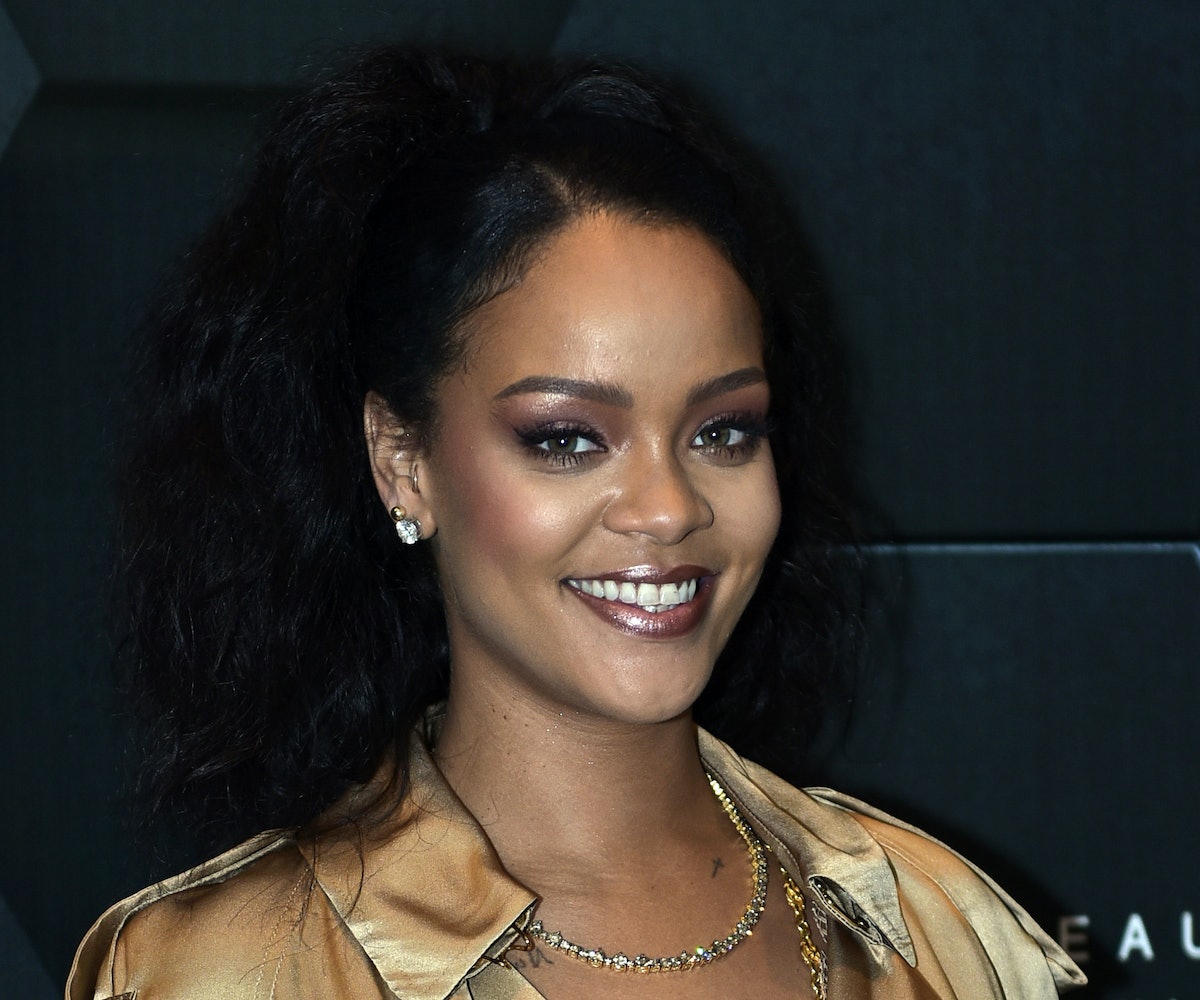 Multiple sources are confirming that Rihanna is in the process of launching a luxury fashion house with LVMH, according to a report byWWD.

Sources say that the higher-ups at the luxury goods conglomerate—that houses the likes of Givenchy, Fendi, and Dior—have been in secret talks with Rih to launch the house, which will be the first time LVMH has started a fashion house from scratch since Christian Lacroix in 1987. The company has also appointed employees from within to help her and her associates with the project, apparently including people who have worked with Celine and Louis Vuitton.

Earlier this week, Rihanna was spotted wearing sunglasses with the Fenty name etched on the sides, which led the internet to suspect that she was going to launch an accessories line. But this collaboration will be much more expansive. Sources say that the collections "will span ready-to-wear, leather goods, and accessories." What's more, there are talks of the line being released along with Rihanna's ninth album, which is rumored to drop at some point this year. Call 2019 the year of Rih.

Rihanna has been involved in fashion design for a while now. Other than her Savage X Fenty line of lingerie, she has designed sunglasses for Dior, collaborated on a line of clothing for River Island, and served as a temporary creative director for Puma. We're excited to see what this brand will have in store.