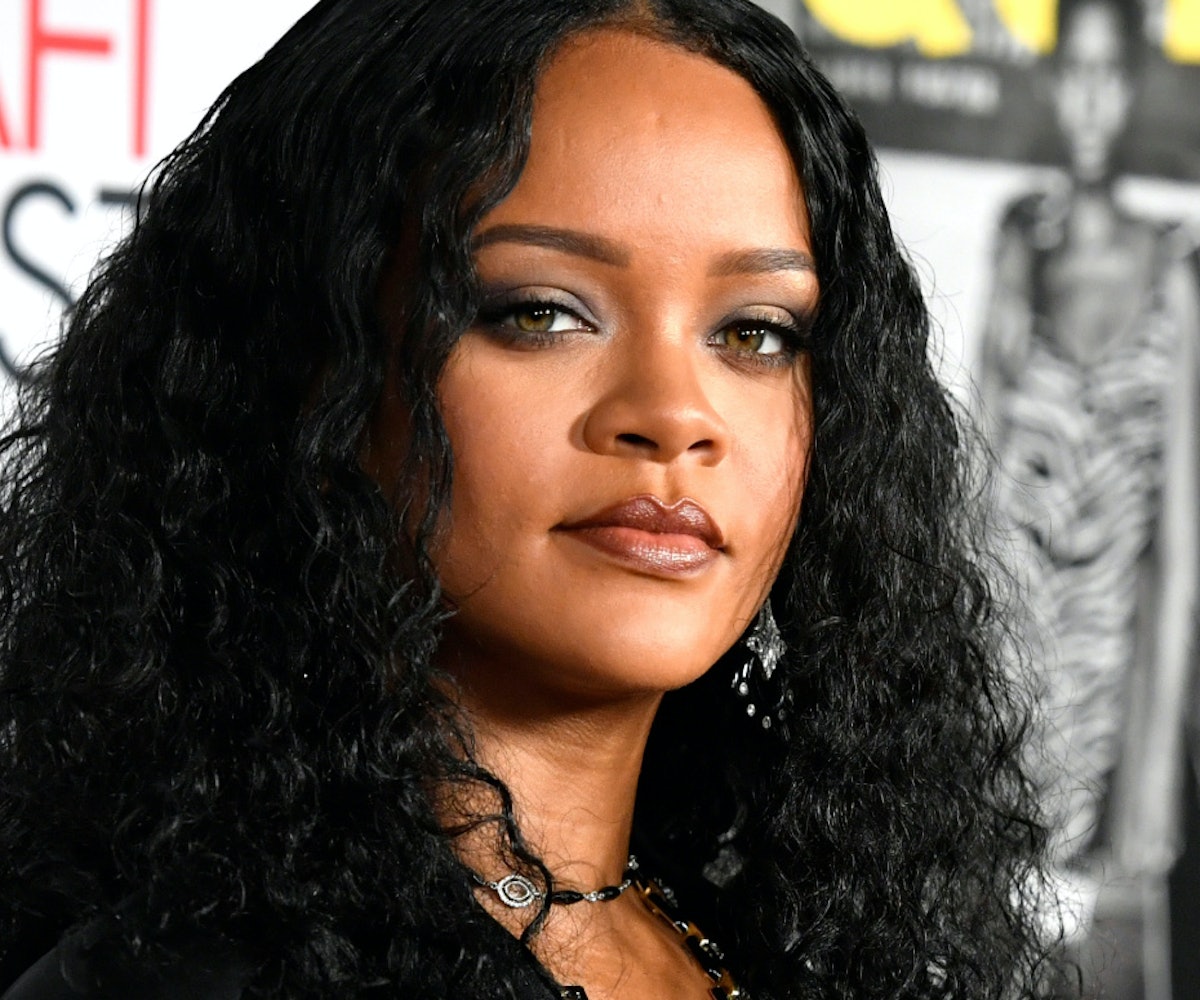 It's not often that you get a special red carpet appearance from Rihanna for the premiere of a new film, but the singer-turned-business-mogul made sure to show love for "Queen & Slim" at the 2019 AFI Fest on Thursday night in Los Angeles. Written by Lena Waithe and directed by Melina Matsoukas, the upcoming movie, which arrives in theaters on November 27, follows co-stars Jodie Turner-Smith and Daniel Kaluuya on the run after their first date turns into a region-wide manhunt.

While Rihanna could have easily worn one of her own Fenty designs, stylist Jahleel Weaver decided to dress her in a black satin kimono coat from John Galliano's Spring 1995 collection, which was provided by fashion archive treasure trove William Vintage. She accessorized the goth-ethereal look with layered necklaces (a mix of David Webb and Neil Lane jewelry), rings by Loree Rodkin, strappy Manolo Blahnik heels, and a matching mini "Titania" satin handbag by Jimmy Choo.

Other big-name stars also showed their support for "Queen & Slim" on the red carpet, including Zendaya, who wore a textured caftan dress by Imane Ayissi, Janelle Monáe in her signature black-and-white (by Mara Hoffman), and Tracee Ellis Ross in a tailored jacket and wide-leg trousers from J.W. Anderson. As for the stars of the film: Turner-Smith wore a custom lilac gown by Gucci; Matsoukas sported a green-and-pink leather look by Central Saint Martins grad Daisy Yu; Waithe chose a head-to-toe Richfresh outfit; and Kaluuya wore a white Dior Homme suit.

See the rest of our favorite red carpet looks from the premiere of "Queen & Slim," below.

NEXT UP
Fashion
Olivia Rodrigo Wore a Sheer Slip Dress To The 2023 Grammys
Culture
The Cutest Couples At The 2023 Grammys
Fashion
Apple Martin Is A Chanel Girl Now
Beauty
The Best Beauty Looks From The 2023 Grammy Awards
Style + Culture, delivered straight to your inbox.