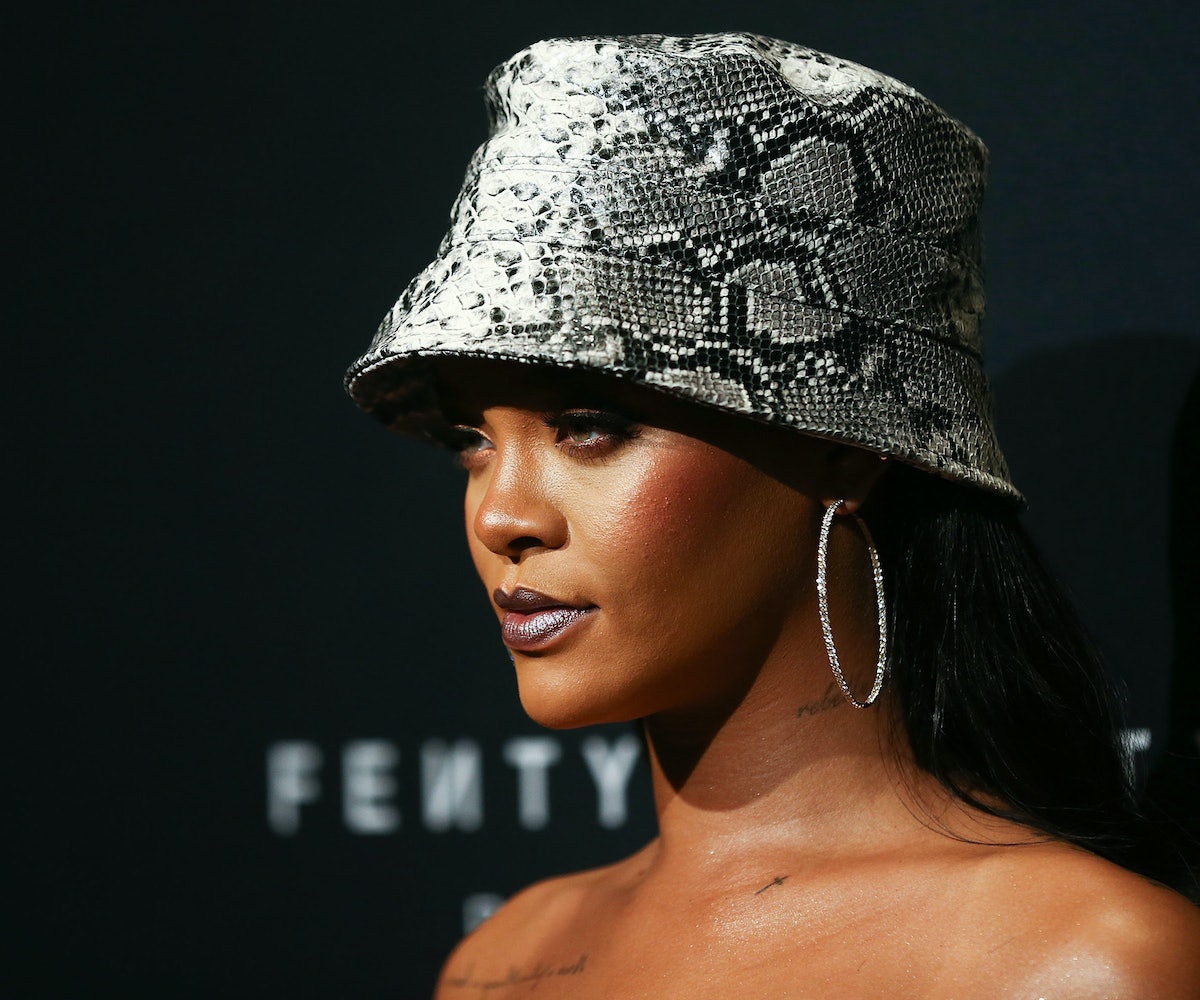 Robyn Rihanna Fenty is allegedly suing her father, Ronald Fenty, for using their last name without her permission.

According to TMZ and Pitchfork, the singer claims that her father and his business partner, Moses Joktan Perkins, started a talent development company in 2017 called Fenty Entertainment. The documents outline that the pair "have used these lies in a fraudulent effort to solicit millions of dollars from unsuspecting third parties in exchange for the false promise that they were authorized to act on Rihanna's behalf, and/or that Rihanna would perform at various locations throughout the world." One of which was apparently a 15-show tour in Latin America for $15 million.

Not only is this fraudulent behavior, but Rihanna has allegedly trademarked the Fenty name to use in her different businesses.

The suit also outlines that the pair has been told to stop and sent several cease and desist letters. According to Variety, Rihanna is seeking claims for false advertisement and invasion of privacy. The lawsuit would also stop Ronald from using the Fenty trademark and from claiming that he represents his daughter.

Does this mean now she can finish that album of hers?

NEXT UP
Entertainment
Rihanna, Mitski, Lady Gaga Nominated For 2023 Oscars
Entertainment
Gracie Abrams & Gia Coppola On The Joy Of Free-Flowing Collaboration
Entertainment
Beyoncé Is Now The Most Awarded Artist In Grammy History
Entertainment
Harry Styles' "As It Was" Grammy Performance Featured A Silver Tinsel Onesie
Style + Culture, delivered straight to your inbox.