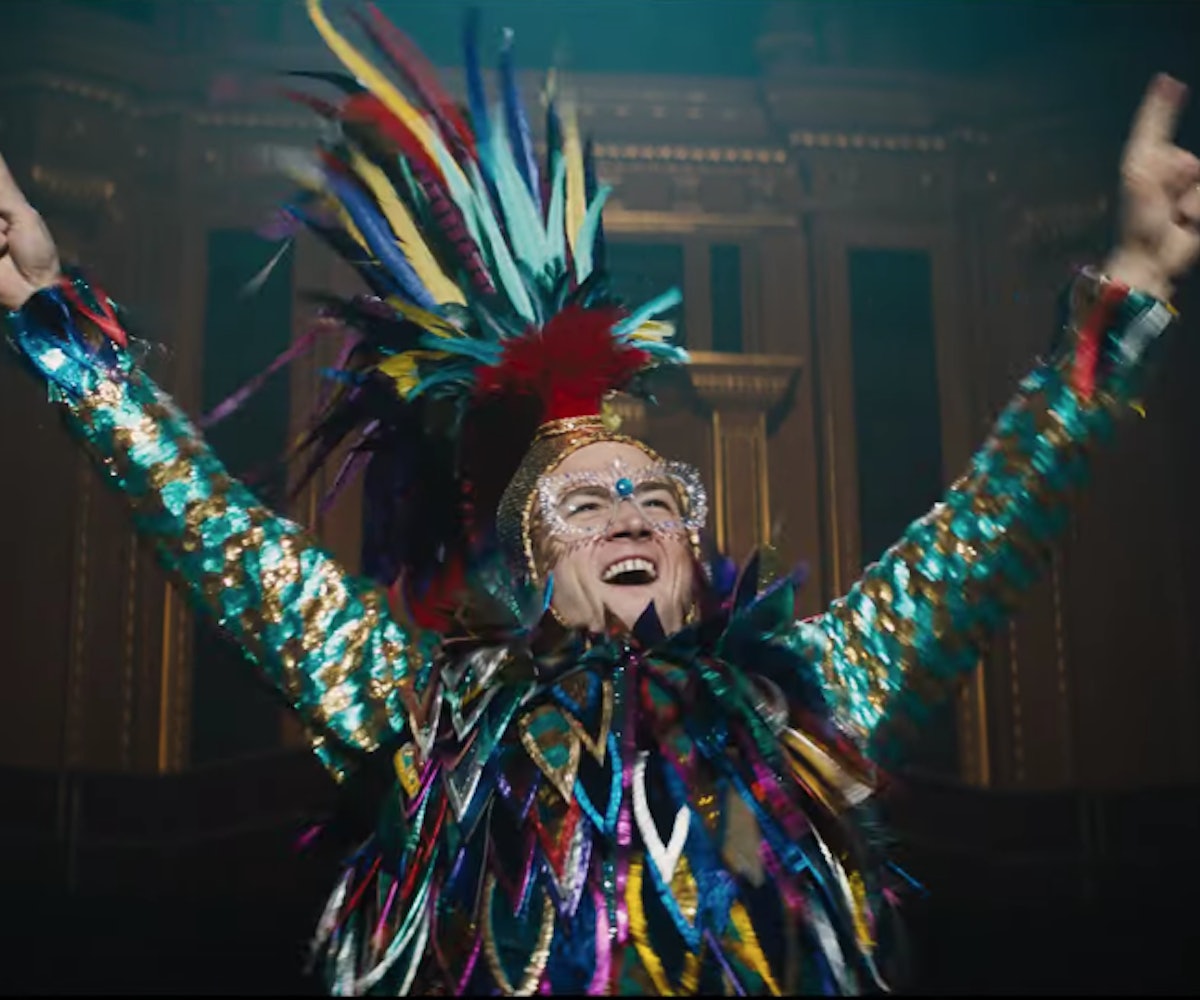 The first trailer for Rocketman, the biopic about Elton John, was just released, and I want every single outfit worn in the clip. I mean, of course, a movie about Elton John is going to have the best costumes of all time.

The film will show how Reginald Dwight (John's real name), a "boy from nowhere," came to be the megastar he is now. According to Indiewire, the film will incorporate both true-to-life and musical fantasy scenes to tell his story (hence the iconic outfits).

And though the singer was a flash of shiny, positive energy on stage, his personal life wasn't quite so bright. As we can tell by the trailer, the film will delve into the singer's history of heavy drug use and mental illness.

Rocketman stars Taron Egerton, as the singer, as well as Bryce Dallas Howard and Jamie Bell. The script was written by Lee Hall, the playwright behind Billy Elliot, and was directed by Dexter Fletcher. Fletcher took over directing for Bohemian Rhapsody after Bryan Singer was cut from the project for his sexual abuse allegations.

Rocketman will premiere on May 31. Watch the first trailer, below.