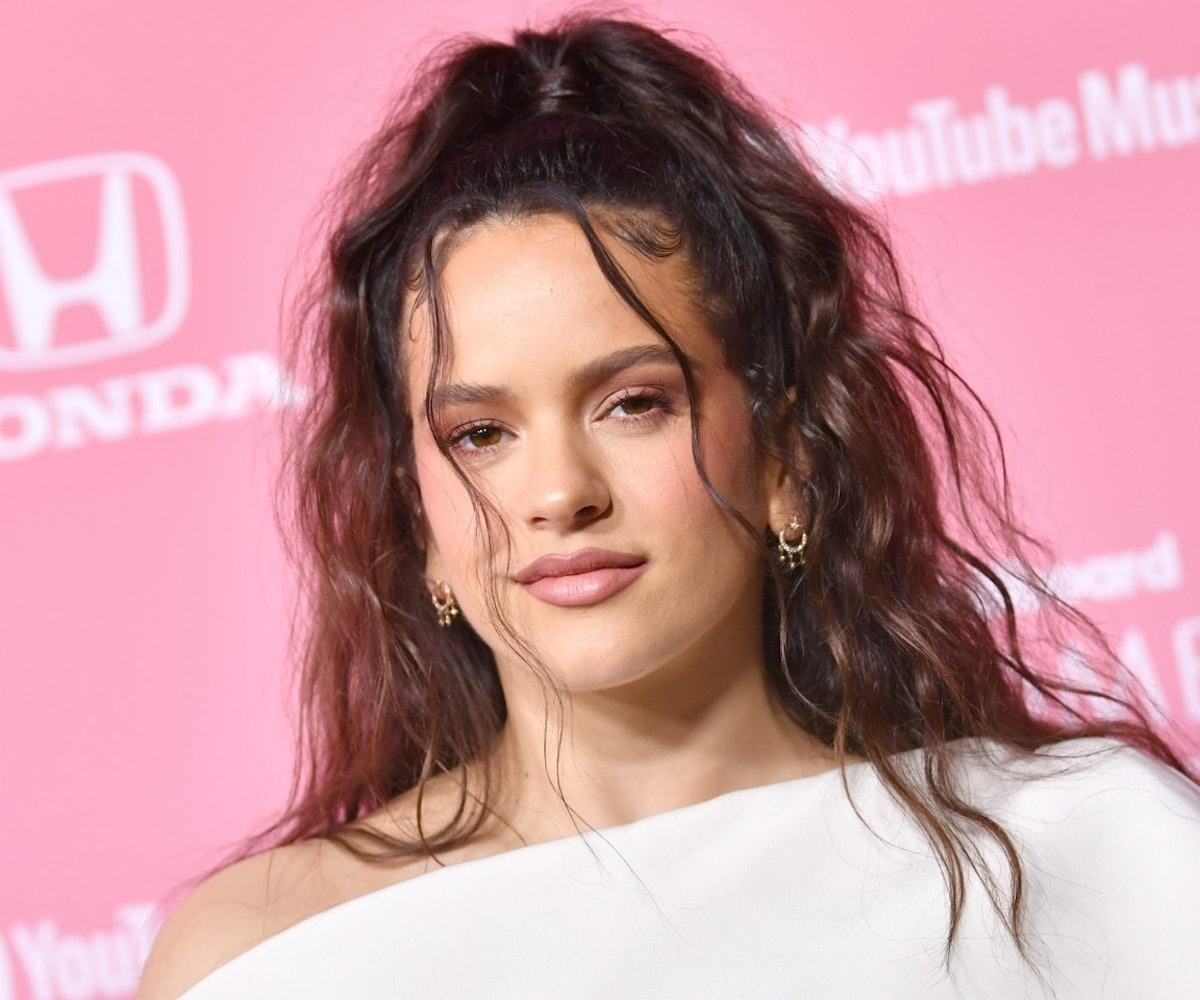 Rosalía can now count a collaboration with Travis Scott among her long list of achievements. The Spanish pop singer hopped on the new remix of "Highest In The Room" alongside Lil Baby, a cut from Scott's new JACKBOYS album which he dropped on Thursday. Who knew that Rosalía ad-libbing "Straight up!" and "It's lit!" was something we needed or deserved, but props to Scott for being the curator he is and delivering this musical blessing.

The "Con Altura" singer also has her own verse on the track which she delivers in Spanish and pretty much kills, further proving my personal belief that all songs would benefit greatly from a Rosalía feature. Alongside her previous features on James Blake's Assume Form, and the Game of Thrones soundtrack, this latest is merely confirmation of her meteoric rise and position in America's current pop culture canon.

JACKBOYS is the first album from Scott and his Cactus Jack record label roster. The 7-track project is a collection of new songs with appearances from Young Thug, Quavo, and Offset. It also features a cover shot by Harmony Korine, the director of Spring Breakers which the JACKBOYS album art heavily references. Listen to the "Highest In The Room" remix below.