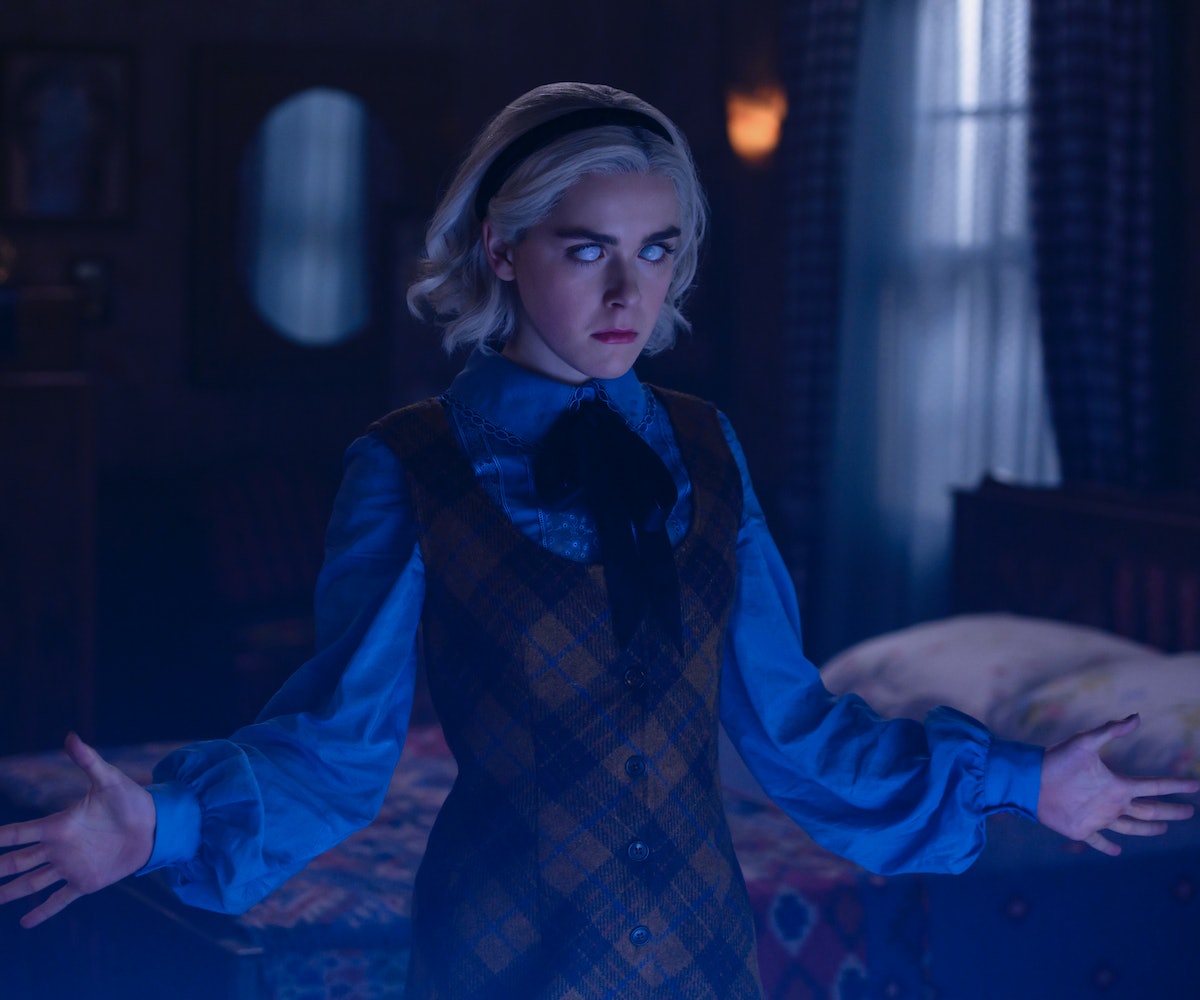 Netflix's Chilling Adventures of Sabrina is unapologetically gory, deviant, and, obviously, very Satan-centric. As wholesome as Sabrina's mortal problems are, the treachery unfolding within her coven, at home, and at the Academy of Unseen Arts is bound to give at least a few people nightmares. That's why it's best to follow a binge-watch of CAOS with a few puppy videos as a means of cleansing your mind before going to sleep.

But we'll admit it: We love the edgier thrills of Sabrina, and we bet you do too. So join us below as we relive some of the darkest moments from the second installment of Chilling Adventures of Sabrina. (And, of course, spoilers abound.)

The jock had it coming to him. Billy got way too much joy from tormenting Theo, who was figuring out his gender identity and trying to join the basketball team. I, too, thought a harmless spell that would make Billy trip over his feet was a good idea. But I wasn't ready for his bone to pop out of his leg as a result of a tumble down the stairs. Sabrina and Theo weren't either.

Why do the most beloved characters have to experience the worst violence? Theo wants his body to match his gender identity. With the help of a tarot reading, he's presented with a recipe for a paste that can help him obtain it. One side effect, though, is that it turns his limbs into tree bark. The only way he can save his entire body is to chop off his infected arm. And he does, with no small amount of blood. The good news? This gory scene didn't actually happen—it was only a very, very dark vision.

In another hypothetical future brought on by the tarot reading, Sabrina is put under some kind of floating spell by Nick. But Nick is a way better warlock than he is a magician, and Sabrina keeps floating, past the hospitable atmosphere. She ends up frozen and petrified in outer space—my own personal, if irrational, nightmare.

Chapter Fifteen: The murder of the anti-pope

I didn't know the Church of Night's anti-pope well, but I know he didn't deserve to be left in a pool of his own blood in a gory crime scene. Overkill much?

Chapter Seventeen: Lilith having to eat her lover

The devil's neglected "main chick" Lilith finally settled into the life of the woman whose body she inhabits, Mrs. Wardell (she killed her way back in Part One). When Mrs. Wardell's unsuspecting fiancé returned home from doing service work abroad, Lilith allowed herself to fall in love with the mortal. The Dark Lord didn't like that very much. So he killed the poor man and made Lilith eat his body for dinner.

Basically all of Chapter Seventeen

"The Missionaries" are angels fashioned after evangelical fanatics, which is scary enough on its own. But these missionaries are actually violent witch-hunters who stormed the Academy of Unseen Arts to kill all the witches and warlocks inside. Given the prevalence of attacks on religious institutions, the scene of them storming the Church of Night's official school was particularly horrific. Then also, when Sabrina turned into some X-Men version of herself after she brought herself and the other slain witches back from the dead, I know she was technically a hero in this moment, but her eyes turning white and her voice lowering several octaves really creeped me out.

Look, I live in New York so I am just as averse to rodents as the next Stepford wife. But I didn't need to see Aunt Zelda—under a charm that made her a mindless shell for Father Blackwood to dominate—put one into a meat grinder on her kitchen counter.

My friends often joke about how hard it is to date men. They laugh when posing the idea of simply building one for themselves. They wouldn't be laughing if they saw what Lillith went through to create Adam, her scarecrow man-pet. She had to take out her own rib, by hand, and put it into him to activate him into being. No man is worth that.