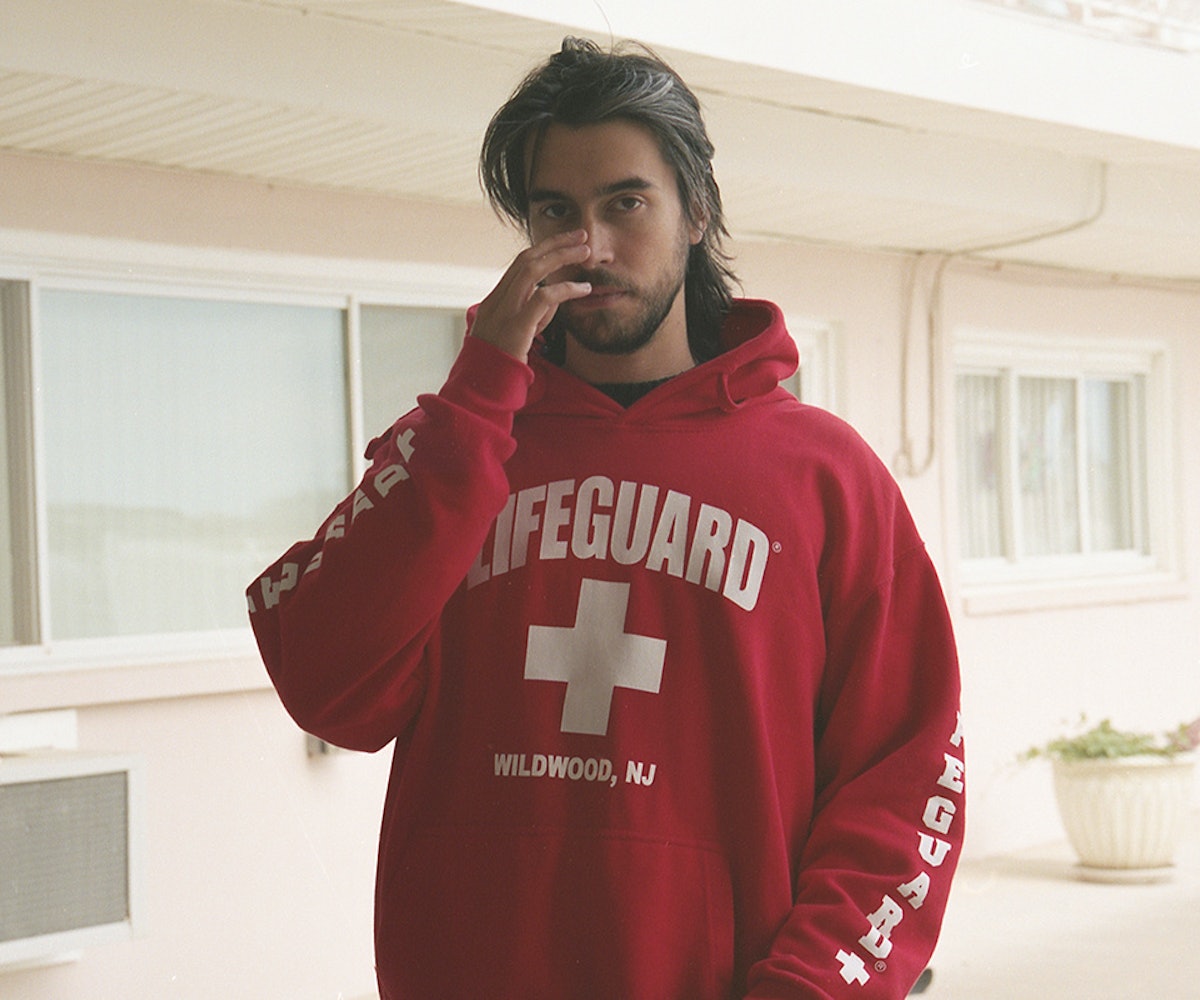 As always, (Sandy) Alex G is on the move. On his newest record, House of Sugar, the singer, real name Alex Giannascoli, approaches each track with the same restless energy that's helped him release eight albums in less than a decade—a workmanlike ethic that's even more remarkable when you remember that the first five records were all cranked out in odd hours, while Giannascoli worked and went to school. Hardly content to settle into any specific style, yet crafting a sound that's unmistakably his own, House of Sugar ripples with the heady intensity of an expert in the intricacies of his own creative spark, now granted the time to unspool each track into a refined crystalline sweetness.

While Giannascoli's method has remained the same across the last decade—record in solitude, with GarageBand transforming the singular performer into a one-man band—subtle transformations make House of Sugar the artist's most polished record yet. While hardly abandoning the emotional intimacy and nimble storytelling that's characterized his music from the beginning, the simple addition of a new microphone and an updated version of the recording software adds a distinct sheen to the songs.

Still, it's the impressionistic yet focused quality of the lyrics that explain why nearly every song Giannascoli performs live becomes an instant singalong in the hands of his rabid fans. "One, two, three, I count black sheep on my way to sleep/ I can't pick and choose these devils in my patterned dreams," he sings on "Southern Sky," capturing the thoughts of a restless mind, attuned to the stranger frequencies of everyday life. Later in the track, he sings, "Let my memory run backwards, so together we may lie/ I will remember the fire in the southern sky," just the kind of haunting beauty that distills a lifetime of wonderment into the purest possible form.

NYLON chatted with the artist on the eve of his new record, learning more about Giannascoli's artistic process, how dreaming shapes his songwriting, and the impact of 2018's Annihilation on the sound of House of Sugar.

What are you looking for from your songs as you make them?

The only method that I've used is to make stuff that makes me feel some emotion while I'm making it, I guess. If I'm making a chord progression on guitar, and I like it, but the next day when I play, and it doesn't make me feel anything, I just scratch it, or I'll rework it till I have this thing that's consistently putting me in a spot, you know? It's not a method that I'm even conscious of. All of my songs are trial-and-error until each part is successfully hitting me in the way that I can feel. But I don't have some type of meter that I can put on my brain to see if it's hitting me properly; it's a loose, intuitive process. I'm sure there are certain chords, certain intervals that hit me pretty consistently, and I probably use them more often than others.

Was there anything new about this record that was different in terms of that pursuit?

I guess the easiest answer is that I got a nicer microphone. In the past, I've always used this USB microphone for basically 99.9 percent of the other stuff, and for this record, I borrowed my friend's mic that he built that's a clone of some other really nice microphone. That gives the album its sheen, I think. It was guiding a lot of my creative decisions, let me layer on so many more tracks. In old music, I always layered a lot of stuff on there too, but it's way harder to make everything audible when everything's in the same small frequency range that the microphone can pick up. This one had a wider frequency range, so it was a lot easier to make everything audible without it all sounding mushy. I also got a new laptop and had to download an updated version of GarageBand, which is the first time I've had to use a different version. I guess that offered this reverse sound effect, which I wasn't able to do before, so there's a lot of reversing stuff. That seems arbitrary, but there's a ton of reversed stuff on the record.

You got any satanic backmasked messages on the record?

Do you dream much? Does that go into your music at all?

I don't think I dream more than the average person, but I appreciate them a lot, as everyone does. Usually, I have a song or two that's not directly from a dream, but I'll get a few lyrics or something. But that is kind of how my writing process comes out. I actually just let my intuition take over as much as possible, and a lot of times I can look at a song I made five years ago and kind of see where I was coming from, but at the time I didn't know as well where I was coming from, because it's so wrapped up in a million other things. I'm just not as on top as what's going on as I will be reflecting on this time in the future, but the same way you get a dream and you're like, Okay, I was in a car driving over the ocean, and that makes you feel a certain way, and then you can think back on the day before and realize you were feeling that exact same way.

What were some other media that you were consuming during the making of this record in terms of character-building or world-building that informed what you made?

I saw this movie called Annihilation. This object from space hits earth and causes this blast zone around in, and then inside the blast zone, all the DNA of everything organic is mutating, so these scientists go in to explore. There are these giant alligators that are white with rainbow colors coming out of them, everything is multicolored and beautiful, but also the environment is also extremely hostile. I'm not making an extremely hostile album, but I liked the way that the rainbow, poppy beautiful-ness was mixed with sinister qualities. In conjunction with getting that microphone, I had the ability to make this bright, shiny record, but I also wanted to add a little bit of coldness to it as well.

Has growing to a bigger label and taking more time between records changed what you're making at all?

As far as technical stuff is concerned, my access to gear is pretty much the same. I have more access being signed to Domino, but I didn't really feel the need to act on it. I think from DSU to Beach Music, I had way more time. During DSU and the ones prior to that, I was working and going to school. After that record, I had to tour a lot, but even with all the touring, all the time you have when you're back from tours is downtime, at least for me, and so that gave the album a little more of a chaotic feeling than DSU and the ones prior to that. The whole idea of making music that sounded like a band playing it throughout the whole album started to become a little more boring to me, because I guess I was no longer just getting home, being tired, spending the whole day waiting to make a song and then getting home and just playing and not thinking about it so hard. From Beach Music on, I'd wake up and have all the time in the world to think about it, almost sabotaging it, and that's been my process a little bit more now, just constantly sabotaging these songs because I spend so much time with them, I have so much time to get tired of them. I sabotage them until they're really dense. DSU and the ones prior, the music was concretely my escape from everything else, and on Beach Music onwards, it's still an escape, but there's now this context where it's now my "craft" for real. It's representing me in a deeper way than I perceived it before.

You're well known for having some of the most dedicated music fans of any artist today. How does that shape your experience as a musician?

It's extremely flattering, and it's kind of surreal that people feel that way. I'm not really worried about much, because I feel that if I got to a point that if the music stopped working out, I'd have time to figure something else out. But I do wonder—I don't know what it is that people like so much besides the music, you know? I know people like my music, but I keep doing interviews, which I figure I should because they advertise my stuff, but I wonder if making myself more present is filling the spirit of whatever drew people to the music in the first place. It's just something I think about sometimes—when the label is like, "You're going to do this interview this day," but then in the back of my head I wonder if it's a bad idea.