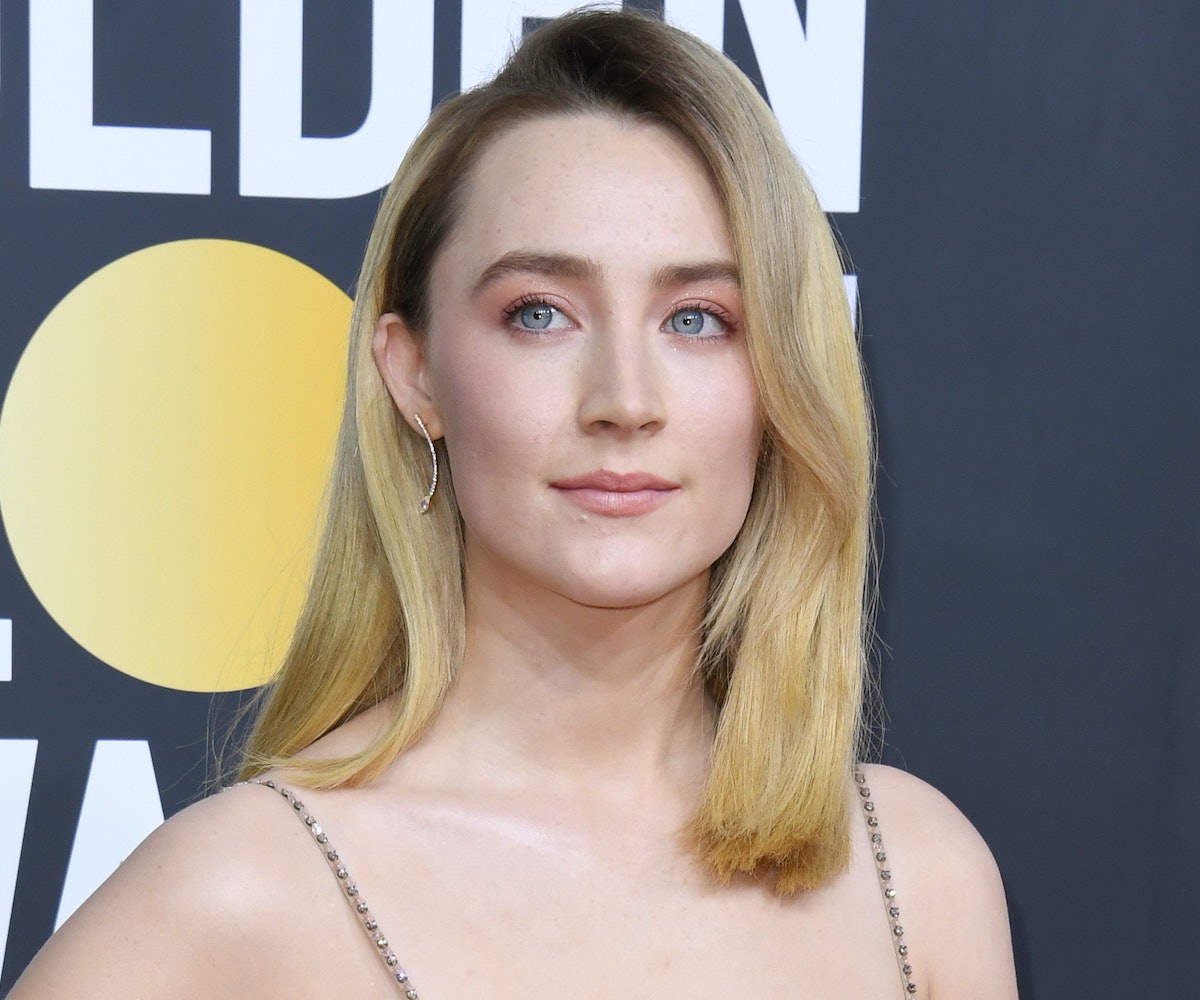 Even after months of pulling out looks after looks for red carpet appearances, panels, and events for the Little Women press tour schedule, Saoirse Ronan's 2020 Golden Globes outfit seriously delivered. Though really, no one should have been surprised given her past ensembles for similar occasions. The actress took the red carpet on Dec. 5 wearing a glitzy, cowl-neck slip dress, with a thigh-high slit from CELINE by Hedi Slimane, resembling party looks from back in the day. Fancy going out top, yes, but similar in minimalism and elegance to both her 2018 and 2019 Golden Globes dresses.

For beauty, Ronan's simple, collar-sweeping hairstyle — done by celebrity stylist Adir Abergel, whose regular clientele includes the likes of Kristen Stewart and Emma Watson — was a departure from the sleek and straight bob she'd been making the rounds in during her last few appearances of 2019. Ronan wore a simple makeup look, with creamy red shadow on the eyes and a dewy gleam on her cheeks, done by Chanel celebrity makeup artist Kara Yoshimoto Bua, who works with Ronan regularly. For anyone that has been keeping an eye on her most recent beauty looks — at the Little Women premieres in New York City and Paris especially — this elegant looks takes a step back from the daring makeup Ronan has been experimenting with as of late.

Ronan is nominated for Best Actress in a Motion Picture Drama for her role in Greta Gerwig's Little Women. See the full list of nominees here, and see Ronan's full 2020 Golden Globes look, below.