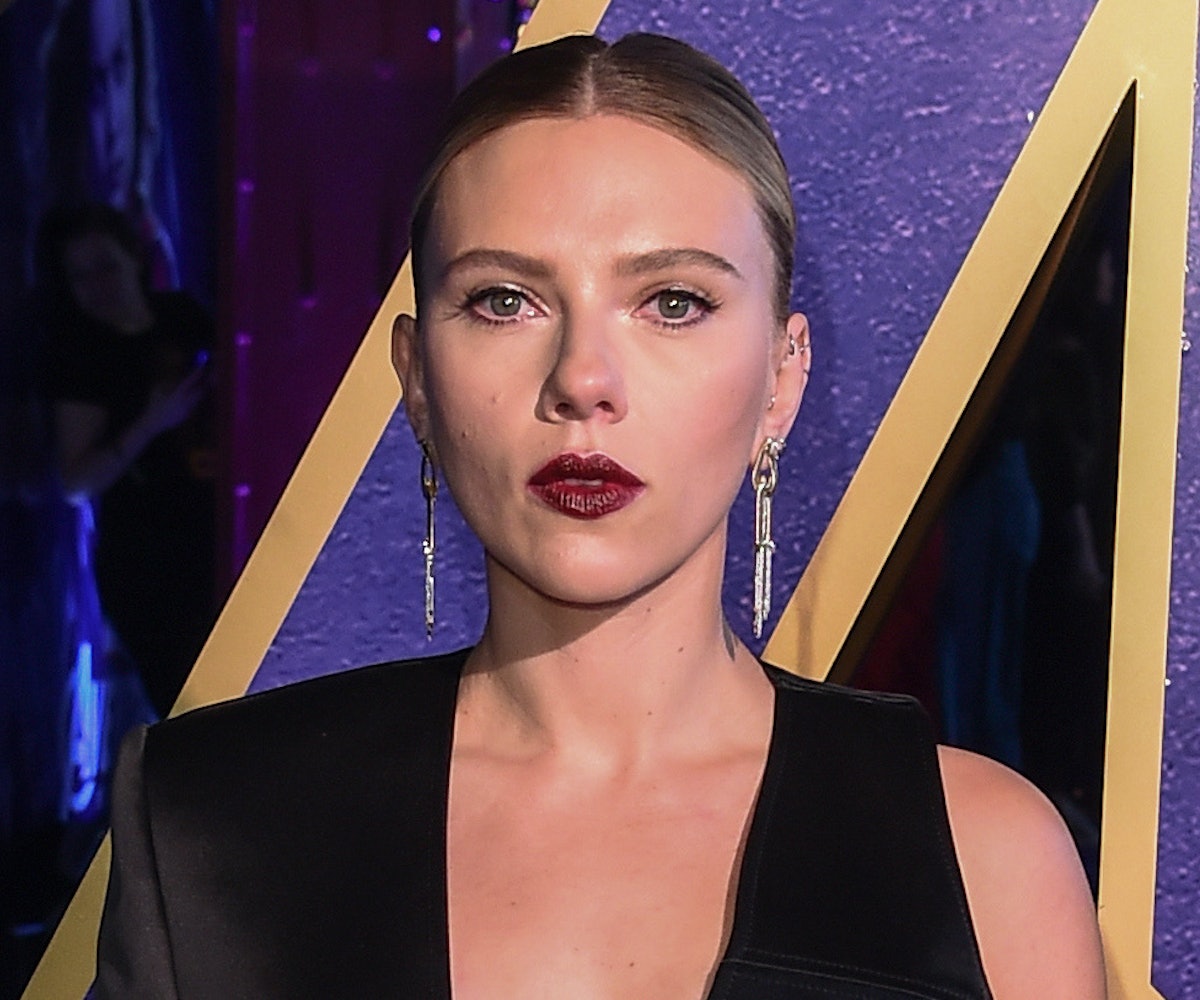 Scarlett Johansson just revealed that she didn't know what a meme was.

Johansson was invited onto Sean Evans' Hot Ones show, where she ate wings that got hotter as the interview went on. She was supposed to get so sidetracked from eating spicy wings that she accidentally spilled the details of Avengers: Endgamefilm. Instead, she let slip that she's not very literate in online humor.

At one point in the interview (7:58), Evans noted that one of the segments of the show involves him doing a deep dive into the guest's Instagram, but since Johansson doesn't have any social media accounts, he pivoted to asking about whether she had seen any memes for the upcoming movie yet. She responded by saying that she "[exists] online, sometimes," but that "memes and stuff like that probably takes longer to get to me. Sometimes the Avengers will clue me in on stuff." You know, making it seem as though she knows what she's talking about.

Evans then asked if she'd heard of the "Infinity Wars: the most ambitious crossover event in history" meme, which she had not but asked to be enlightened about. He explained that it was the internet making fun of Marvel's claim that the film was the biggest crossover event in history, and showed her a few examples, which, again, she seems to understand pretty well: "I got it, I understand the theme."

It's only at the end of the segment that she lets it slip that she doesn't actually know what a meme is. "Is that a meme?" she asks her host about the examples he just showed her as part of her "crash course." "Or does a meme move? What's that?" Evans just looks at her and says, "This is awesome," thrilled by the discovery that Johansson may not know what memes really are, before releasing a laugh. It seems that she thinks that GIFs are memes, which is understandable considering GIFs are often used in them, but nevertheless hilarious.

Seeing as Evans called himself her "meme shaman" earlier in the video, we're hoping that he gave her a proper lesson in meme formats following the interview.