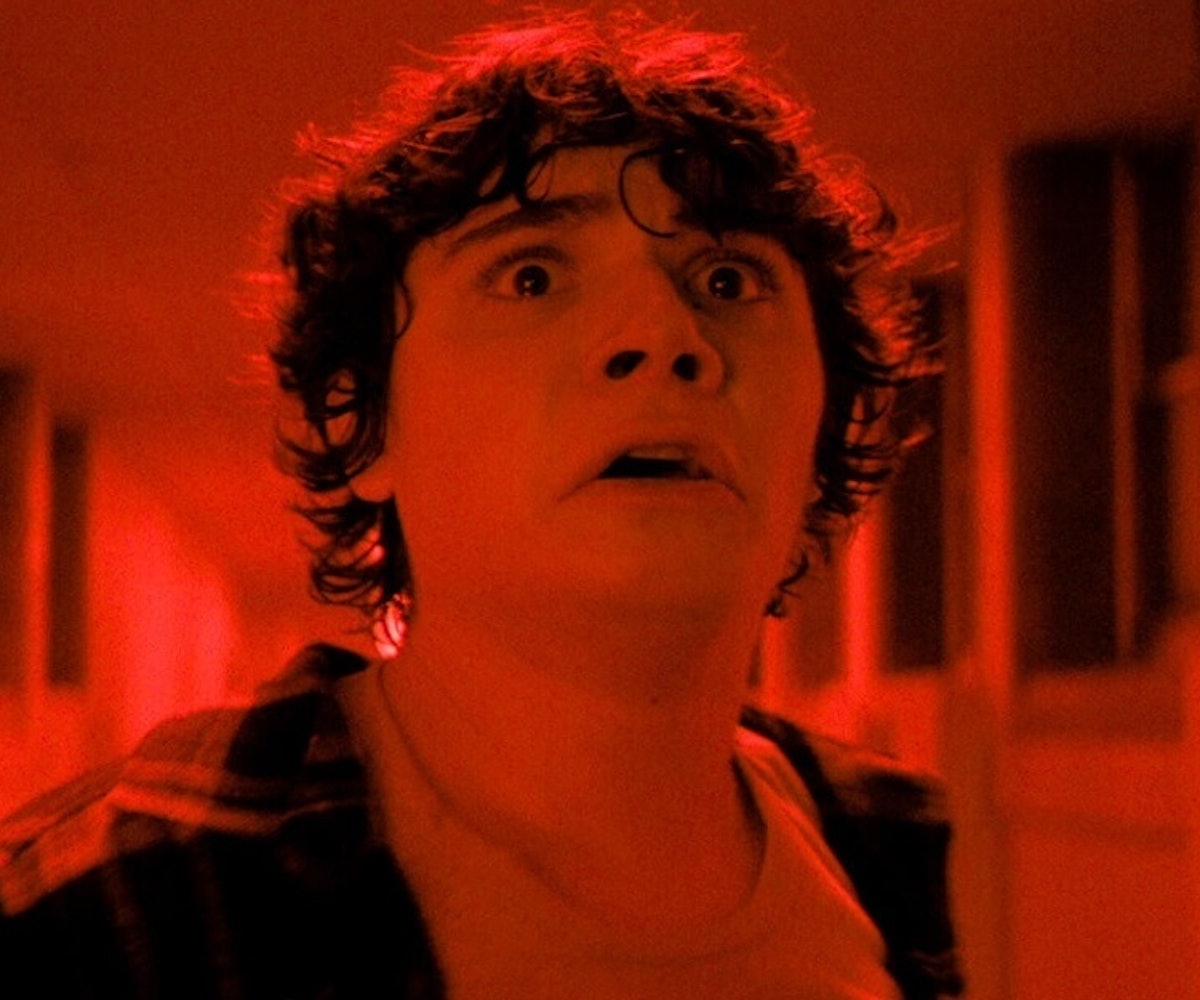 If the PG-13 rating didn't clue you in, Scary Stories to Tell in the Dark is true to its literary origins in the sense that it's most definitely a horror movie for kids, without the kind of fear factor found in adult horror films. That doesn't mean it isn't worth seeing if you're grown up, because I did learn one thing from watching Scary Stories to Tell in the Dark: Those scary stories we were told as kids were never really that scary at all, and were just a means of understanding what was actually scary—the profound horrors that existed in the world around—and within—us.

Spoilers for the film ahead.

Set in the '60s in the small town of Mill Valley, with the specter of Vietnam and Richard Nixon in the background, Scary Stories centers around a Mill Valley legend about a 19th-century girl named Sarah Bellows who would tell local kids scary stories that would eventually come true. Decades later, aspiring writer Stella (Zoe Margaret Colletti) and a group of her high school friends explore the old Bellows house and find Sarah's storybook. Soon enough, the book's pages start filling up on their own, and each of the teens who entered the house becomes prey to their own scary story.

For adults—and probably kids too—the ghouls in Scary Stories to Tell in the Dark were too ridiculous-looking to take seriously. The Pale Lady looks like a jacked-up Teletubby in a bad wig; her belly is heavy and she carries a wide, thin smile. I kept waiting for her to catch sight of herself in the mirror and chuckle. The Jangly Man is a stretched-out humanoid with green skin who can disassemble his body and put it back together again at will. He moves really fast and would have been way more impressive as a troublesome alien in Men in Black than as anyone's nightmare material. That said, the lanky zombie missing a toe was pretty impressive, and Harold the Scarecrow is the reason we all wanted to see the film in the first place, and he does deliver as a horror that could only come from within the darkest recesses of a teenager's mind.

But even though none of these characters are destined to give me nightmares, the unspoken themes of the film are way more likely to keep me up at night. I'm still haunted by the story of Tommy (Austin Abrams), a local bully burdened by the demands of his laborious life on a farm. His biggest fear is staying on the farm forever, and it's manifested in his apprehension of Harold the Scarecrow, who is stuck in place forever. That's why, when Harold came to life and attacked Tommy, his intent wasn't to kill him, but rather to turn Tommy into a scarecrow as well, leaving the boy forever planted in the field he so hated.

Ramon Morales (Michael Garza) is a draft dodger, unable to shake the memory of his brother's body being shipped back in pieces from the Vietnam War. The Jangly Man relentlessly chases Ramon, representing the looming threat of armed service and loss of limb and life. And then, Chuck's (Austin Zajur) fatphobia—a very real, albeit problematic fear in our weight-obsessed culture—caught up with him when he was hugged into oblivion by the Pale Lady.

The terrors of the other teenagers were a little more abstract but still strong enough to spawn terrible fates for them both. Auggie (Gabriel Rush) was afraid to believe any of the crazy stories being told by his friends or the haunted book. Instead, he was forced to literally internalize it when he ate that zombie's toe. Ruth's (Natalie Ganzhorn) beauty was the best thing she had going for her, until thousands of spiders literally crawled out of a pimple on her face, in what was arguably the most terrifying moment in the film. Even the parallels between Stella and Sarah reflected the former's own anxieties about actualizing a meaningful writing career.

Perhaps the overarching theme of the film is the way that this average American town was itself driven by fear, which is why the legend of Sarah Bellows was able to thrive for all of those years. The small town was rocked by the corruption of the entire Bellows family. Mercury from the Bellows' mill got into the water supply and poisoned several children. Sarah had threatened to reveal the family secret so they locked her away in a basement and then a psychiatric ward. With the world around it rapidly changing with war and industrialization, Mill Valley was forced to confront the ghosts within. The scary stories we tell in the dark may not actually terrify us, since we know they're not real, but the ones we live every day, the ones that actually affect our lives, well, those, are actually going to keep us up at night, paralyzed with fright.

Scary Stories to Tell in the Dark is out now.