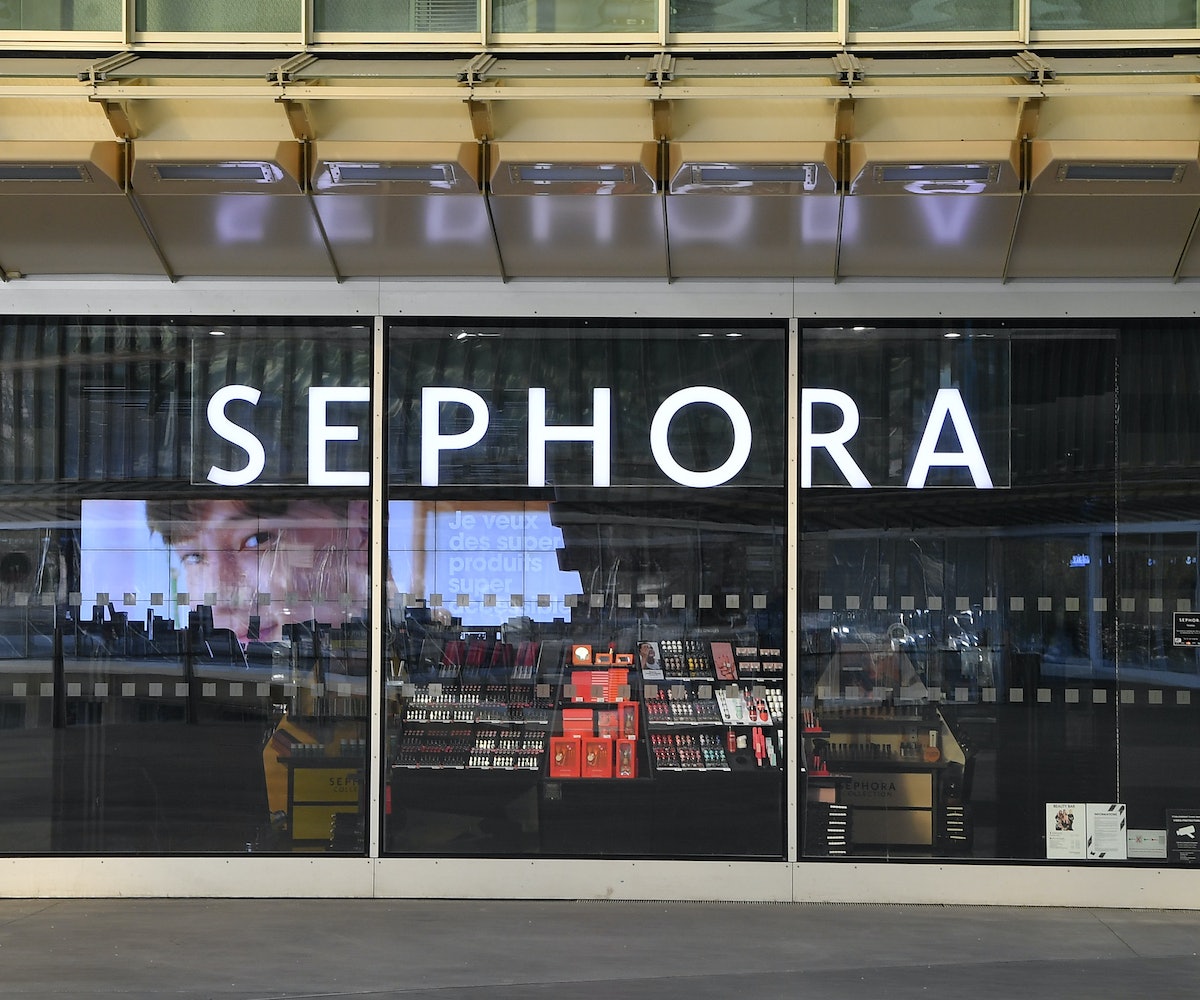 After previously making the decision to close the entirety of its United States storefronts, Sephora has now laid off "a portion" of its part-time and seasonal store employees due to the COVID-19 outbreak. Following the news, some on social media have called for a boycott of the store, questioning whether the cuts were an appropriate move.

On March 31, Jean-André Rougeot, President & CEO, SEPHORA Americas, announced in an online statement that despite a previous plan to reopen Sephora stores on April 3, that date had been pushed back. As part of the continued closures, the company made the decision to let go of its part-time and seasonal employees that worked "limited-hours." Those that were laid off were "offered severance and provided with resources to support their transition, including coordination with companies that provide essential services and may be hiring at this time," the statement explained. In an emailed statement to NYLON, Sephora confirmed that 3,754 employees were impacted by the cuts.

Rougeot acknowledged that Sephora believed closing its door was the "right thing to do," but because of the closures, the company had "to make changes to our business, while keeping our employees informed of what the changes mean for them. Like many retailers with an extensive physical store business, there are tough decisions to be made to adapt to an unprecedented and uncertain environment."

Despite the part-time and seasonal firings, Sephora said it planned to continue employing nearly 9,000 full-time employees, including beauty advisors. Those still employed, including any remaining part-time employees, would "be paid 100 percent based on average hours worked and existing health benefits through late May or until our stores re-open, whichever happens sooner," the company confirmed in its statement to NYLON.

News of the firing comes weeks after Sephora announced that it intended to pay all of its employees for "scheduled shifts during the duration of the closures, as well as health and wellness benefits for employees currently enrolled." However, that plan was announced before the company extended the date of its closures beyond the planned April 3 reopening.

Britt Coorpender, a former Sephora employee, told NYLON that she, along with her fellow employees, were blindsided by the firings. Prior to the phone call, Coorpender said the company had told "us payments would stay the same and that everything would be taken care of and there was no threat whatsoever at our job."

According to Coorpender, she had worked with Sephora for a year and a half. She said that the firings were made by phone and all part-time employees were allegedly notified 20 minutes before of an "urgent, last minute" call was scheduled. "We were told to mute ourselves and had to listen as we were told we are laid off effective immediately. [We were] not allowed to ask questions. Call was ended and you heard cries as it ended from people who weren't muted."

Social media has since reacted unfavorably to the news, with reported employees taking issue with the call that reportedly lasted minutes. One reported employee questioned the company's definition of long-term, and what constitutes as limited hours, noting that they had been with Sephora for two years and worked 35-hours/week. Customers have also taken to Sephora's Instagram, leaving notes that they intend to no longer support the company.

As for Coorpender, she noted that Sephora did invite employees to re-apply when stores opened, but she noted there's no guarantee as to whether she'll get back her old job. In its statement to NYLON, the company acknowledged it hoped to "bring these employees back on staff in the near future."