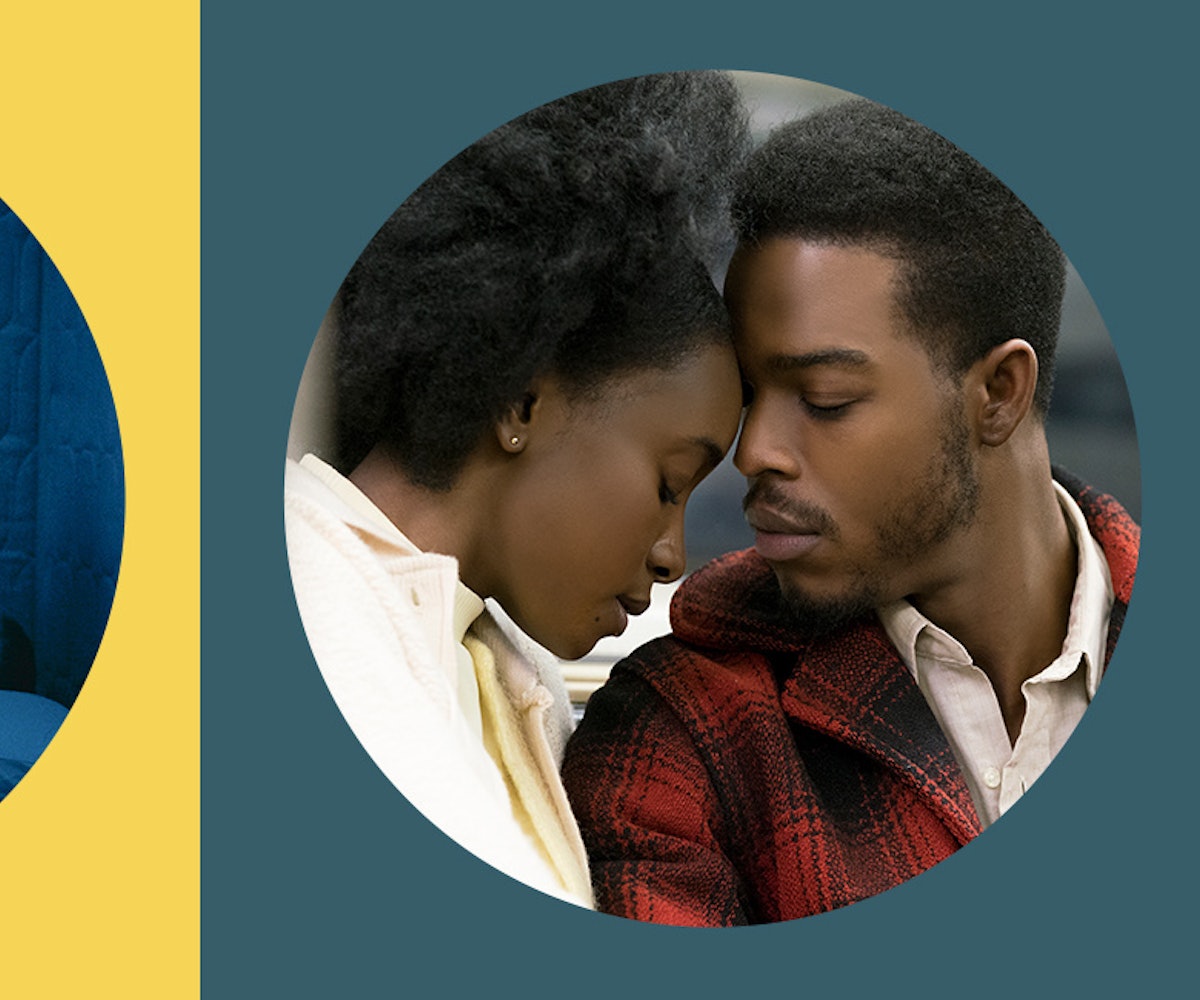 It always starts with a kiss. Heads tilt and slowly turn toward each other, eyes meet and silently acquiesce. Two people kiss like they're saying hello without words, like it's a formality, a toe dipped into the chilly water before jumping in. The poolside metaphor draws a romantic picture of the most basic form of foreplay, before sex. Kissing is often connected to sex, but, in the movies—like in reality—it doesn't always have to be. Two filmmakers at the top of their game know this, two masters of human emotion and existential impact: Barry Jenkins and Claire Denis.

In his Golden Globe-nominatedIf Beale Street Could Talk, Jenkins follows his deeply moving Best Picture winner Moonlight with another story which favors love above everything else. Based on James Baldwin's novel, Beale Street follows Tish (KiKi Layne) and Fonny (Stephan James) as the young lovers who must reckon with the injustices of crime and trust that love will take it all away. "I hope that nobody has ever had to look at anybody they love through glass," Tish's voice-over confesses. The narrative flits between the lovers' past and present, where looks and stolen kisses must suffice in the absence of the physical proximity upon which the pair once built their happy relationship.

The closeness of bodies is something that arouses the creativity of French filmmaker Denis for her first English-language film, High Life. In a mind-boggling sci-fi exploration that questions the validity and impulse of human existence altogether, Denis maps a world of loneliness and biological necessity that is magistrated by none other than Juliette Binoche as a "shaman of sperm" named Dr. Dibs. Sex is the activity at the core of Dibs' mission with her group of criminal inmates, with the sole purpose of harvesting semen in order to nurture healthy fetuses, to ensure some kind of survival for what's left of the human race.

When Fonny is sent to prison for a crime he did not commit, 19-year-old Tish—now pregnant with his baby—is left on her own. The act of intercourse is what binds love together but also threatens its survival. The looks that Tish and Fonny exchange when they're separated by a screen convey a full, painful affection that penetrates the emptiness of their time apart. Without touching at all, the weight of their affection is powerful, as Jenkins films his characters as much to demonstrate what their faces can wordlessly convey, as he does to show what physical activity and effusive dialogue can achieve.

The first time Tish and Fonny make love, the scene is directed with a precision that gives careful emotion to each different sensation of a physical relationship. Nicholas Britell's score creates a woozy melody that would be intoxicating enough on its own to let the viewer fill in the gaps, as a wide two-shot of the lovers' intertwined chests embrace with a kiss. But in the confines of their bedroom, soon enough kissing leads to what it always tends to lead to. Baldwin and Jenkins' romantic priority means that in Beale Street, foreplay isn't just an introduction that is forgotten as soon as more intense activity takes over—the moment in which two mouths find each other establishes a connection, just as important as the act of intercourse itself. The scene takes a breath, the score fades out and Fonny puts on a different record before they have sex. Intimate as it already was, with this attention, he allows his first time with Tish to have its own identity, a tenderness that isn't just reserved for intercourse, but which still has an exclusive excitement.

Sex is a practice, but reproduction is the mission in High Life. Dr. Dibs operates with ritualistic necessity to excavate what she needs from her subjects. This gives importance to the verb "harvest" in desensitizing our understanding of sex as a phenomenon of mystery, and treating it as a means to an end—the end being life itself. Rape, miscarriage, and beatings are part of the process which treats bodies like objects set to fulfill a function. It strips the act of romance and distances the exercise from the desire associated with it. Discussing the film with Vulture, Denis explains of the arousal from the constant immersion in bodily fluids: "It is a painful eroticism, because they want something and cannot get their satisfaction."

Dibs is obsessed with the idea of sex but struggles to find pleasure herself. When her workday is done, she finds affection in one-sided physical attention she gives her subjects while they stray from consciousness; sucking the blood from one's fingers while he sleeps, kissing the forehead and lying on the dead chest of another. She uses the flesh of bodies around her to reach a higher form of personal satisfaction that sex alone fails to give her.

The most fascinating and confusing centerpiece of Denis' film is a room, a black box that looks like Under the Skin as much as Nymphomaniac as much as nothing else we've ever seen before. Binoche rides the mechanics of a hallucinatory, masturbatory contraption in a tour de force moment that seems to have the individual's climax as its sole mission. It's in this moment that the boundaries between desire, satisfaction, and biological functions blur, and the desperation of Dibs' isolation becomes apparent in her need to feel pleasure before oblivion finds her. The box is a paradox, an involuntary exercise in edging which shows a daring understanding of the limits of arousal, and which highlights the incomparable impact of another person's touch.

Physical intimacy is awarded the emotional significance that each new person decides to trust in it. More than an A to B trajectory of kissing and then having sex—because one activity sort of looks like the start of the other—the way bodies convey affection and satisfy desire doesn't necessarily obey a scale of reactive intensity. Sex can make a person enter the world as much as its abuse can break someone forever, while a kiss can cement the promise of a future or be forgotten by the very next morning. In a world where feelings of loyalty trump physical transgression, a kiss says everything it can between the walls of a prison cell. In space, no one can hear you come, but sex could be all humanity has left. What we trust to call "love" depends on how we trust each other—whether our minds can survive, or if our bodies crave more.

If Beale Street Could Talk is out in theaters today.