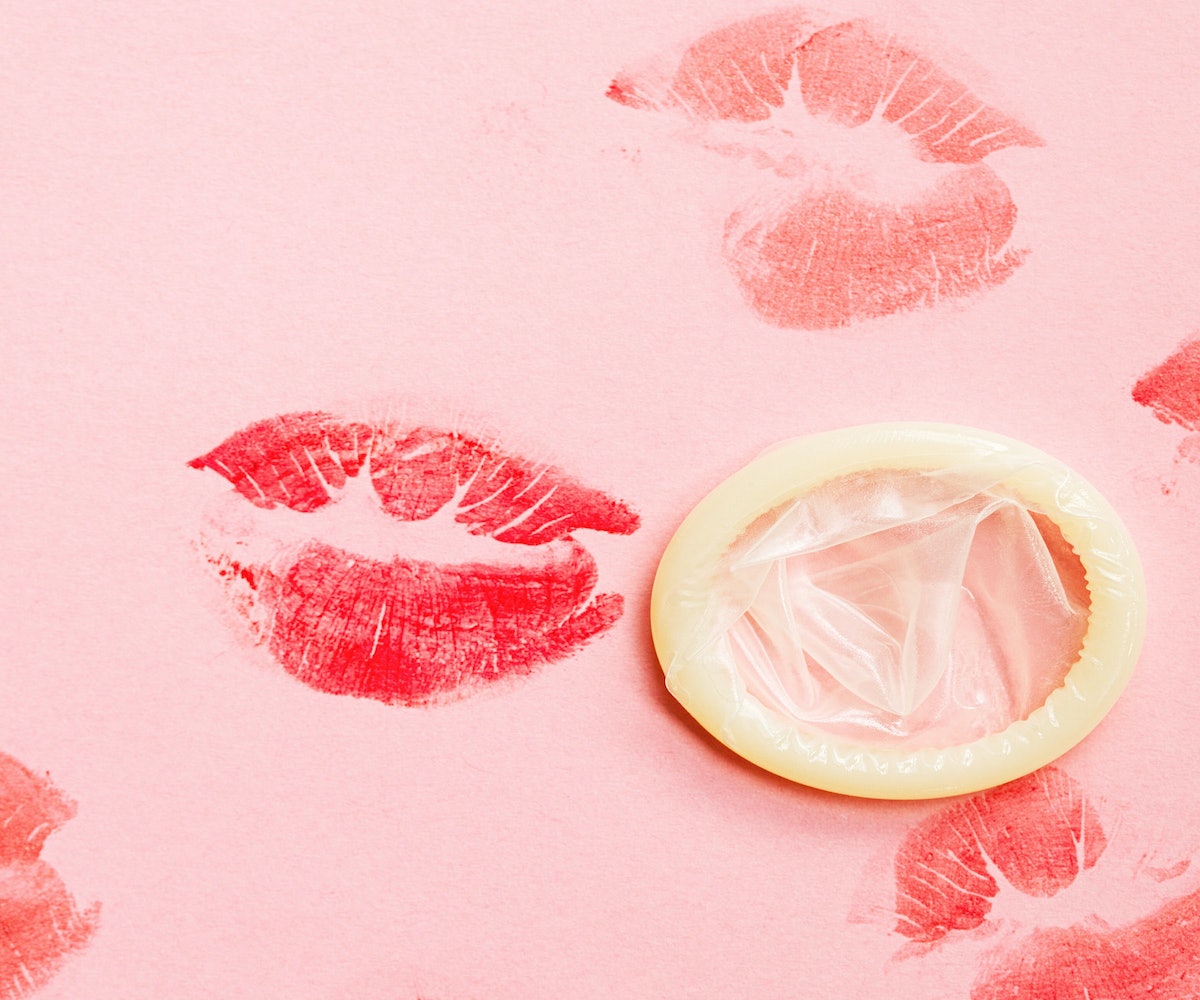 So, apparently, when they're not taking baths and destroying J. Crew, millennials are having sex with AirPods on. According to a study conducted by ticketing sales website TickPick that aims to explore the relationship musical taste has to sexual proclivities, 17 percent of AirPod-owning respondents said they sometimes wear their earbuds during intercourse.

I wish I could tell you I was shocked when I heard the news. But, as my mom frequently said to my angsty-teenage self: I'm not mad; I'm just disappointed. It's no surprise to me that people have found a way to incorporate this hands-free, convenient technology into the bedroom. Plus, one can only assume that having sex with AirPods is similar to a more intense version of blasting an Alexa for background music, which we've all done.

But forget about assumptions, I decided to experience this new trend for myself. Luckily, my boyfriend was into the idea. After a little bit of a debate, we decided that it would be best to each wear our own set of AirPods during sex so as to get the full effect of all-consuming music, but we would listen to a shared a playlist. To get in the mood and the mindset, we started by picking out the songs we wanted to hear: Roy Woods, Beyoncé, and Anderson.Paak all made the rotation. When we knew we wanted to start, we queued up the songs for order's sake and pressed play at the same time, so that we were listening to the exact same thing, at the exact same time, because I'm nothing if not thorough. Then, we were off.

Things were going okay in the beginning. I was vibing to our playlist—because how could I not when Rihanna was blaring through my headphones—and my boyfriend was paying perfect attention to my needs. But, to be honest, something felt a little bit off. Basically, I could feel everything that was happening—the touching, the kissing, all that—but when I closed my eyes, I felt like I had no idea what was going on. Without the auditory cues of things like breathing and moans of satisfaction, I felt like I was basically navigating my boyfriend's body in the dark with practically nothing to guide me. I didn't realize how big of a role verbal cues like asking how things feel and talking dirty played a role in my overall arousal.

Turns out, I wasn't alone in my confusion: After fumbling through a couple of songs, my boyfriend took out his AirPods and asked if we could press pause. "I feel far away from you," he said. An apologetic smile broke out across his face. "Maybe we could each just wear one earphone?"

So we did. And let me tell you, it changed things. It was only once I could hear the melodic voice of Jhené Aiko and my boyfriend's breaths that I finally understood the AirPod-induced hype. Your brain is simultaneously receiving the pleasurable sounds of your fave artists up close and personal and the hot-and-heavy noises of your partner. I see how this could turn some people on.

But would I do it again? Probably not. That's because, like my boyfriend said mid-sex, I felt a little bit far away from him.

Don't get me wrong, I'm all for background music, but having it right in my ear was just a little bit much. I'm someone that really needs to focus when I'm trying to orgasm. Any kind of distraction will set me off, and I have to regroup to start my climax journey all over again. The music was great for setting the mood, but when it came to reaching orgasm, it took me significantly longer which was, overall, just less satisfying and a bit stressful at times.

But, if you're someone who comes easily, then maybe you and your partner could give your AirPods a shot. You might just last longer.