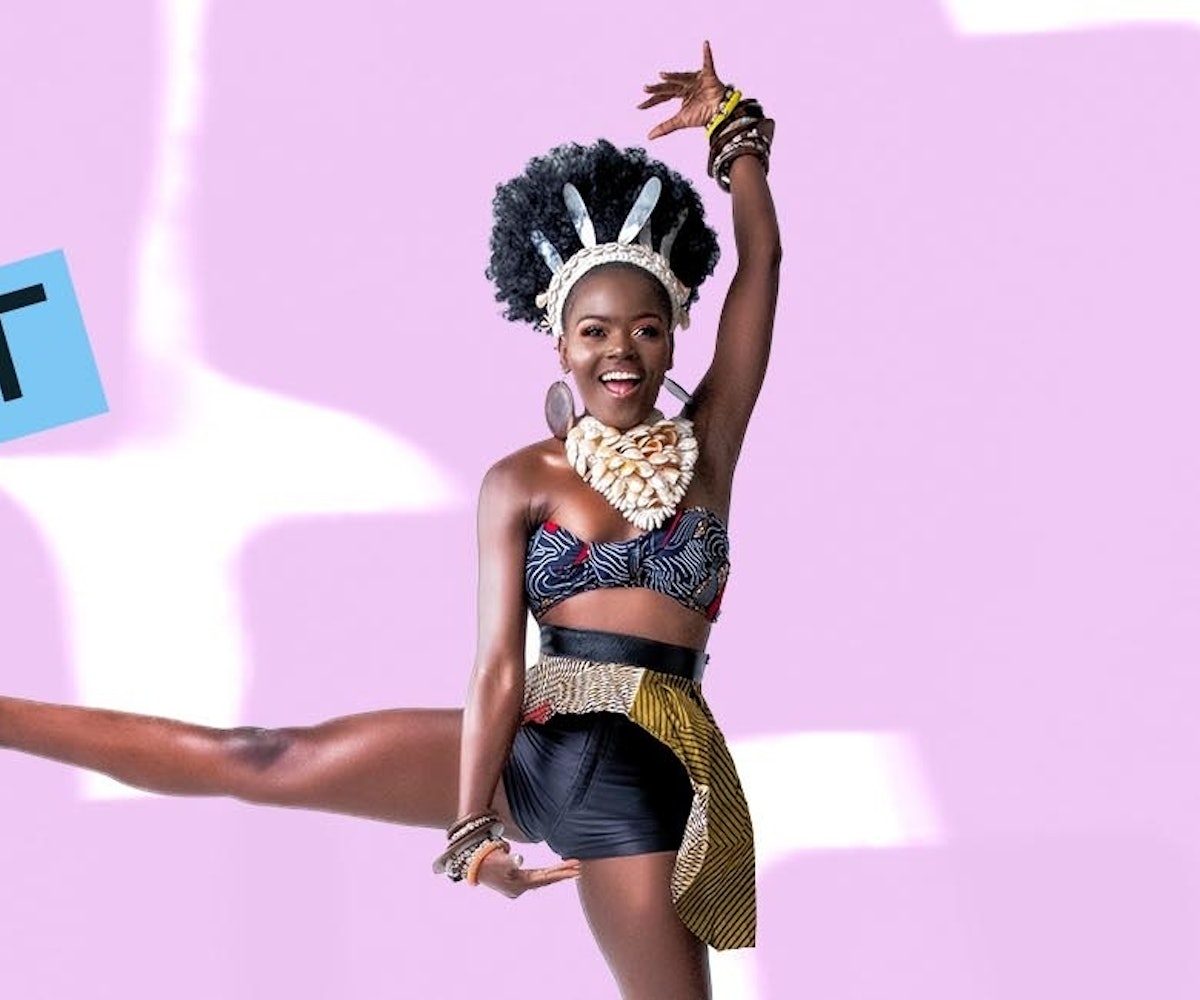 This is Off Beat, where we explore the careers of women who work in the music industry—just not on the beats and melodies.

Sherrie Silver's big moment arrived when Donald Glover, also known as Childish Gambino, dropped his music video for "This Is America." The visuals went viral almost instantly, thanks in no small part to the vivid choreography put together by Silver. She won Choreographer of the Year at the 2018 MTV VMAs for her efforts and she hasn't stopped moving since. The Rwandan native is using her success to improve the lives of people all over Africa. She's opened a shelter for homeless children in her home country and started a program for former sex workers to learn entrepreneurial skills. When we spoke for Off Beat, she wasn't shy about the fact that hiring her can literally "save someone's life."

Check out our conversation below to read more about her philanthropy and why she, too, likes to stay in the back when she takes a dancing class.

Tell me how you got started as a dancer and choreographer.

I am originally from Rwanda, East Africa, and then I moved to the U.K. I've always been dancing for fun, as a way to express myself. I'm an only child so I don't know if I did it for attention, but if there was ever a party, family gathering, or anything like that, I would always try to gather up my friends from a young age like, "Hey, let's do a performance." And then, you know African parents are like, "Hey, do that thing that you do."

Then, finally, I wanted to entertain because I liked seeing people happy. I was performing for fun and at local events for the Rwandese community and at churches and stuff. Then one day I got to perform for the president of Rwanda which is really cool, obviously, and that kind of opened the doors for me. It's so random, but the Rwandese embassy in England recommended me for a film that they had heard about. I auditioned, got the part, and that started an acting career for me. But I was still studying, and [eventually went to] university. [While there,] I was like, What can I do? I don't want to work a normal job. And I was like, I can dance and tried that. I started putting videos on YouTube, and then here we are. My video got seen by the right people.

Are there any women who mentored or that you look up to in your field?

My mom, obviously. She's great. No dancers, but I look up to Oprah a lot. I think she's a Black woman who's experienced struggle and she's gone against the odds, which is amazing. I'm somebody that aims to go against the odds. She's achieved things that people would never expect. I definitely see her as a legend. Also, creativity-wise, I think Beyoncé is inspiring as well, because she's the queen and I see myself as a queen. Being able to create this brand that is not touchable… Even if you don't release a song for a year, it's fine because you're a queen and people respect your work very much. So when you finally do release something, it's meaningful. Those two, they've been able to separate themselves from everyone else and make a whole new lane for themselves, which is exactly what I'm doing. I don't want anyone to be comparable to me, because I don't believe in competition and comparing yourself. If you're unique, then you can't be compared.

What does a typical work day look like for you?

Depends where I am. Basically the day before [a performance] we just get to work, eat mangos (I love mangos), conduct a rehearsal, then do a fitting and then get home or to the hotel. Do a bunch of emails, do a bunch of social media because that's obviously part of work as well. Then in the mornings, probably very early in the morning, wake up rush out of bed after wasting about 10 to 20 minutes lounging and hitting snooze. Then get myself washed for the day, get to work, rehearse a little bit, go on stage, get off stage, do some more social media, do some emails, and then start planning for the next show. It's basically that.

As a choreographer, part of your job is not just to dance, but to also teach people how to dance and translate those moves for other people to create cohesive concepts. What was that transition like to go from being your own dancer and controlling your own body to, you know, engaging with other bodies and guiding them to create something?

The first thing that I had to learn—which is very important for anybody who wants to be a choreographer—is patience. Sometimes you can do something and say, "sway your arm like this," and not everybody has the same ability as you. It doesn't make them a weaker dancer, it just means that their body might struggle to move in that particular way. And my body might struggle to move in another way, because everyone is unique.

Being the choreographer is about trying to teach and keep working on that person until they can move their body in that way. Some of the ways my body can move, it's a bit weird. It's from the heart. It's hard to teach a heart thing. As opposed to [saying], "Okay, clap your hands. Move your hands left to right." I'm like, "Now roll. Imagine there's like an electric current rolling from your feet all the way to your head. And it's a vibrating current, but also smooth." It can be confusing. You just have to keep trying and not giving up on the person. And when's the time they get it. It might take a week. It might take a day. It might take a year. It may never happen. Most of the time they get it.

[Choreographers] have to learn to actually empower [their students] in their speaking as opposed to putting them down. Just tell them, "You can do it. Disconnect your body and your mind and don't worry about it." I always tell my students, especially if it's a class, "Don't worry about what the person next to you is doing." Comparing dancing ability is like comparing your life story to somebody else's' life story. Somebody might have trained their whole life and you haven't. So never compare yourself in dance and never compare yourself in life.

Wow. I'm going to keep that in mind when I'm doing a dance fitness class because, girl, I struggle.

Trust me: If I ever go to class I'm always in the very back.

Have you faced challenges as a woman in your field?

Oh, yeah a hundred percent! Having to prove yourself as a woman... having to prove how smart you are, and how strong you are. And as a young Black woman, it's like, double. I think there's obviously a stigma with women and their abilities. Even if they are at the top they need a man to be there whispering in their ear with something like that.

What moment in your career are you most proud of?

One is obviously winning VMA's Choreographer of the Year. I mean that was quite cool. Secondly, I'm proud of being part of the music video that won four Grammys and has actually been able to stir up a huge conversation and shine a light on a lot of things. It's not just like being and choreographing a normal video. It's something special, historical. And the last thing I'm most proud of being able to use my success to actually help other people's lives through the different projects I set up across Africa.

What goals are still trying to achieve?

I still have so many philanthropy projects that I want to accomplish. There's so much to be done in my country. Development wise, they're doing really good. But I want to be so much more not just my country, Rwanda, but also across Africa, empowerment wise. Obviously, I've got a lot of work to do there. Personally, I am just getting back into acting. So again, I've got a long way to go with that. Haven't won an Oscar yet [laughs], haven't done a huge feature film yet, but I've got a lot to do.