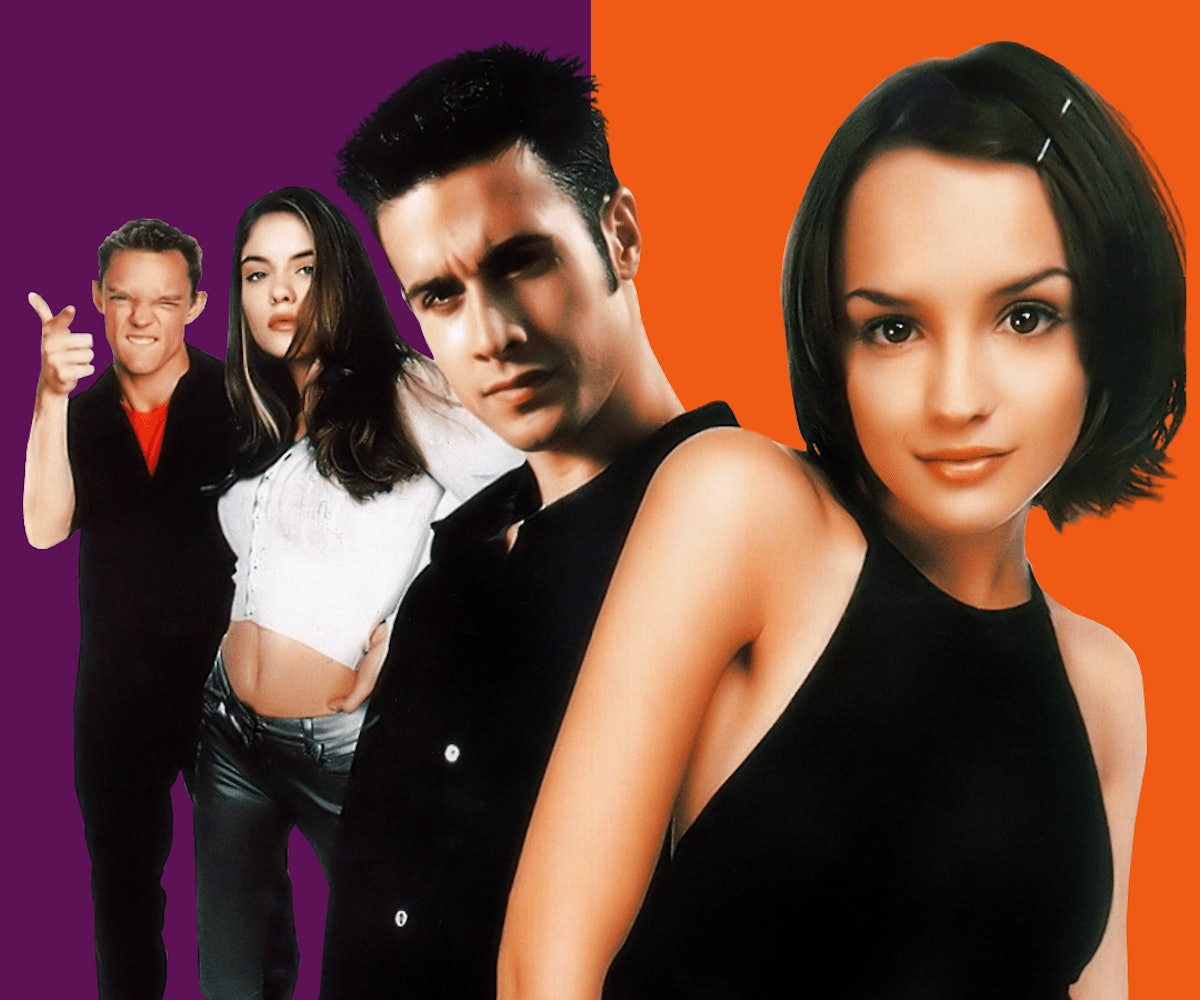 She's All That is an old movie. This will not come as a surprise to the many people born in the 20 years since it came out (January 29, 1999! Super Bowl Weekend's finest!), nor probably to anyone who has actually watched it recently and goggled at its extremely turn-of-the-millennium sensibility. But to anyone who actually was a teenager when She's All That was released, the passage of time may be at least slightly disorienting, not least when considering the era of teen movie it kicked off.

Now that almost all of the 1990s are at least two decades past, there's plenty of nostalgia for life as a '90s teenager. But there weren't all that many teen movies actually getting made for much of the decade, especially mainstream, contemporary-set ones (in other words, Dazed and Confused, classic as it is, doesn't really count; Clueless, classic as it also is, does), which might account for a little-seen mediocrity like Empire Records turning into a beloved cultural artifact. Big-studio teen movies came back toward the end of a decade as a fusion of two different cultural movements: the post-Scream slasher revival and the proliferation of soaps like Dawson's Creek on the then-nascent network The WB. Both iterations of these traditional forms were revived in more self-aware fashion and so, then, were the new teen movies, many of which felt especially self-conscious about their place in the culture.

For She's All That, that place isn't the grunge '90s, or even the post-grunge, early-Weezer '90s. It takes place firmly in the Abercrombie '90s, the MTV Spring Break '90s, the '90s where The Real World made that transition from socially conscious experiment to full-on reality show. The movie kids this a little—one of its main heels is a (fictional) Real World cast member played by Matthew Lillard—but it doesn't exactly argue against the status quo, either. Its hero is a blandly good-natured big man on campus named Zack (Freddie Prinze Jr.); its supposed ugly-duckling heroine Laney (Rachel Leigh Cook) is defined primarily by her distaste for their high school in-crowd and her interest (implied to be somewhat dutiful) in global social injustice.

After Zack's hot-to-trot girlfriend dumps him for the Real World celeb and Zack claims anyone could take her place, his douchey friends (the main one played by a young Paul Walker!) bet him that he can't turn an outcast girl of their choosing into a Zack-ready prom queen. Much has been made, with good cause, over how the target of Zack's bet looks just like the conventionally gorgeous Cook, but with glasses and overalls to make her a hideous beast. But to the movie's credit, it at least pays immediate lip service to the fact that Laney isn't an outcast because of her looks. Zack specifically calls her "scary and inaccessible"—she's an impossible prom queen because he's afraid of her! He accompanies her to a performance art show, which is scary because he has to perform! Prinze has never been the most dynamic performer, and Zack has never been the most sympathetic character, but the movie treats him sincerely.

It's still an easy out to make sure even the movie's ugly duckling is a gorgeous swan from the jump. But She's All That doesn't seem to think Cook looks hideous with glasses (though she does doff them to look pretty at parties and prom) so much as it inhabits a world that can hardly conceive of unattractiveness, or any genuine strife. There's nothing especially shabby about Laney's supposedly lower-middle-class digs, the outcast art students have well-appointed studio space, and the cruelty of the meaner popular kids rarely feels truly cutting ("you're vapor, you're spam," the meanest girl says, fishing around for slang or possibly attempting to motivate employees at a dot-com start-up). When the heroes stand up to bullying, they come across as almost casually cruel.

I don't think this is because She's All That is the work of stone-cold sociopaths. It simply exists in a version of 1999 that was a referential pop-culture construction even as the "real" year had barely begun. One of the last lines of the movie has Laney referring to Pretty Woman, name-checking the first big hit of the decade just in time to close it out. Some of its cultural intersections are less referential than purely mercenary, like the movie's use of a pre-"Yeah!!!" Usher, presumably at the behest of—shudder—producer Harvey Weinstein, who put him in a bunch of Miramax movies around this time. His nebulous school DJ character spends the movie sequestered in various booths, almost as if his part was shot separately and pasted into the movie without interacting with the rest of the cast. Over the movie's heavily choreographed prom dance set to Fatboy Slim's "The Rockafeller Skank," he urges the student body to do that dance he taught them, inserting himself into a cherished memory none of the movie's actual characters seem to share.

Usher and Fatboy Slim feel grafted on in part because the movie isn't especially encyclopedic about pop culture—and, of course, it's not as if its '80s-era counterparts don't have their own cultural references dating them to a particular moment. But as plastic as some John Hughes productions could be, they aren't nearly so self-conscious about their poppiness—their pervasive fakeness underneath the heartfelt stuff. She's All That is far more open about the Delia's-catalog preppiness at its core. Though the movie has its comic charms, everyone in it feels like an idea of a character, not a living human being. On some level, that calculation is supposed to be part of the appeal.

This aesthetic wasn't really pioneered by She's All That; the similarly cartoony Can't Hardly Wait came out half a year earlier, and its fellow members of the class of '99, Ten Things I Hate About You and Cruel Intentions, came out close enough together that they would have all been in production around the same time. Together, today they feel like a mini-movement, of which She's All That was the biggest hit, though none made as much money as summer 1999's American Pie—still plenty Abercrombie, but a little messier and more explicitly '80s-inspired (and more explicit, full stop).

As spent as the turn-of-the-century teen-comedy genre would feel just a few years later, these movies do resonate 20 years later as particularly loud shouts into a pop culture echo chamber. The teen rom-coms that do big business on Netflix often feel like ancestors of these pleasant but not exactly passionate films. The current teen show Riverdale (a hit on The CW, created by a merger of The WB and a rival network) would have you believe that it mashes up time periods and influences like Twin Peaks, Archie Comics, and '50s melodramas. Superficially, those elements are there, but really, it owes just as much to the plasticity of shows like Dawson's Creek and movies like She's All That. When Riverdale's Veronica Lodge had a line comparing a character to a mean girl in "'90s teen movies," I initially blanched: If Veronica is enough of a film buff to know movies released at least a couple of years before she was born, why wouldn't she also have clearer reference points like Heathers (1989) or Mean Girls (2004)? The answer, of course, is that Veronica's dialogue was probably written by someone who grew up on '90s teen movies. Rewatching She's All That, the reference made sense. It's a teen movie for a culture that calls out its own teen movies.