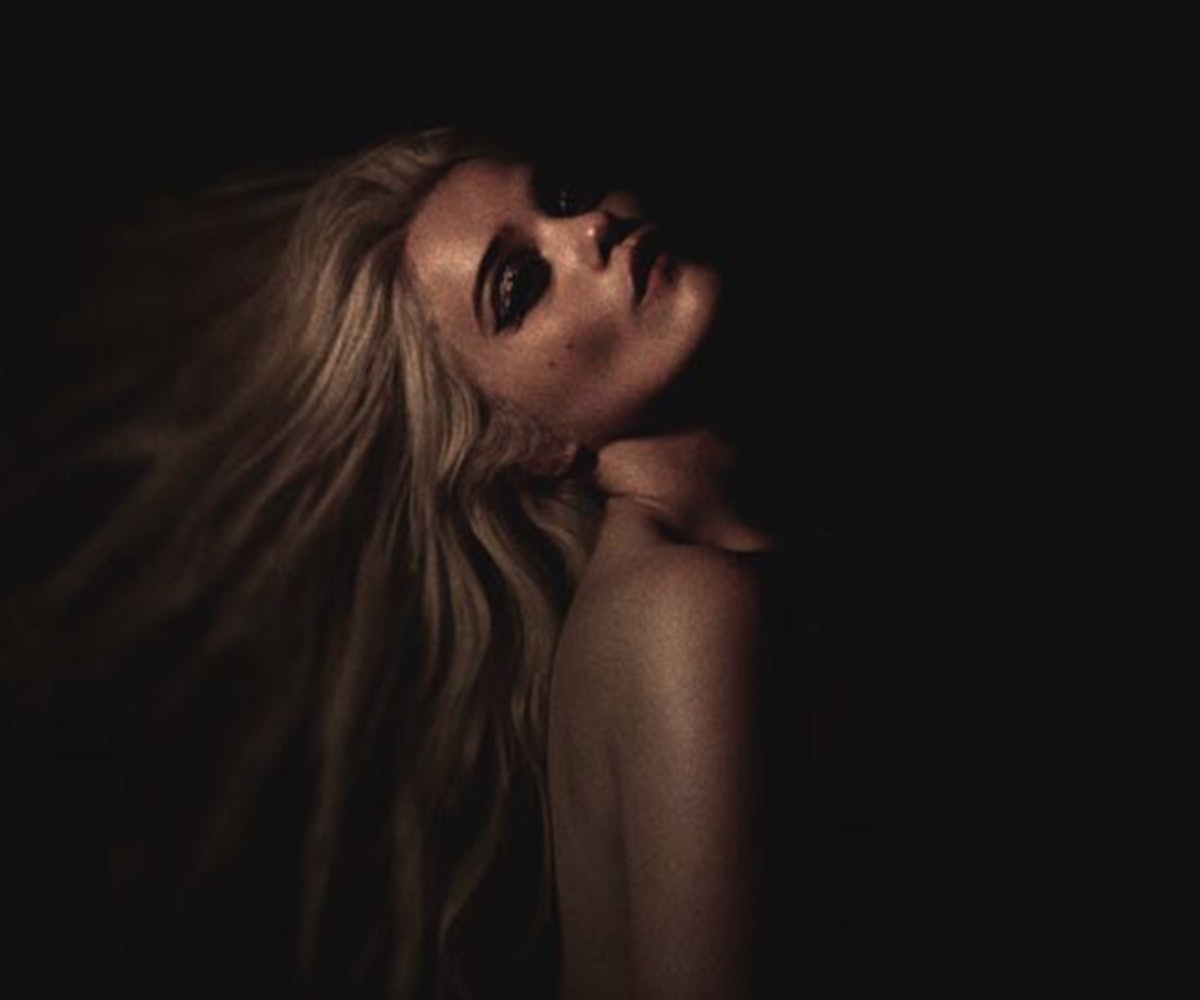 Sky Ferreira dropped her first solo single since 2013 today, and it's the perfect song to play while you're getting into some kinky stuff.

"Downhill Lullaby" is the first single off of her very delayed new album, Masochism, which she ways will be released sometime this year. If the track seems like it could be lifted from a Twin Peaks soundtrack, it's because she co-produced it with Dean Hurley, the show's music supervisor. Maybe she started working on it when she guest starred on the most recent season of the David Lynch series?

Of course, Ferreira is known for her moody air, but this song is much darker than most of the tracks on Night Time, My Time (besides maybe the title song). If this is the new sound Ferreira has been perfecting, we're okay that we have had to wait for so long.

Stream "Downhill Lullaby," and get to haunting, below.