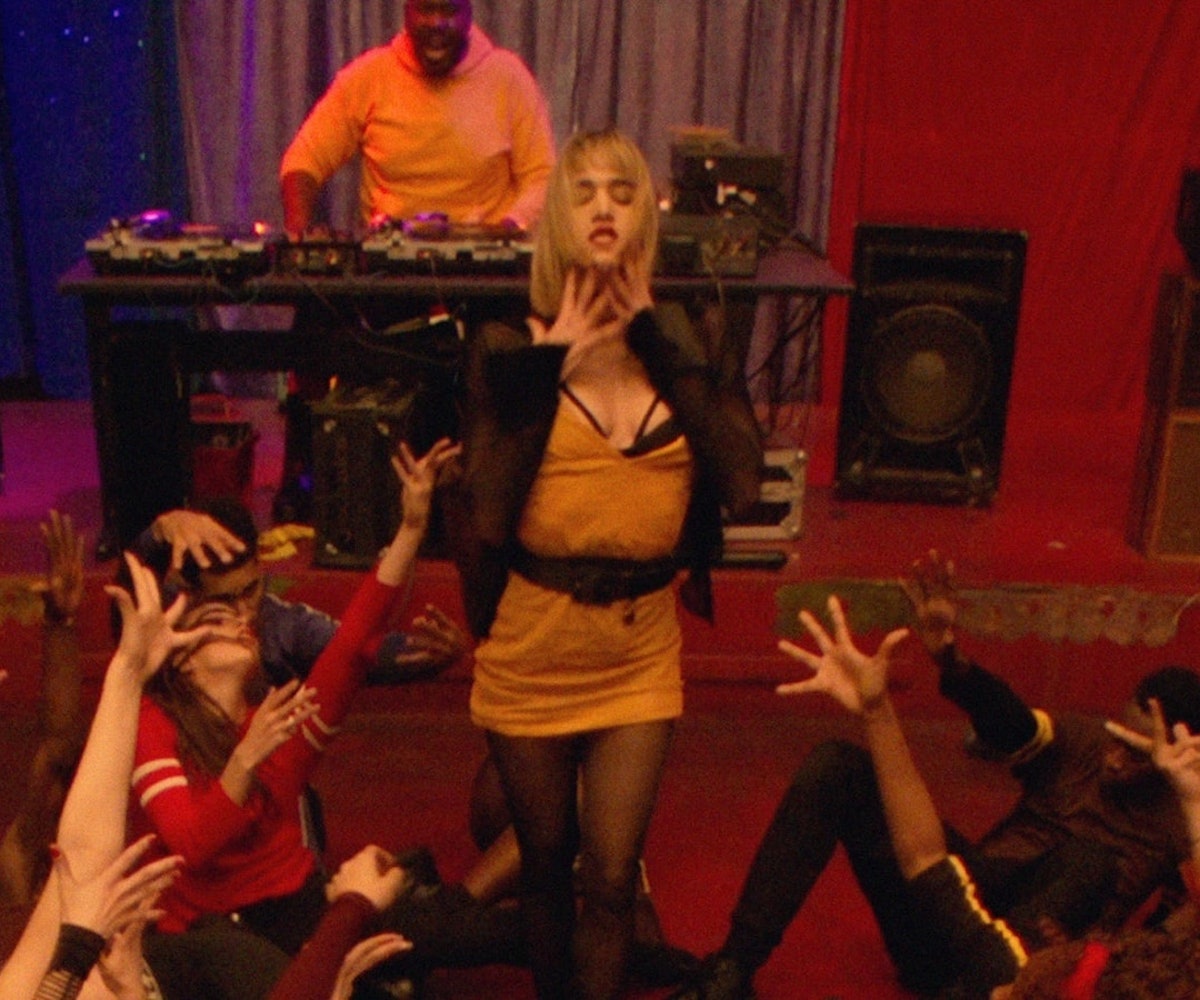 Sofia Boutella started off as a dancer, and as an actor she has given some of the coolest, most charismatic genre-movie performances of recent years, with roles in Star Trek Beyond, Atomic Blonde, Hotel Artemis, and The Mummy (you've heard bad things about that last one, but her turn as a vengeful mummy makes it highly watchable).

In Gaspar Noé's insane new movie Climax, she fuses those aspects of her career into a role as a dancer who finds herself in the midst of a horror show. The movie observes a troupe of dancers rehearsing and partying in the same space—which turns into a hellscape when they all imbibe from some drug-spiked sangria. It's a wild movie, alive with movement, figurative and literal fire, and Noe's signature long, floating takes. Boutella, the only recognizable actor in the cast, anchors the chaotic action. I spoke with her about the film and tried my very best not to nerd out about Star Trek too much.

I promise this will circle back around to Climax, I promise. But in Star Trek Beyond, you played the alien warrior Jaylah, who is one of my favorite Star Trek characters. She talks about 20th-century pop music in that movie, she says that she likes the "beats and shouting."

I don't think I was prepared to talk about this movie [laughs].

I was just thinking about that phrase during Climax because it has most beats and shouting I've seen in a movie in a while.

I don't know if my character in Climax likes the shouting and the screams!

It's a very intense atmosphere! What was it like on set creating that kind of intensity in the story?

You know, it was really interesting because I've never been on a set this way: We'd go to set and warm up, the same way you see in the movie [dance rehearsal scenes], before the drink is spiked with LSD. Every day, we rehearsed for four to five hours for these shots that were eight to 10 minutes long. And then we would have lunch, and then shoot for hours, 16 or 17 takes. I'm not sure we even had a script, but everything that is on camera was well-rehearsed and specific—there wasn't any spontaneity that happened in that sense. But within that structure, we would show up to set and not have anything specific that we knew we were gonna work on.

So was the movie shot in sequence to build to that LSD freakout?

Yeah, it was in sequence. We had to know where we came from, because we had no idea where we were gonna land. Every day we would show up to set and watch everything we did the day before, and sort of create from that point on. That's still something that fascinates me. I've seen the movie three times, and I usually watch my movies just once. I was so fascinated by the way [Gaspar Noé] built the arc, of going from someone who is completely sober and fine to being in that nightmare. It was so seamless the first two times, and I kept watching, and the third time I saw where he built the arc, and it's truly clever the way he did it. But yeah, we had to know where we came from.

You mentioned this movie having a nightmare quality. I know you've done a lot of genre movies—Star Trek, Atomic Blonde, Hotel Artemis, Kingsman, The Mummy. Climax isn't as explicitly genre-y, but, halfway through, I had to remind myself, Oh, yeah, this is kind of a horror movie. How did you approach this material in terms of genre? Did you think of it more as a dance movie or a horror movie, or something else entirely?

It's funny, I didn't think about it as a horror movie. Honestly, I knew I was going on a journey with Gaspar Noé, and you never know where you're going to land. He contacted me on Instagram, that's how I met him. I happened to be in Paris, so I sat down with him. He said, "I want to make a movie with dancers who are spiked with LSD." And I said, "What else?" And he said, "I don't know." [laughs] I had watched that movie Possession by Andrzej Żuławski, the Polish director, which I fell in love with. Isabelle Adjani has a moment in that movie where she completely freaks out, and you don't know if it's a metaphor or if it's truly what happened to her when she was possessed.

I asked Gaspar if he knew that film, and he did. I said, could I have something similar in terms of the psychology for my character, and he said, "Yes, let's do it." The other characters, there were so many; usually, if I work on a character, by default I work on the other characters, and this is one of the only projects where I had to solely focus on my character. But every day I would build the relationship I had with the other guys—not before.

You started out as a dancer—you were in a group that won Battle of the Year in 2006, is that right?

With [dance crew] Vagabond, yes. I started in ballet and moved into hip-hop almost immediately.

When you were working as a dancer, did you watch many dance movies, or is it sort of distracting when you're actually doing it professionally?

I watched a lot of clips. I was fascinated with Michael Jackson, watching him on stage when I was a kid was really inspiring. I loved Bob Fosse.

Have you found the dancing experience helpful as you've moved into acting?

I think it's essential. With my characters, the body language is really important. How a character sits, how they walk, it can tell you so much about their personality and where they come from and how they're feeling. Training as a dancer, I was observant of that aspect, and I try to incorporate it into every character that I get to play.

I think that comes through in your performances—they're very physical, and it makes them feel more real.

Thank you. Dance has definitely helped me shape that, and have an eye towards that.

So you've worked with Gaspar Noé now. Is there someone else on your wishlist you'd like to work with in terms of filmmakers?

Oh yeah, there are so many people. I'd like to work with Jonathan Glazer, Nicolas Winding Refn, Alfonso Cuarón, Iñárritu, Gus Van Sant, Ang Lee... everyone I love.

Climax is in select theaters now.