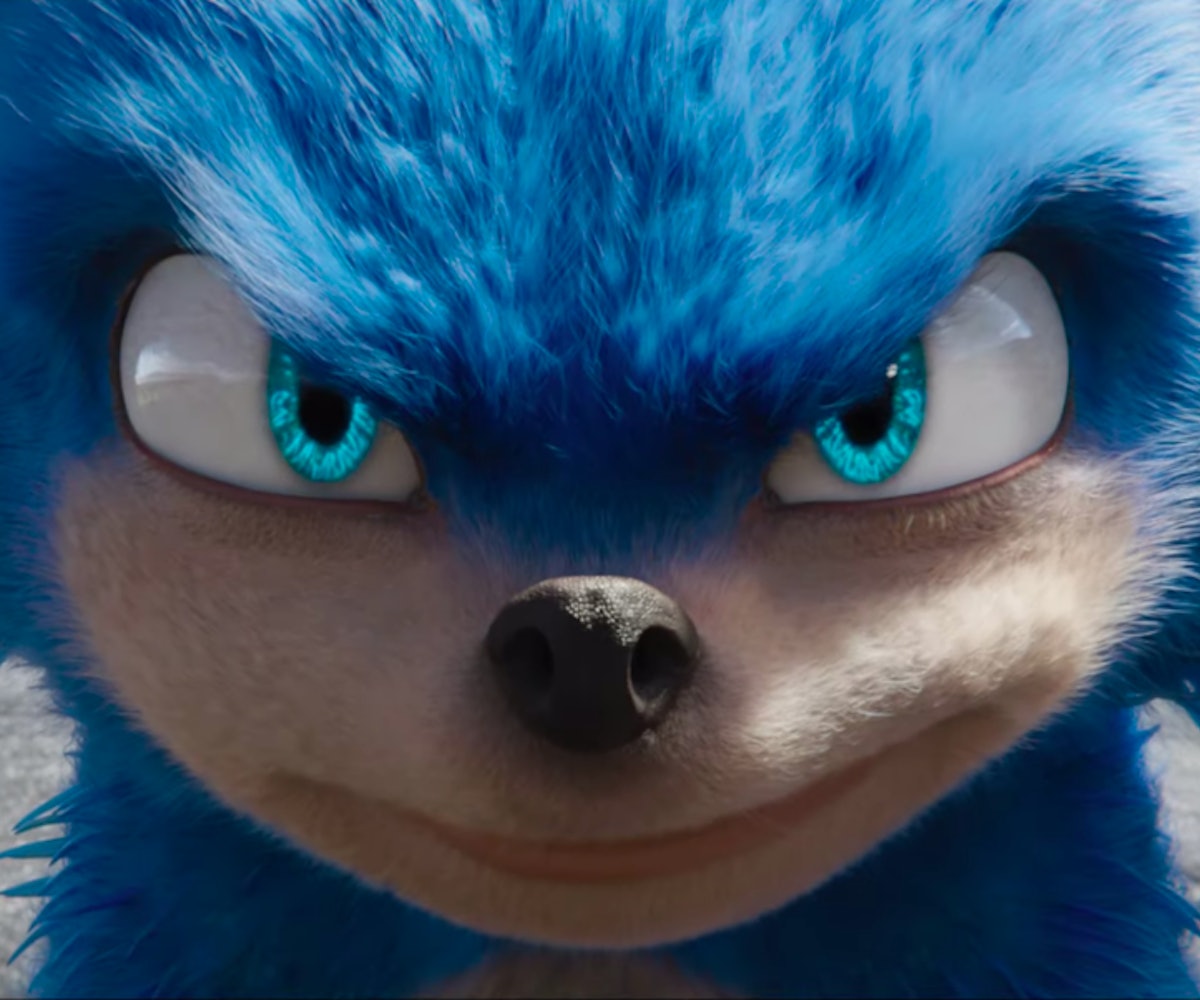 Life comes at you fast, and so do live-action remakes of the animated films and games of your childhood. Today, Sega released the first trailer for Sonic The Hedgehog, starring Parks and Recreation's Ben Schwartz as Sonic and Jim Carrey. It's set to hit theaters in November and is the movie that millennial dreams are made of. But there are some elements of the trailer that have given children of the '90s a pause.

First of all, Coolio's "Gangsta's Paradise" was selected as the official theme song for the teaser. That's just weird. We have a thriving community of Black artists who could have made magic with the original Sonic music (seriously, look at what Tyler, The Creator did for The Grinch soundtrack). Not to mention, Sonic is a lot of things, but a gangsta isn't one of them. Moving right along.

Did you see his teeth?! Sonic has a grill of perfect pearly whites, which would be fine... if he wasn't a hedgehog. In all fairness to the live-action designers, Sonic's teeth appear to be extremely uniform and white in animated form as well. But some things just don't transfer when you plop them into a 3-D world.

This last peeve isn't so much a gripe but a lesson in international cultural. One of the taglines for the film is, "Every hero has a genesis." This is a reference to the Sega Genesis console that made Sonic famous. In some parts of Europe and Asia, though, it was called a Sega Mega Drive. Just about everyone seems to be in agreement that "Every hero has a mega drive" just doesn't have the same oomph, but it's still going to take millennials across the pond some time to get comfortable with the "genesis" part.

Either way, most of us who grew up with the game will still go see it when it comes out in fall. In the meantime, whose mentions do I need to slide into on Twitter to get a Crash Bandicoot movie off the ground? Check out the trailer, below.