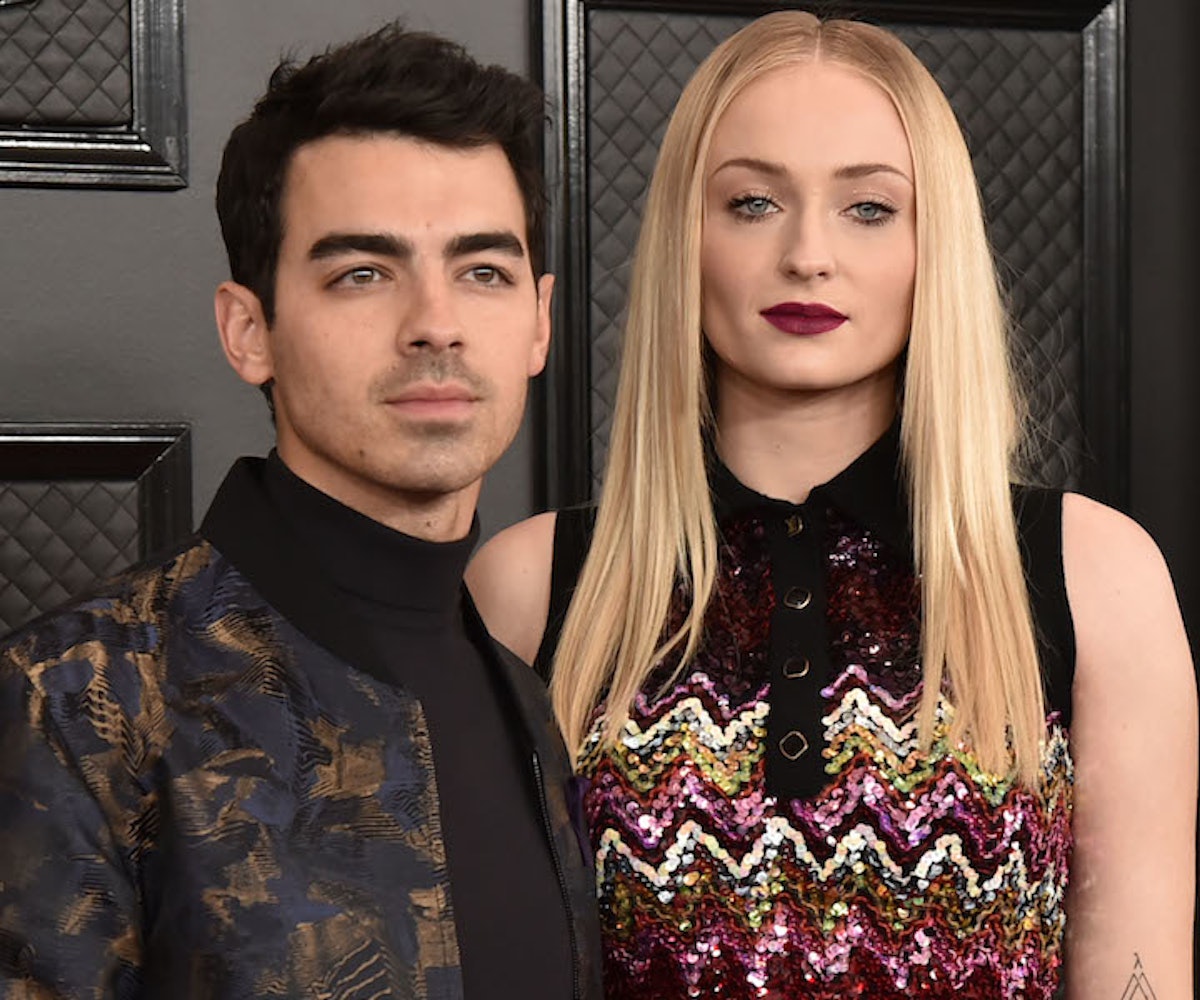 Congratulations are in order. Game Of Thrones' Sophie Turner and Joe Jonas of Jonas Brothers fame are reportedly expecting their first child together. JustJared reported the exclusive, with multiple sources confirming the news that Turner is pregnant.

"The couple is keeping things very hush hush but their friends and family are super excited for them," a source told Jared. Another added, "Sophie has decidedly been choosing outfits to wear on and off the carpet to accommodate her changing body."

Joe is the middle Jonas child and the second to become a father; older brother Kevin has two children with wife Danielle, and the youngest, Nick, is married to Priyanka Chopra.

Turner recently appealed in Louis Vuitton's pre-2020 lookbook, directed by Nicholas Ghesquière. In March of 2019, Turner told Rolling Stone that while she had never envisioned herself marrying young — or even at all — meeting Jonas had changed everything.

NEXT UP
NYLON Nights
Yunè Pinku's Party Playlist Is An Ethereal Pop Fantasia
Entertainment
Ebony Riley's "Deuce Deuce" & 9 Other New Songs Out This Week
Entertainment
Beyoncé Is Now The Most Awarded Artist In Grammy History
Entertainment
Harry Styles' "As It Was" Grammy Performance Featured A Silver Tinsel Onesie
Style + Culture, delivered straight to your inbox.