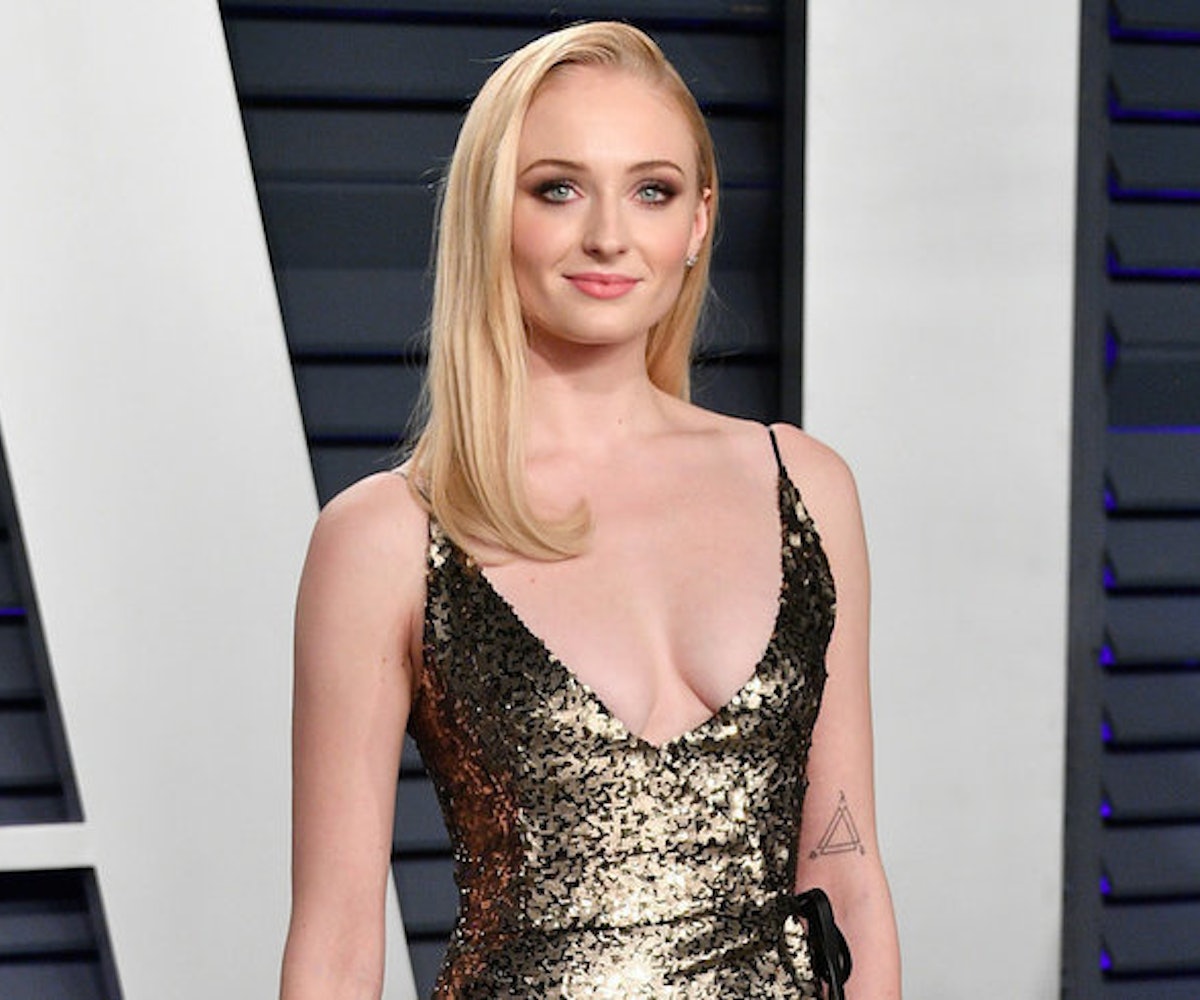 Turns out, Sophie Turner is superstitious. Except, instead of being afraid of walking under a ladder or having the need to pick up a penny that is heads up, she's scared of being cursed while walking over sewer drains. Turner appeared on Jimmy Kimmel Live with the cast ofX-Men: Dark Phoenix, where she revealed just how much walking over one "freaks her out."

The entire cast wrote down their fears, which Kimmel read while the cast guessed whose they were. When it came time to hers—which everyone guessed was hers—Turner said that she has to "say 'onions' to reverse the curse." I'm not sure what curse she may be scared of—Jessica Chastain aptly suggested it might be Pennywise-related—and I've certainly never heard of this particular superstition, but Turner says that she learned it when she was a kid, and it stuck with her. "Now I truly can't walk over a drain without freaking out and having to say 'onions' over and over."

Watch the whole interview (for Turner's confession, go to the 4:13 mark), below.