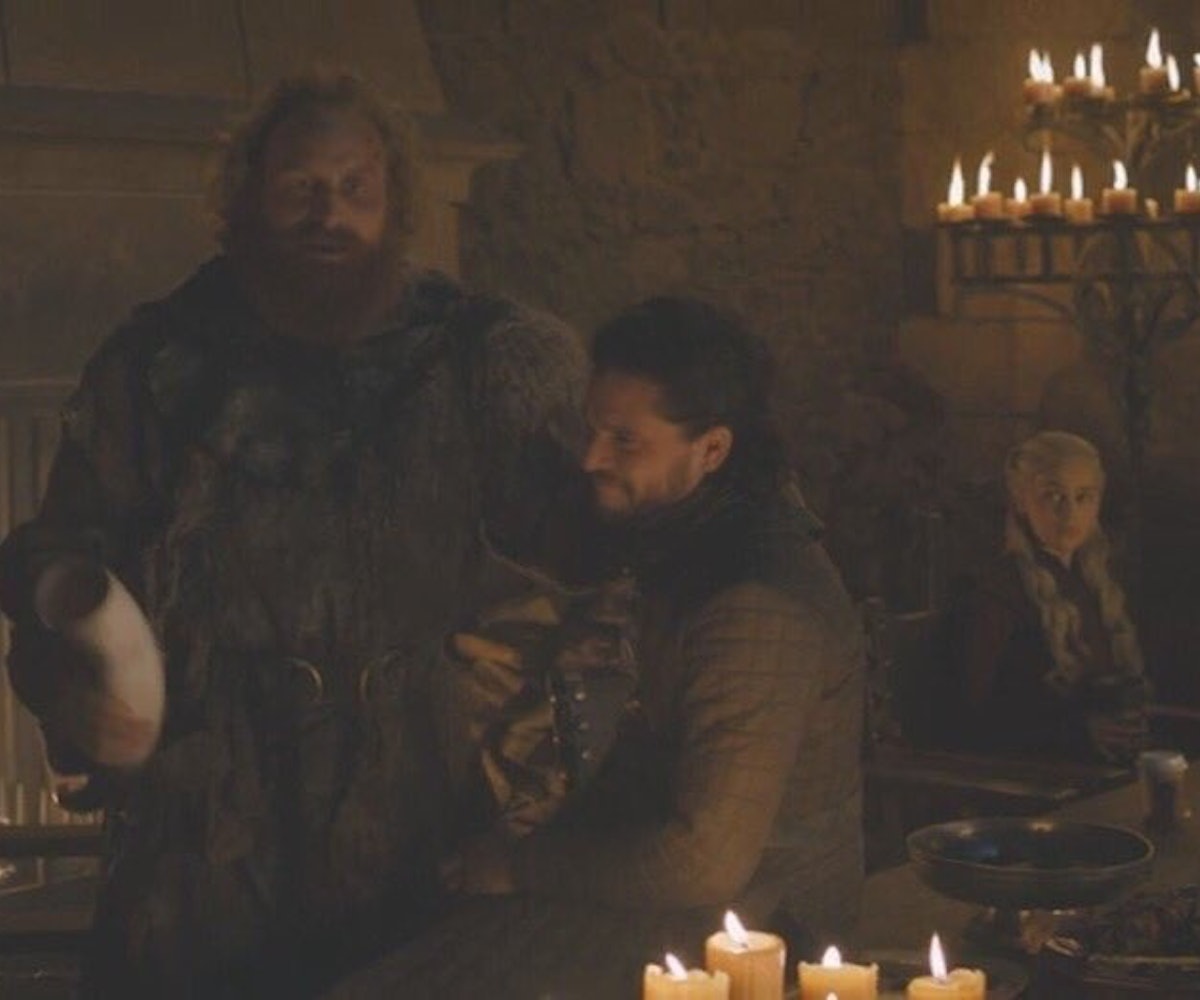 A lot of things happened during last night's episode of Game of Thrones, so it's a good thing Daenerys Targaryen was alert for all of them, thanks to, uh, Starbucks.

Eagle-eyed viewers noticed that the Dragon Queen had a to-go cup of coffee in front of her during the post-Battle of Winterfell celebrations, and quickly took the show to task for not staying on top of their game. It didn't help things that this continuity error happened in an episode that proved pretty unpopular with fans; some took to Twitter indicating that the coffee cup was just further evidence that the show-runners were phoning it in.

And while we're pretty sure that this anomalous item was just left in the scene by accident, it's hard to believe that not a single person—not one actor, editor, cameraperson, or even the director—would have noticed its presence. So, maybe the coffee cup was left there intentionally? Maybe it was left as a reason to give people an incentive to watch the episode again? And talk about it even more obsessively online? Or maybe the GoT team saw it but figured it would either be too dark for anyone to notice it? Or that if people did notice it, as one Twitter user suggested, it would be proof that the show isn't too dark after all?

It's impossible to say for sure. But all we know is there are only two more episodes left, and then we can all go back to obsessing over other, more important things. Like Killing Eve.