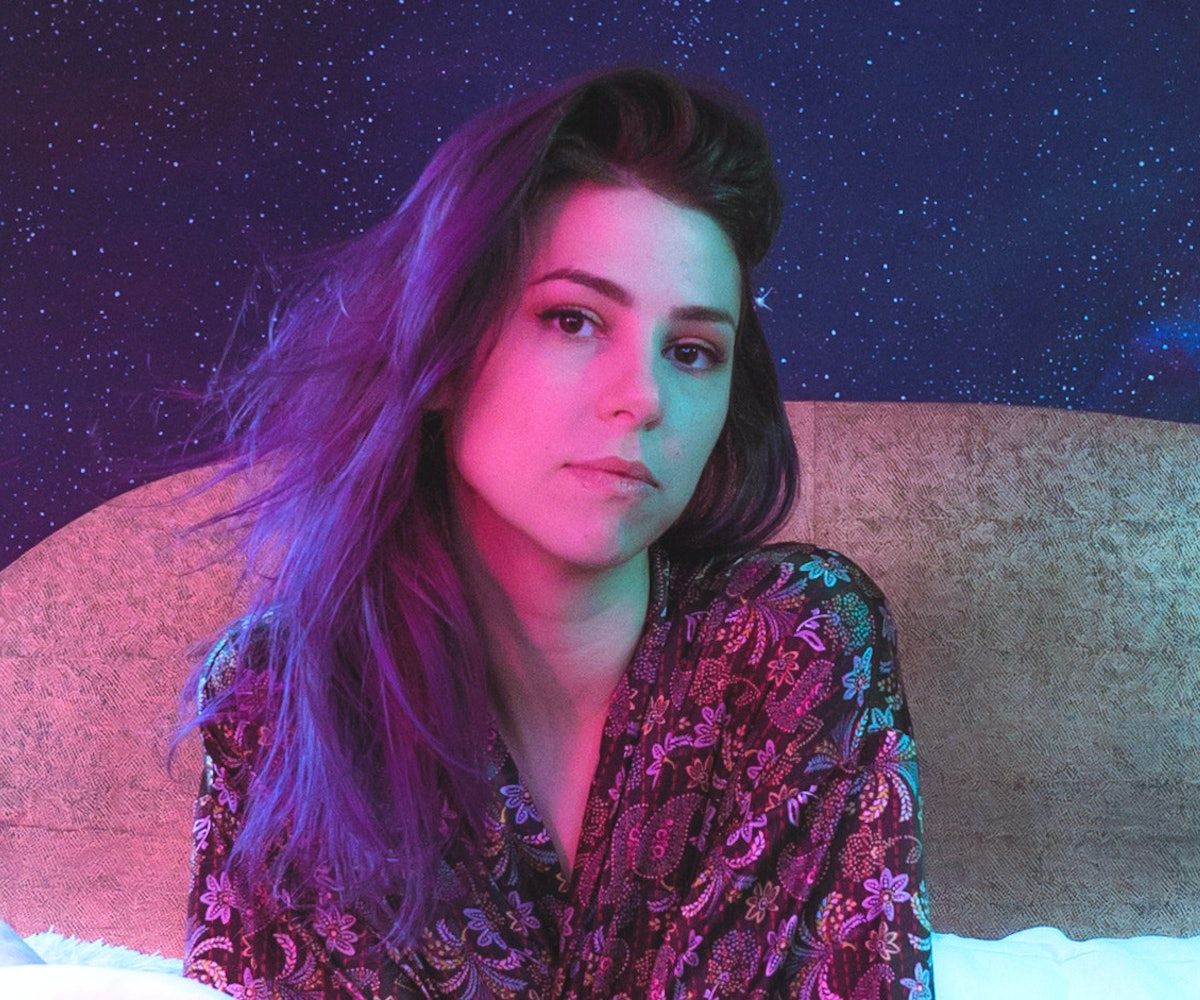 "What do girls even do together?" This question, or some iteration of it, is frequently posed to me once someone finds out I'm bisexual or hears me mention my girlfriend, or if I make any reference to being interested in girls. I would be annoyed by it, but I have empathy because I know how hard this kind of information can be to find. In fact, the details of how two people with vaginas have sex isn't very widespread information. And, I know that I didn't really have all that much information about girl-on-girl sex before, well, actually having it myself. It's precisely this kind of situation that queer sex educator Stevie Boebi is trying to fix.

Particularly when it comes to sex with two vaginas, the lack of available public education leads to a general lack of understanding of how we have sex, which then leads to a lack of understanding in the queer community, too. "I just think that lesbian sex is so oversexualized, and we're the least educated," said Boebi when I asked her recently why it's so important for her to spread knowledge about queer sex in particular.

Boebi said that she started out on YouTube making videos about technology, but after she came out as a lesbian, her audience flipped from mostly male to mostly female, though she would prefer a less rudimentary gender breakdown ("the algorithm only deals in binaries, sorry," she quipped).

Ultimately, her sexuality led her to change her content entirely, because she wanted to educate people who couldn't find answers to their questions anywhere else—even on the internet.

"I started getting a lot of what I called 'stupid questions' from very confused teenage girls saying, like, 'How do I do it? Can I get AIDs from fingering someone?'" Boebi told me. They were questions that probably should have had easily Google-able answers, but, when Boebi looked for lesbian sex education content to send to fans who were asking her, she came up empty-handed. "I couldn't find anything. I think I found, like, two articles on Autostraddle, and that was it," she said. "And then I was like, Well, shit! If no one else is going to do it, then I guess I will."

Boebi's audience is mainly comprised of 13- to 24-year-olds, so she keeps in mind that she's helping people who may not be experienced, or even out yet. She uses her own experiences to inform her work sometimes, but also researches extensively and talks to people she knows who "have fancy Ph.Ds in sexology and shit," who can answer her questions or point her to resources she should be referencing.

Boebi's charm is in her relatability; even if she's talking about things we've been conditioned to feel shame around, she does it in such an open and honest way that all that shame disappears—as it should. She does this by perfectly meshing professional talk with jokes and sarcasm, and even uses characters based on star signs. She knows the importance of taking on taboo topics, because there are so many people who won't otherwise find answers to their questions. "I don't actually struggle in my everyday life asking people if they've ever been anally fisted before," Boebi joked with me. "I'll take that burden."

Beyond instructional sex videos, Boebi also deals with other rarely discussed facets of sexuality and physicality. Boebi is polyamorous, and talks openly about it, confronting the stereotypes and the misinformation about the identity head-on. And, she was also recently diagnosed with Ehler's Danlos Syndrome after going years without a diagnosis, and she aims to start working more with disabled queer sex educators to make her work more inclusive of people with disabilities. Though she pointed out to me that her work was already encompassing of disabilities, she "hasn't been a part of the disability activist community for very long," and so she has a lot to learn.

And, though Boebi's happy that she has the platform she does, she wants a more inclusive array of sex educators to join the scene. "My voice is my voice, and it's unique to me, but I think there should be way more," she noted. "Especially people [with intersectional identities]. That would make me so happy if we could diversify sex educators."

And, though Boebi says there's no "ideal way" to educate people about sex, she's definitely on a better track than the public education system, and she makes clear that there's nothing shameful about sexuality—in fact, it's just a part of being human, and a really fun one, at that.