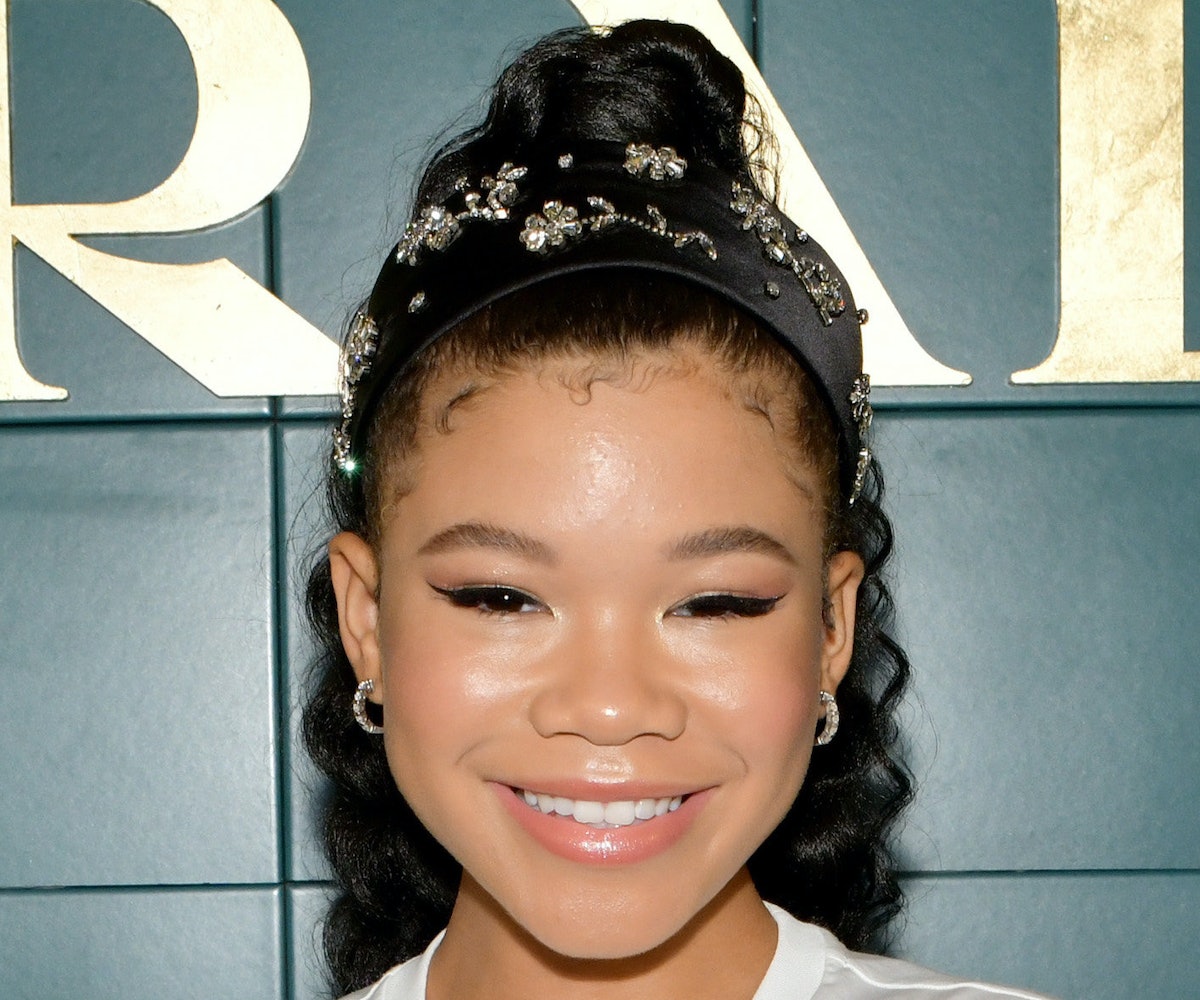 Milan Fashion Week is just getting started, but Storm Reid is making already making a play for best front row beauty look. The Euphoria actress was spotted at Prada's Milan Spring/Summer 2020 show sporting one of this season's hottest trends: the embellished headband. Reid paired the sparkly hair accessory with gently laid baby hairs, each section creating small "s" curls around her crown. The look was completed by a voluminous curly high ponytail, created by hairstylist Nai'vasha. Her makeup is neutral in comparison—a nude eye and peachy lip—allowing the hair to have its own moment.

Clearly, Reid is feeling the look—her most recent Instagram posts are proof. The first, a close-up video of Reid swinging her ponytail pre-show, features the actress singing along to Young Thug's "Hot" and showing off the view from her balcony. The second video is Reid following the show, offering up a 360 view of the look as she twirls, giggles, and struts through a hotel hallway.

It's an entire mood, and a look we'll be copying this fall and beyond.