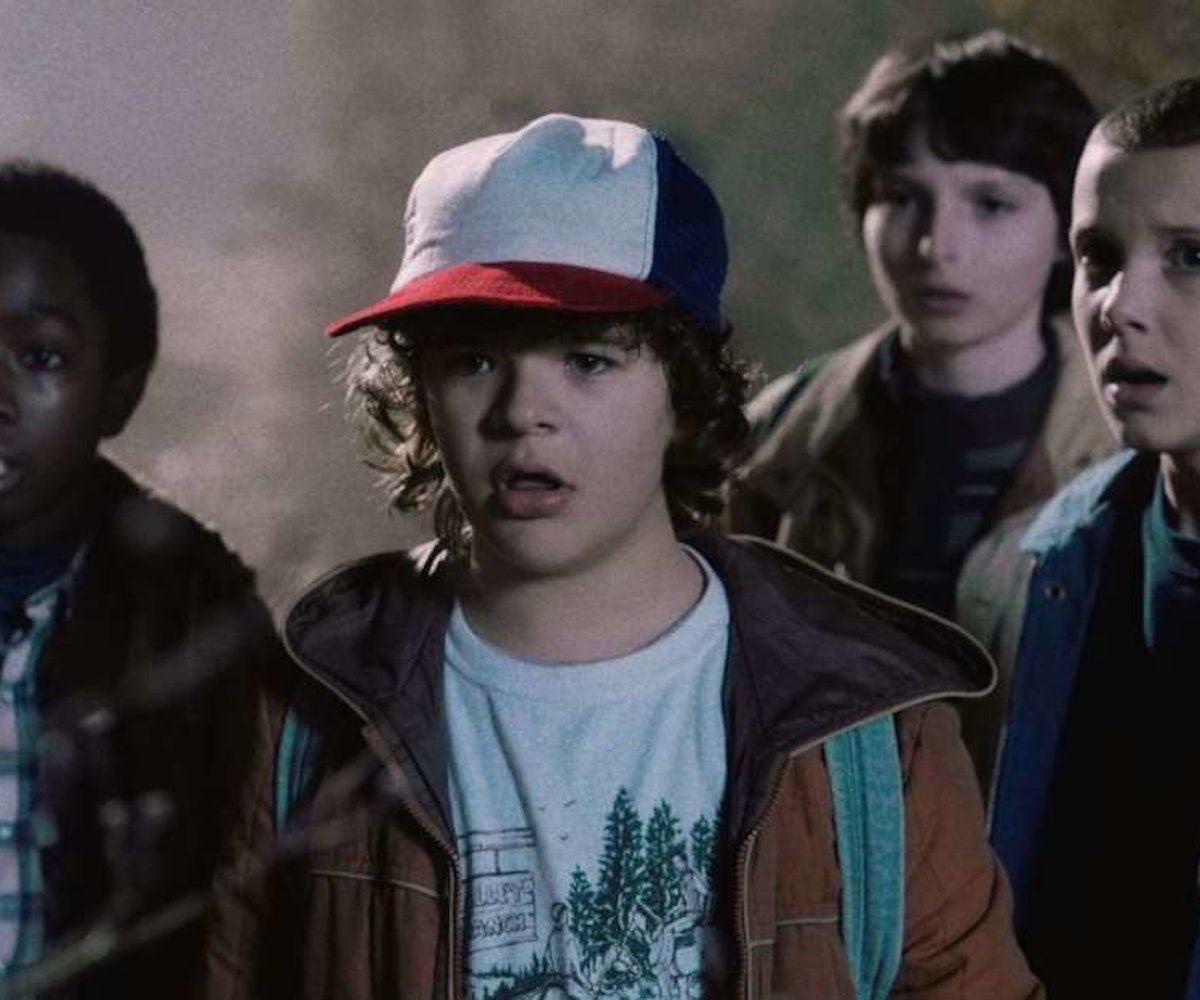 A new teaser trailer for the upcoming third season of Stranger Things has arrived, and it's leaving us even more confused than before.

The teaser, released on the Stranger Things Twitter page, is nearly one minute long and lists the names of every episode, with titles like "Suzie Do You Copy," "Mall Rats," "The Birthday," "The Bite," and "The Battle of Starcourt."

The first trailer for the third season was dropped in July, which showed us that Hawkins, Indiana, got a new mall, called the Starcourt Mall. We're sure that "Mall Rats" and "The Battle of Starcourt" go down at this new location, although we're still left wondering who, exactly, is going to be battling. And we're thinking that the character celebrated in "The Birthday" might refer to Eleven since, given her past, she's probably never had a birthday party.

The third season of Stranger Things is reportedly dropping sometime in the summer. Watch the new teaser, below.

NEXT UP
Culture
For The Girls Of Forever Magazine, What's Forever Is Friendship
Culture
Puma Releases Art Book Who’s Who: New York Local Edition
Culture
Phoebe Dynevor Will Not Return for Bridgerton Season 3
Culture
6 Shows To Binge Once You've Finished 'The White Lotus'
Style + Culture, delivered straight to your inbox.