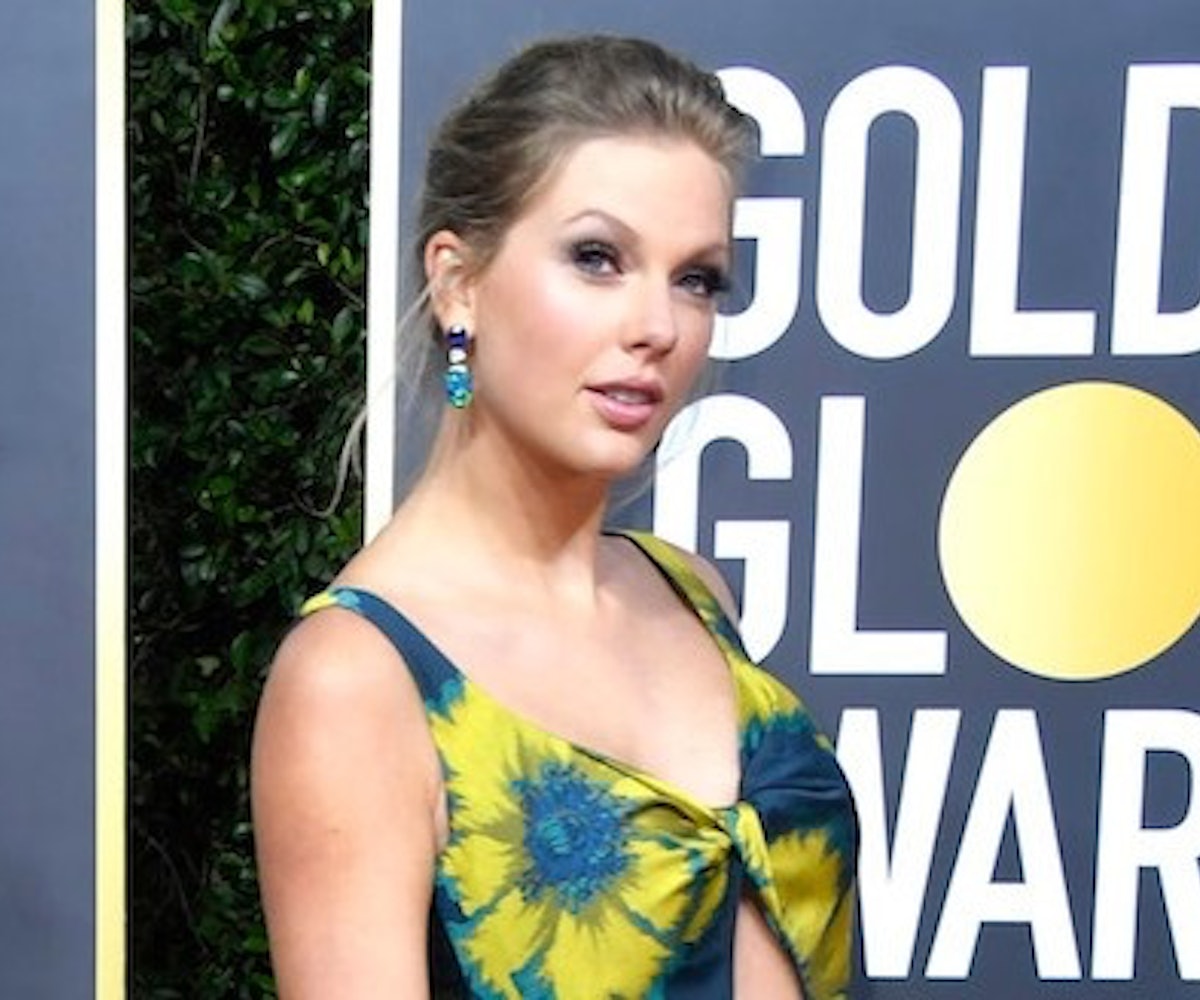 After a surprise appearance in 2019, Taylor Swift officially walked the red carpet at the 2020 Golden Globes on Sunday night. Her song "Beautiful Ghosts" from the film Cats is up for an award, and the musical artist wore a blue-and-yellow floral-print gown by Etro made custom for the special event. While her boyfriend, Joe Alywn, was also in attendance, they both decided to walk the carpet solo. For beauty, Swift kept things simple, keeping all the attention on her colorful gown, save for a smoky eye.

Swift was previously nominated in the category in 2012 for her song "Safe and Sound" from The Hunger Games and then in 2013 with "Sweeter Than Fiction" from the film One Chance. While Cats has received, um, less than stellar reviews from critics, some are placing their bets on Swift at the Golden Globes, despite the fact that "Beautiful Ghosts" wasn't on the shortlist for Oscar nominations.

Last year, fans and viewers were stunned to see Swift step onto the Golden Globes stage with Idris Elba (her Cats co-star) to present Best Original Song to Lady Gaga for A Star Is Born's "Shallow." Now that she's up for the very same accolade this year, this awards show moment might just come full circle on Sunday night.

See more of Swift's red carpet look at the 2020 Golden Globes, below.