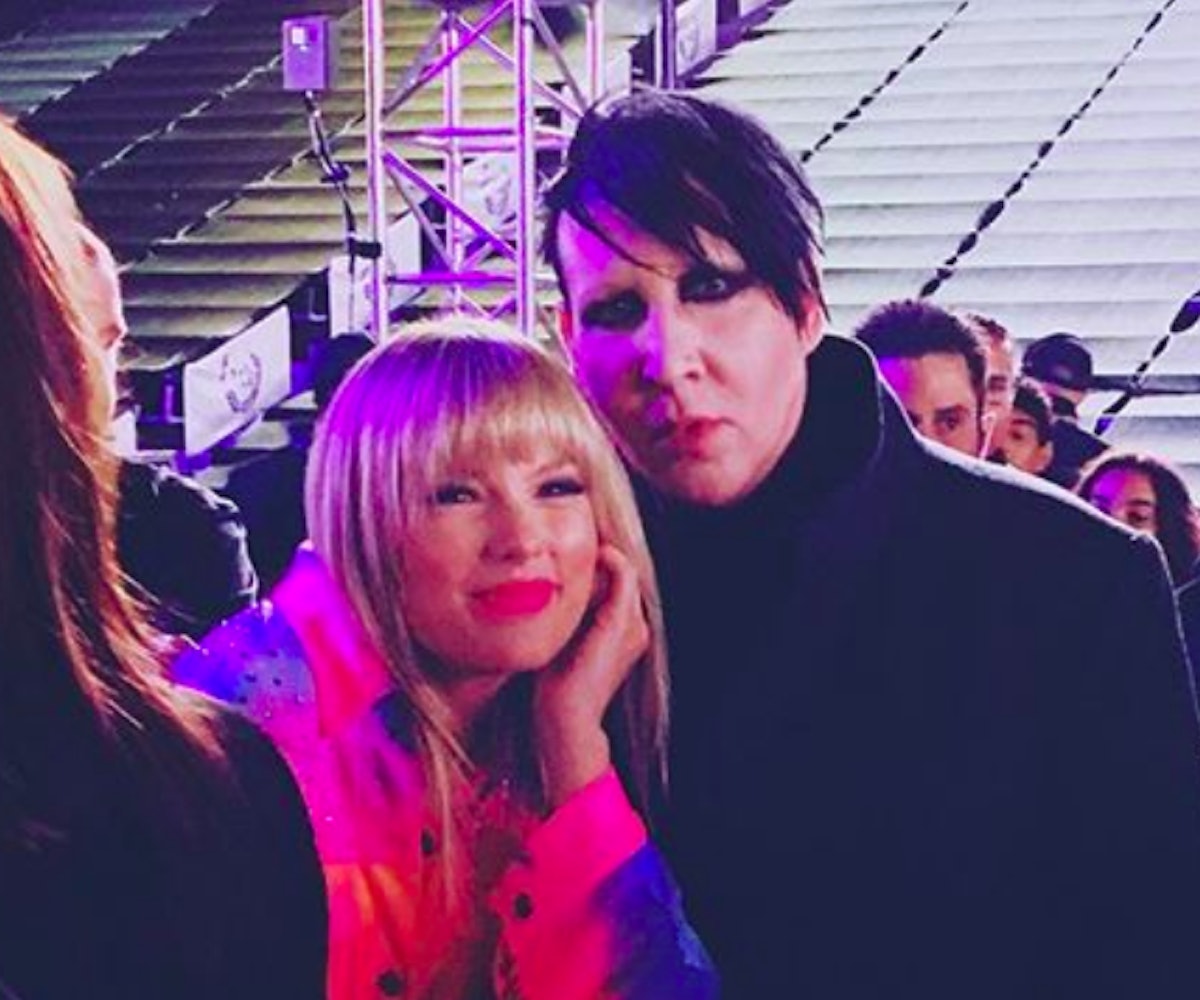 Over the weekend, pop star Taylor Swift was seen posing excitedly with emo icon Marilyn Manson. I have so many questions.

The two were photographed together at Wango Tango. Manson and Swift looked like polar opposites in the photo, which, well, they are: Swift was wearing a rainbow-colored ensemble and bright lipstick, while Manson was wearing his signature all-black clothing and heavy eyeliner.

Naturally, all of Twitter *needed* to find out what was happening leading up to the photo and making memes about their wildly disparate looks.

I know it's terribly unlikely, but I would do anything to hear a collab between these two. I don't even know what it would entail, but I think we'd all be into it. If not, could Manson at least join the Jonas Brothers?