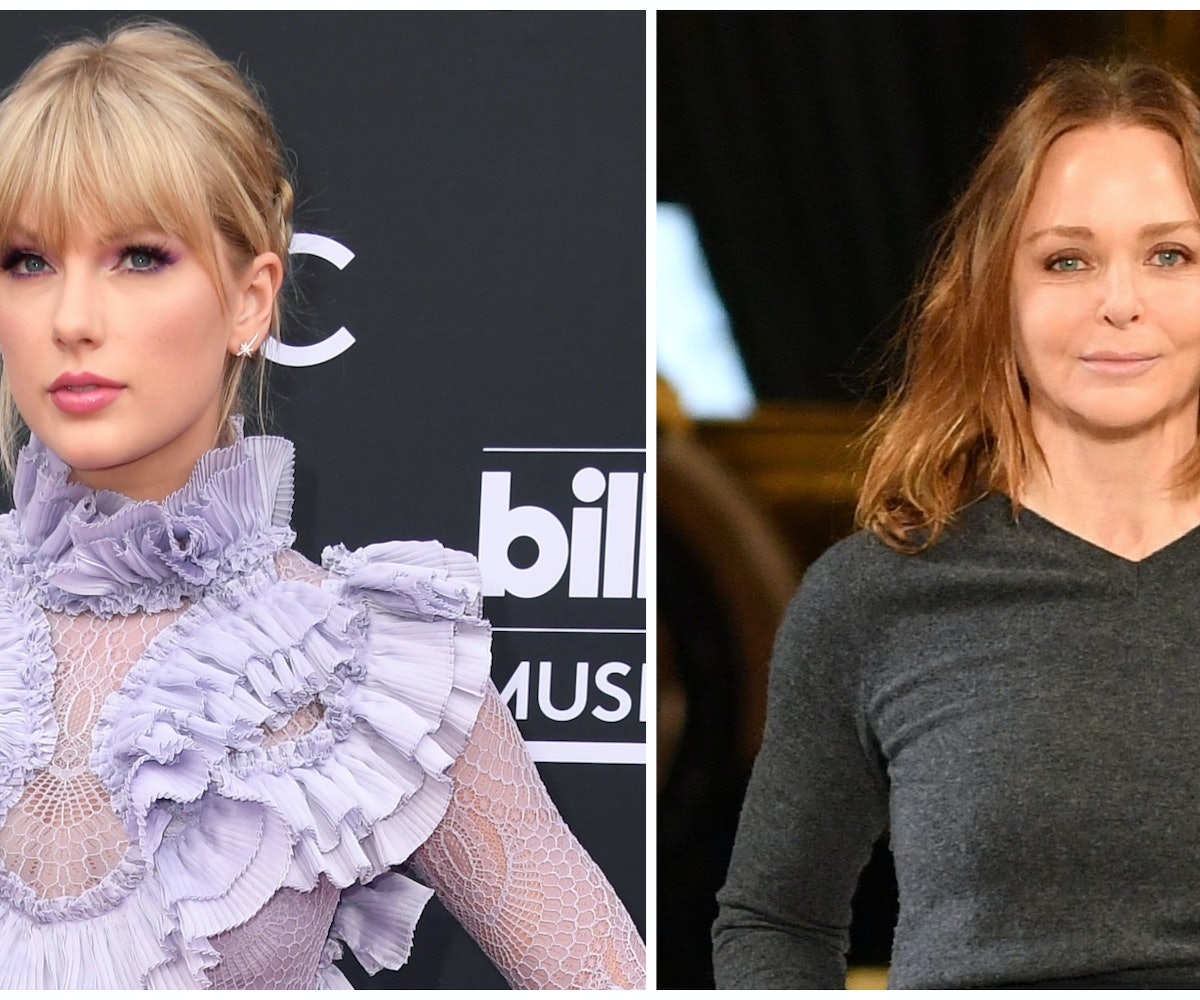 In an Instagram Live on Thursday, Taylor Swift announced that she would be creating a collaboration with fashion designer Stella McCartney inspired by her upcoming Lover album. Although she kept it vague, we can only assume that the two are working on a collection of luxe merch.

Swift noted in the announcement that she has been friends with McCartney "for a really long time," and that the designer already heard the new album. "I respect what she creates, how she creates it," Swift continued. "There's so much whimsy and imagination and romance to the clothing that she designs." Swift has been wearing McCartney's designs "a lot recently," so maybe we should have seen the collab coming.

One eagle-eyed fan pointed out that Swift wore Stella McCartney rainbow-hued shoes during her Wango Tango set. If the collab is anything like these shoes, you can bet I'll be copping it as quick as I can.

Swift detailed in her Instagram Live that the album Lover would be all about romance, which makes McCartney and her feminine designs perfect for the collaboration. We just hope that this collection doesn't have any typos, like some of Swift's "ME!" merch did.