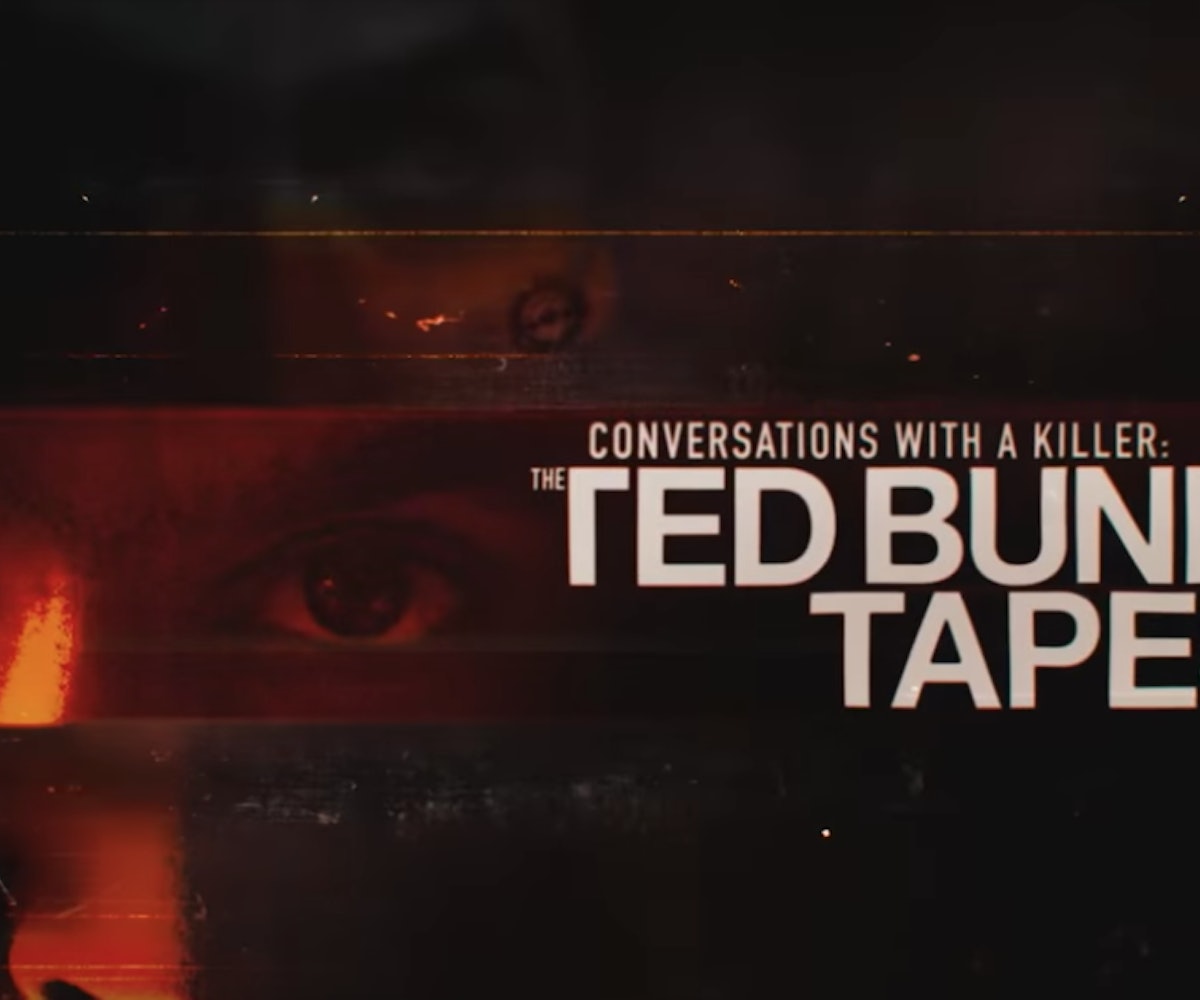 Last month, Netflix announced that it would drop a docuseries about serial killer Ted Bundy, Conversations with a Killer: The Ted Bundy Tapes. Now, the streaming service has dropped the first official trailer for the series, which premieres next week. We're so ready.

The series will feature never-before-heard audio interviews with Bundy himself, recorded while he was on death row for killing at least 30 women. A teaser of these recordings is heard in the trailer, with Bundy saying that he had "never spoken to anybody about this." It's particularly unnerving to hear him referring to himself as "just a normal individual." Another clip hears him saying, "I'm not an animal, and I'm not crazy. I don't have a split personality."

The four-part show will also bring attention to the fact that Bundy was known to court his victims with his good looks and charm and that women were attracted to him even when he was on trial for the murders. Clips from interviews with women who attended his trial hear them saying that he "doesn't look like a serial killer," as if doubting his guilt.

The series will debut on January 24, which is 30 years after he was executed. Watch the trailer, below.