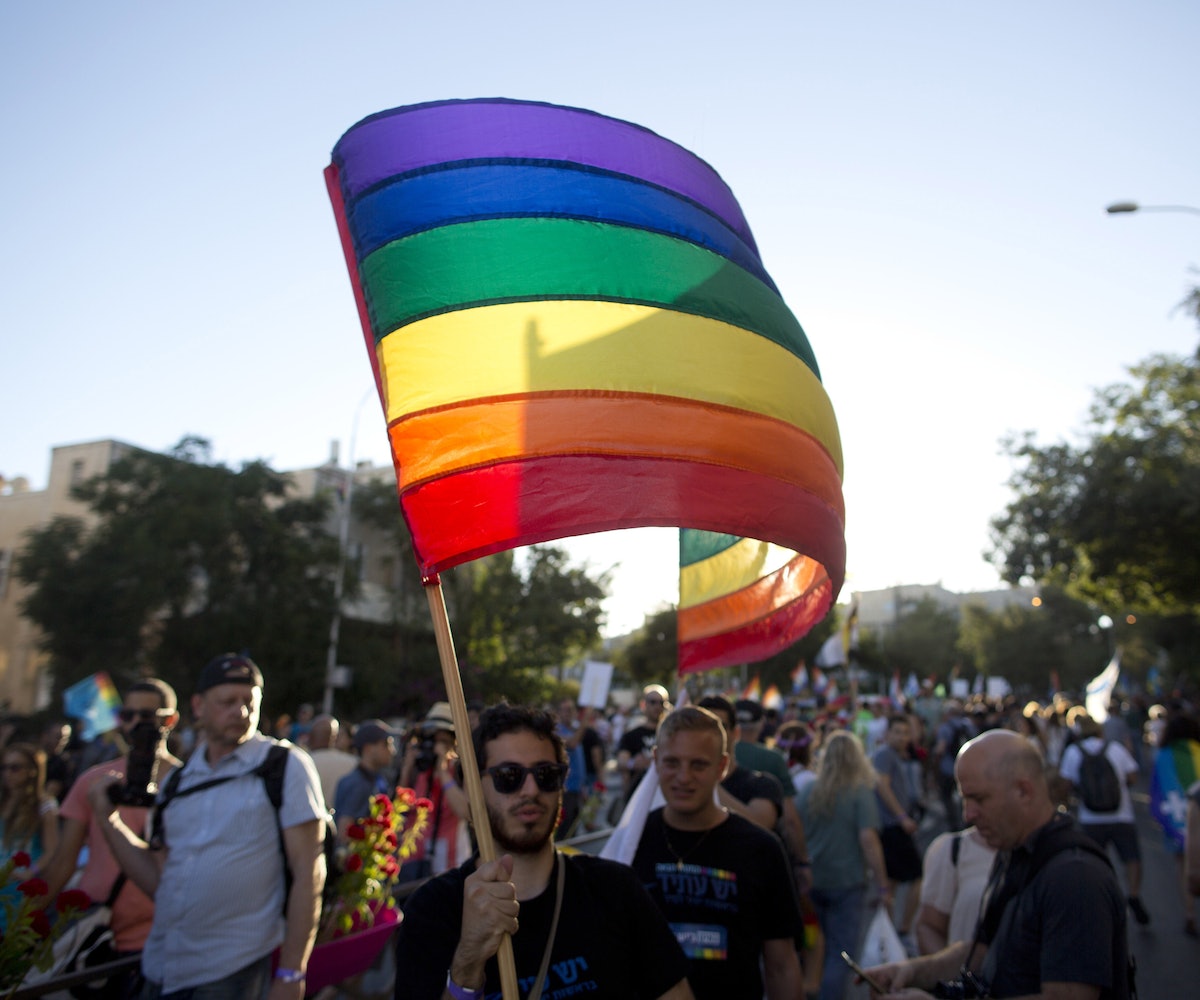 Tennessee legislators are intent on having their homophobia and transphobia legitimated with legislation. Just this year, Tennessee residents have seen 12 anti-LGBTQ bills proposed in its state—and we're barely three months into 2019. The homophobia is so overt that the slate of bills is being called the "slate of hate," which is an apt description.

The 12 new bills—six companion bills in the House and another six in the Senate—are attacking everything from trans rights to even gay marriage, even though that was made legal country-wide years ago. One proposed bill, called the Tennessee Natural Marriage Act, the bill would make gay marriage illegal in the state, making the Supreme Court decision to legalize it null and void. In addition to being a violation of human rights, if the bill were passed, as NBC News points out, it would cost the state over $9 billion in federal funding. Another would uphold the rights of adoption agencies who discriminate against hopeful LGBTQ parents based on their "sincerely held religious beliefs."

Two other companion bills target transgender individuals and would make nudity in a "restroom, locker room, dressing room, or shower, any of which are designated for single-sex, multi-person use" illegal for them. Trans people are unable to change their sex on legal documents, so this bill would make it impossible for them to legally use the bathroom of their gender identity. It even further delegitimizes their gender identity, saying that "a medical, psychiatric, or psychological diagnosis of gender dysphoria, gender confusion, or similar conditions, in the absence of untreated mental conditions, such as schizophrenia, will not serve as a defense to the offense of indecent exposure."

Nick Morrow, a spokesperson for the Human Rights Campaign, says that these bills are deeply troublesome and that the bills involving transgender people in bathrooms would "effectively erase transgender people from public spaces." "Let's be clear: this 'slate of hate' aims to use LGBTQ Tennesseans as pawns to win cheap political points," Morrow told NBC News. "These lawmakers are supposed to look out for all of us, not just some of us, and they certainly shouldn't be using their power to make life worse for LGBTQ Tennesseans."