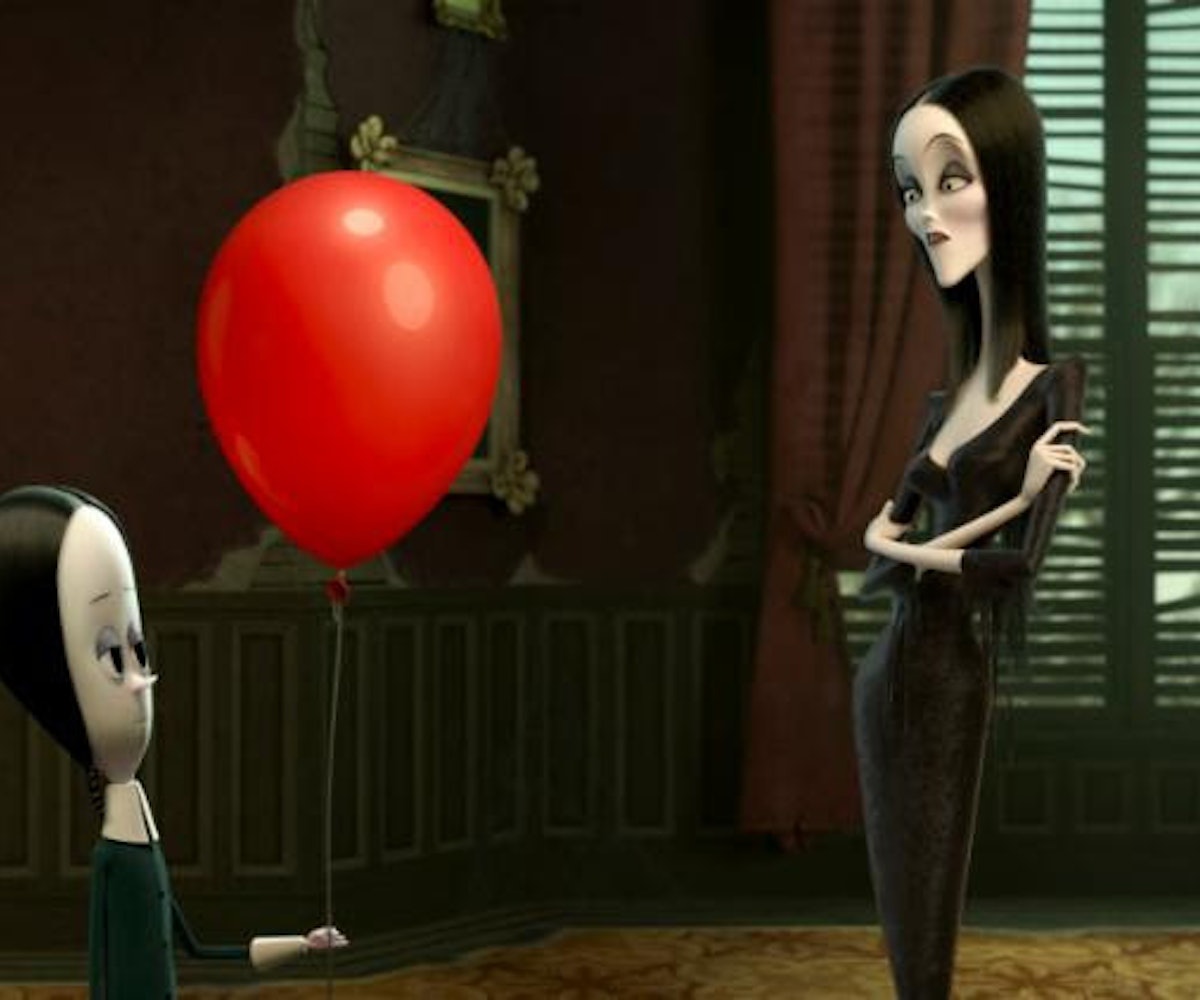 The first trailer for the forthcoming cartoon production of The Addams Family has been released, and it's the perfect update to the classic that we all grew up with.

In the film, the Addams family is moving to somewhere "spooky," aka *shudder* New Jersey. The trailer gives us just a quick introduction to the characters we already know, and the shenanigans they're set to get into in the film. Among them, Wednesday (Chloë Grace Moretz) brings a frog back from the dead in a science experiment, much to the terror of her classmates, and Pugsley (Finn Wolfhard) drinks from a dog's bowl in the middle of town.

All this and more leads the Addams' very basic neighbor Margaux Needler (Allison Janney) to try to get them exiled from the town. I mean, what New Jersey resident is prepared to have hundreds of bats unleashed upon them at any given moment?

At the end of the trailer, Snoop Dogg, playing Cousin It, shows up for a visit at the family's new home in a car blasting "Drop It Like It's Hot." He's an incredibly short, very blonde little man who only speaks in gibberish, and it's my dream casting.

The Addams Family also stars Charlize Theron as Morticia, Oscar Isaac as Gomez, Nick Kroll as Uncle Fester, and Bette Midler as Grandma. It comes out on October 11, just in time for your Halloween viewing.