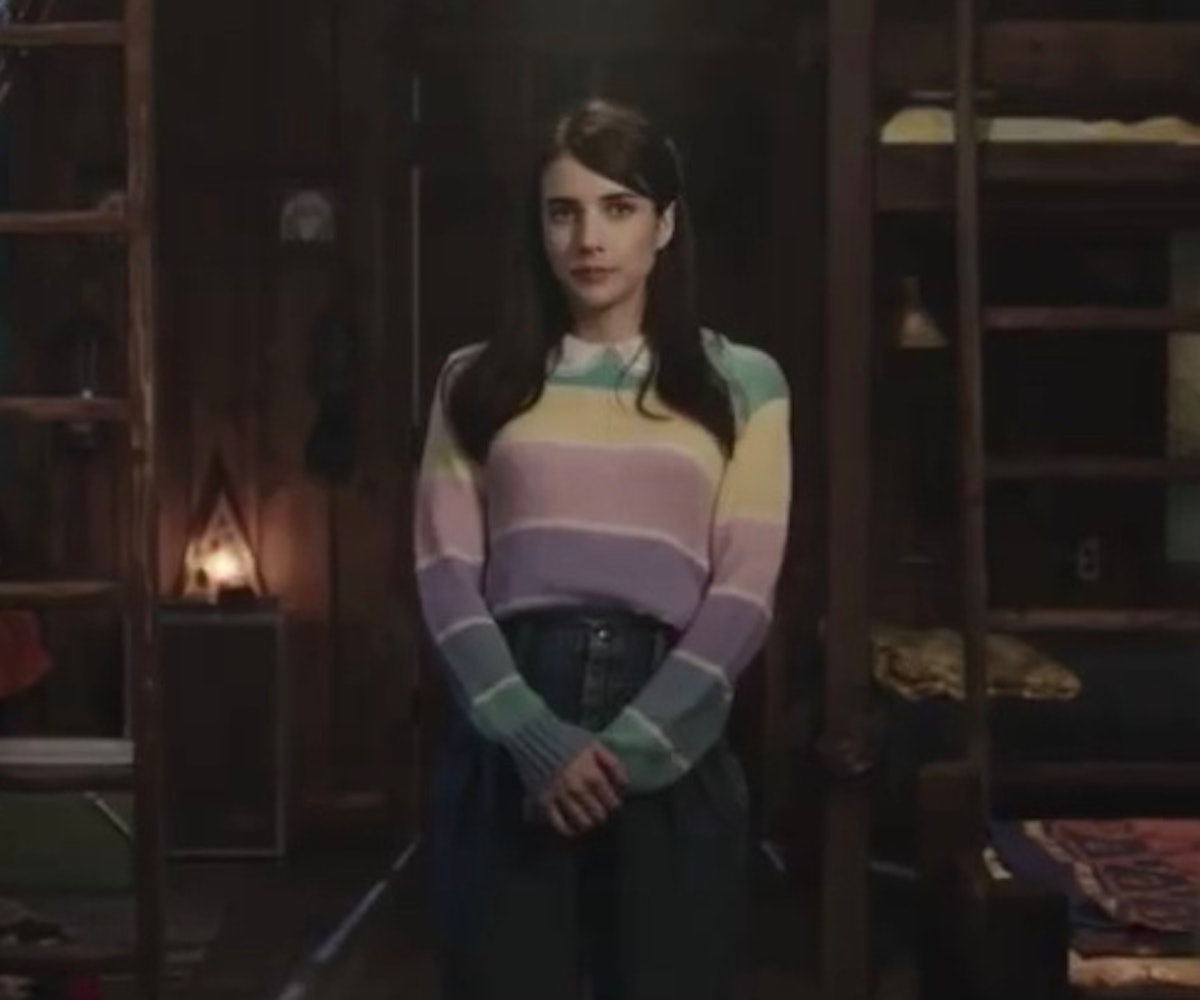 Ryan Murphy just introduced us to the main characters of American Horror Story: 1984 via a first-look video, and it's full of "amazing 80s lewks."

In addition to Angelica Ross—whose casting was revealed yesterday following Pose's airing—the main characters are Emma Roberts, Gus Kenworthy, Cody Fern, DeRon Horton, Billie Lourd, Leslie Grossman, Matthew Morrison, Zach Villa, and John Carroll Lynch. It looks like they're all either working at or attending a sleepaway camp. The tropes are all there: Roberts looks like the bubbly cheerleader, Kenworthy is a jock, Fern is an image-obsessed pretty boy, Horton is a nerd, and Lourd is a no-fucks-given loner by choice.

As for the adults, Grossman looks like a stern teacher, while Morrison seems to be a gym teacher with a noticeable bulge, and Ross is the nurse on site. Villa is the creepiest of the bunch, wearing all black and carrying some sort of knife. But we're not entirely sure he's the slasher: Lynch's character appears in a dimly lit room of bunk beds with a hood covering his face.

Previously, it was reported that the ninth season would be inspired by '80s slasher films, like Friday the 13th and A Nightmare on Elm Street. This video, in particular, is very Sleepaway Camp.

Check it out for yourself and see the casting announcement, below.