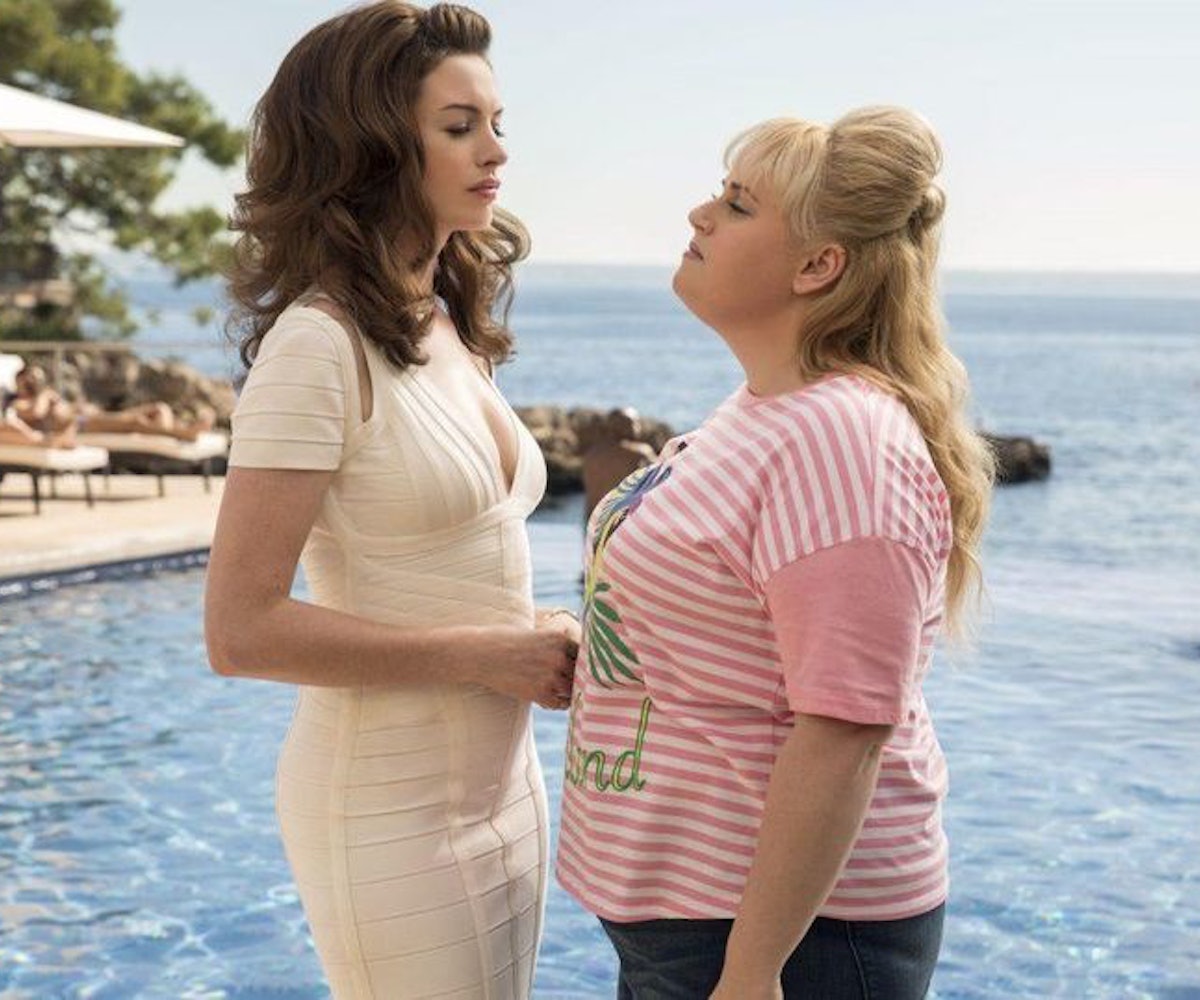 The summer of the scammer is moving into winter. The first trailer for Anne Hathaway and Rebel Wilson's gender-switch remake of Dirty Rotten Scoundrels is here and, we're calling it now, it will definitely be better than the original.

The film, called The Hustle, stars Hathaway as a seasoned scammer who meets Wilson, an aspiring con artist. While Wilson limits herself to conning a meal out of unsuspecting men, Hathaway is scamming men out of their diamonds. In the first trailer, we see Hathaway take Wilson under her wing, teaching her how to trick wealthy men out of their fortunes. No lie, I was tempted to start taking notes.

While Dirty Rotten Scoundrels starred Michael Caine and Steve Martin as scamming men in the '80s, the reversal of genders arguably makes for a much better story. Hathaway's character reveals that she's able to con so many men because men don't think any woman can be smarter than them, and because they don't expect women to be so sinister.

The Hustle premieres May 10. Watch the first trailer, below.