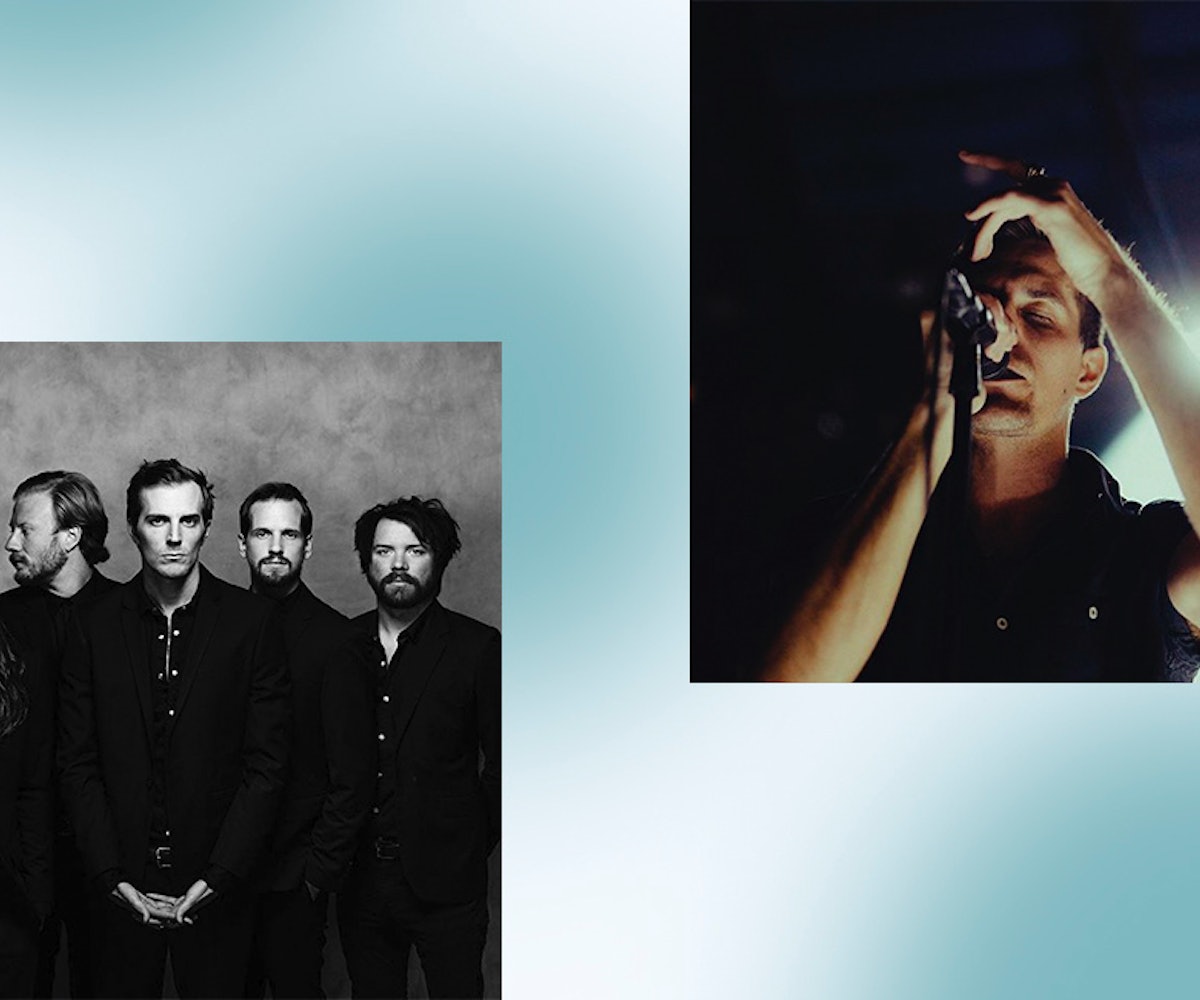 John O'Callaghan of The Maine isn't a rockstar, nor does he want to be. All he wants is for The Maine to be known as a good band made up of good people. "Wholesome, well-intentioned individuals," as he puts it. And, yes, he actually means it.

The Maine arrived on the scene with debut album Can't Stop, Won't Stop in 2008—the heyday of MySpace (RIP), Warped Tour (RIP), and greasy, albeit sexy, emo boy hair (also RIP). Since then, the band amassed a cult following by not only releasing great new music consistently, but also by killing fans with kindness and, in their own words, "actually giving a shit."

You Are OK, the band's seventh studio album, is a deviation from previous material and an opportunity for O'Callaghan and the band to be truly vulnerable, opening up a dialogue about being okay—or not.

"We definitely set out to make a different record than we have in the past, and more importantly, a different record than Lovely Little Lonely and American Candy," O'Callaghan says of the band's latest. "We wanted to make a record that was sort of jarring for not only us but, hopefully, for the listener as well. Just knowing that it's our seventh album, playing it safe probably wouldn't be the smartest thing to do. So I think we did what we could to not be safe and to not be subtle. To not hold anything back, I guess."

Another natural reason that the new music is a deviation from previous albums? The band members aren't emo teens anymore. "I was 18 or 19 when we started, and I'm 30 years old now. To be able to evolve and grow as a person as well [as evolve musically] has been something really special."

If you've been following the band since the beginning, it's evident that they've grown up. O'Callaghan has graduated from lyrics like, "Oh she makes me feel like shit/ It's always something/ But I can't get over it/ She thinks it's nothing," to, "I won't beg on your pardon, you see/ You know I'm not a human/ One part anxiety using two parts naivety/Just to keep sane"

With an album titled You Are Ok, lyrical mentions of anxiety, and tracks titled "Slip The Noose" and "Broken Parts," it's clear that mental health is at the forefront of the album. I asked them if the album title is an intentional affirmation for the listener to use.

"We've avoided [the topic of mental health] so much as a society that I think it's not only an affirmation but also a question. The answer doesn't have to be that you are okay right now. The answer can be no. But it's sort of me telling myself that, even though I might not be [okay] right now, I will be one day." He continues, "I think there's a stigma to not feeling the way that people promote that you always should, if that makes sense. I think that the idea of being depressed and the idea of being, for lack of a better word, not okay, there's a stigma to that. I think it's important to at least be talking about it and open the dialogue, and if nothing else, give people a mantra to hopefully use in the times that they need it." And boy, do a lot of us need it a lot of the time.

Providing listeners with mantras, intentionally or unintentionally, is nothing new for The Maine. "We'll All Be" off Can't Stop Won't Stop provided us with "We all have been degraded/ We all will be the greatest" which, admittedly, I had plastered on my wall as a high schooler. A hidden track off third album Pioneer gave us, "Strength will find you sooner than you ever thought it would," which became a popular lyric for fan tattoos. "(Un)lost" from American Candy gave us, "Control what you can/ Confront what you can't," another popular lyric for fan tattoos.

"The omnipresent What the fuck are we doing here as human beings? question has always existed in my mind," O'Callaghan says of lyrics like these. "It's always been an existential crisis my whole life. I think those questions will never leave, but the idea that we get to experience it is something that I certainly don't take for granted."

Even anxiety is something he doesn't take for granted—and maybe even appreciates. "I certainly struggle with anxiety," O'Callaghan confesses. "But I think it helps you realize that you're still alive and the blood is still coursing." He continues, "It's tough business being a human being. I think that it's important to just relay the message to people that I don't have it figured out by a long stretch and I've never claimed to, and I struggle with the same shit that everybody goes through. Making it known that people aren't alone in feeling alone has always been a real staple for me."

This mission of providing fans with comfort and reassurance that they aren't alone goes beyond music and lyrics. The five super-nice (but not uncool) guys who make up The Maine genuinely care about making their fans feel good. The band constantly tours, but never sells VIP meet and greet packages like many of their peers do because they believe, again, in their own words, "Why would you pay money to meet a human being?" Instead, the band hangs around after every show for a couple of hours in an attempt to meet as many fans as they can, take photos, and sign autographs—all free of charge.

"We learned that the paid meet and greet will never be our philosophy," O'Callaghan states. "Why the fuck would someone pay hundreds of dollars to meet these people who they think are their idols that end up just letting them down?" Most people who've fallen prey to the paid meet and greet will tell you that the experience of an awkward handshake and rushed conversation across a folding table just isn't worth it.

He says, "It's always been less about business for us than it's been about speaking our truth and connecting on a personal level with people. [To us,] it's obvious that you would pay most attention to the individuals who allow you to do what you do, because, without them, you don't get to do that. That's as simple as it gets."