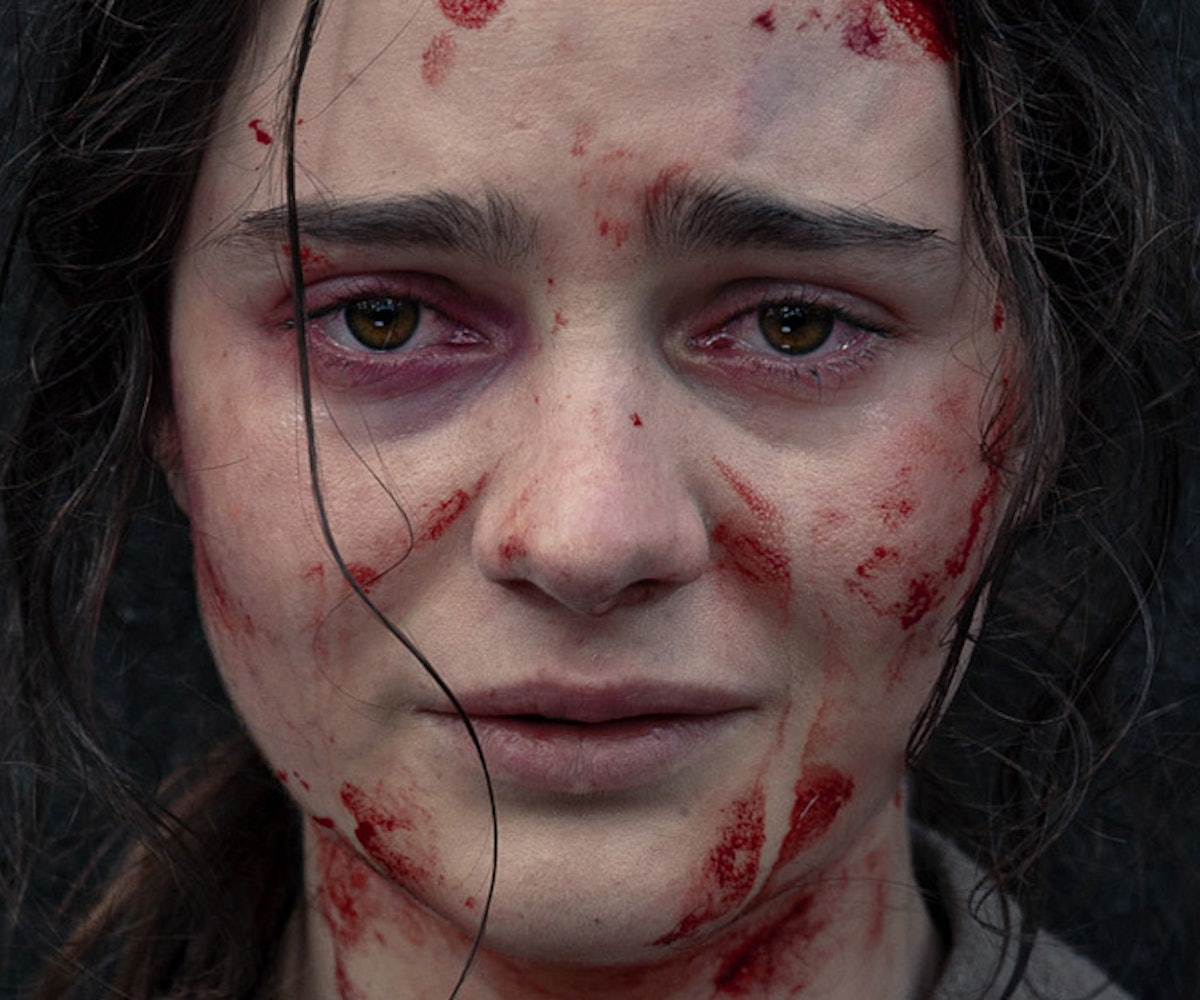 Australian director Jennifer Kent's The Nightingale is a bleakly intimate story of suffering, revenge, and colonial horror. The rare period thriller to trust its cast more than its costumes, Kent's sophomore follow-up to 2014's The Babadook lives in its close-ups and long, lingering shots of misery, vesting its characters with the weight of the broken worlds from which they come. Its brutal depictions of rape—four filmed, more implied—invoke a feeling of queasy, dissociative peril which permeates the entire film, from its washed-out color palette to its understated score.

At its most visceral, The Nightingale is painfully revolting. A scene in which protagonist Clare (Aisling Franciosi) bashes in a young British soldier's head with a musket's butt hammers home the sheer moral and physical weight of her quest for revenge. The sight of a toddler left confused and alone in the Tasmanian bush after British soldiers kidnap his mother in order to rape her is almost unbearable, as is the panicked act of infanticide which touches off the plot. The film is ruthlessly unsentimental in its treatment of children. Aboriginal guide Billy's (Baykali Ganambarr) monologue about the systematic murder of his family and his abduction to a white-run school hammers this home on a grand scale, Billy's easygoing manner transformed as he reveals the knot of grief, confusion, and rage at the center of his personality.

Kent's close-ups are engrossing, and the stark black fields on which Clare's dreams are projected are boldly disconcerting, but the film's setting feels restrained and overly clean. Perhaps the almost total absence of wildlife is meant to hammer home that human cruelty is the story's focus. Regardless, it results in a fairly staid vision of the notoriously dangerous Australian bush, one which never manages to project the menace the characters attribute to it. This sense of artificiality renders much of the second act's nature-related peril toothless, although the movie's nighttime scenes in which unseen creatures shriek and wail and grunt in the formless darkness outside the characters' camps are admirably unsettling.

There is inelegance in the film's script as well, its exploration of the complex ways in which Irish convict Clare and Aboriginal genocide survivor Billy are pitted against one another by colonial English society is clunky and over-deliberate. There's a lot to be said for depicting the struggle of the many against the few (and their paid retainers), and the factionalism which so frequently derails that struggle, but The Nightingale's writing lacks finesse. On the personal level, as with Lieutenant Hawkins' (Sam Claflin) grotesque attempts to mentor a young convict boy, the film excels at making the blood-greased machinery of colonial empire feel imminent and unavoidable. On a larger scale, it sometimes relies too heavily on dialogue and thus fails to convey a sense of place as strong or as upsetting.

The strength of the chemistry between Franciosi and Ganambarr, as well as the all too believable hierarchical viciousness of Hawkins' rival group of soldiers and servants, carries The Nightingale even through its most inelegant scenes. Their slow coming to understand one another, rendered fragile by the film's relentless violence, is warm, complex, and unpretentious. A late sequence in which they reunite after a harrowing separation occurs almost entirely in close-up, their battered and dirty faces softening as they realize just how relieved they are to be together again. It makes their final scene together and the songs they sing for homelands to which they can never return that much more heartbreaking. In the end, those dead lands lie between them, a fading country where a reunion is impossible and home a bittersweet illusion.

The Nightingale was billed as a kind of murder ballad in cinematic form, and, from its desolate opening tragedy to its brutally lonely ending, it lives up to that medium's best work. Kent has a nose for the consequences of violence and for the emotional ruin it brings not just on its victims but on its perpetrators, allowing us a window into a world where death weighs heavy on all shoulders, and men and women struggle through daily life with poorly cauterized emotional wounds soaking through whatever makeshift bandages they've managed to apply. Its acts of violence are shattering failures, its bonds of love and fellowship achingly frail in the face of so much trauma. For all its imperfections, its unflinching embrace of the ugliness of human suffering is a raw and crushing experience, and not one to be missed.

The Nightingale is out in select theatres today.