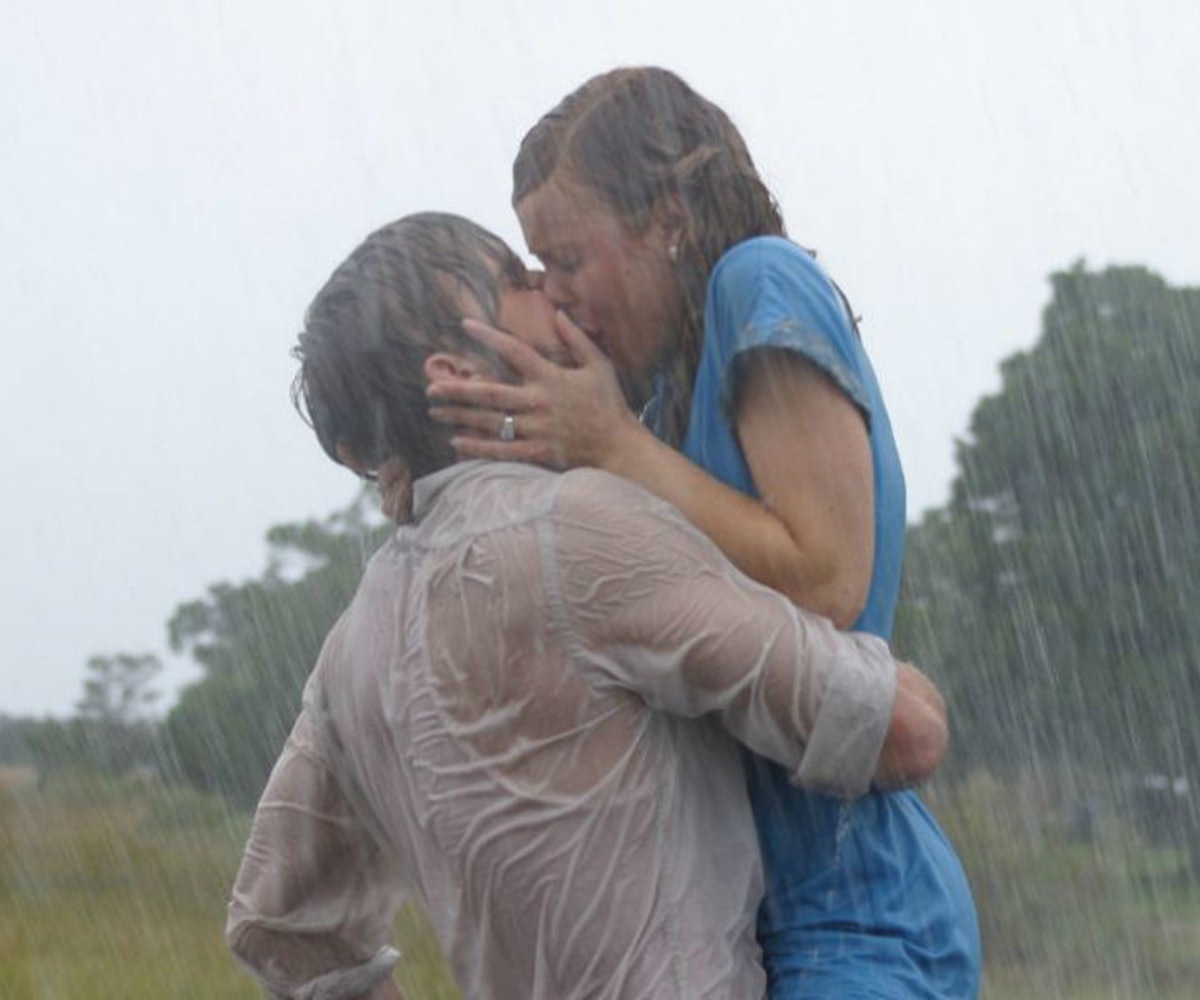 According to reports, some Netflix users in the U.K. were minding their own business, trying to get in a good cathartic cry while watching Allie and Noah of The Notebook fall in and out and in love again, when they noticed something… different about the ending.

Spoiler alert ahead, though if you've never seen the film… how? Anyway, in the movie, the two main characters, played by Ryan Gosling and Rachel McAdams in their younger years and James Garner and Gena Rowlands in their more seasoned ones, have a dramatic romance. The film flips back-and-forth between the two time periods, the purpose being that, in her older years, Allie has been stricken with dementia and Noah's newfound purpose is reminding her of their Great Love. Again, spoiler, but the movie ends with Noah and Allie passing away while holding hands in bed. According to Jezebel, British watchers didn't get to enjoy the sad ending. Instead, the movie cuts before the two die and is replaced by a shot of a flock of birds flying over the lake.

Not only were fans confused, apparently so was The Notebook author Nicholas Sparks who says he found out about the change "the same way everyone else does!" Responding to the news on the Today show, he says it's an "opinion thing" but that he likes the original film better.

Netflix, meanwhile, stated on Twitter that it didn't edit the film and that an alternate version was supplied to the company. "We are getting to the bottom of it asap," the streaming service wrote. "Apparently some films have more than one ending?!" Yes, we knew that, and maybe in some cases a different ending is necessary, but the original ending for The Notebook is the only one that will ever matter.