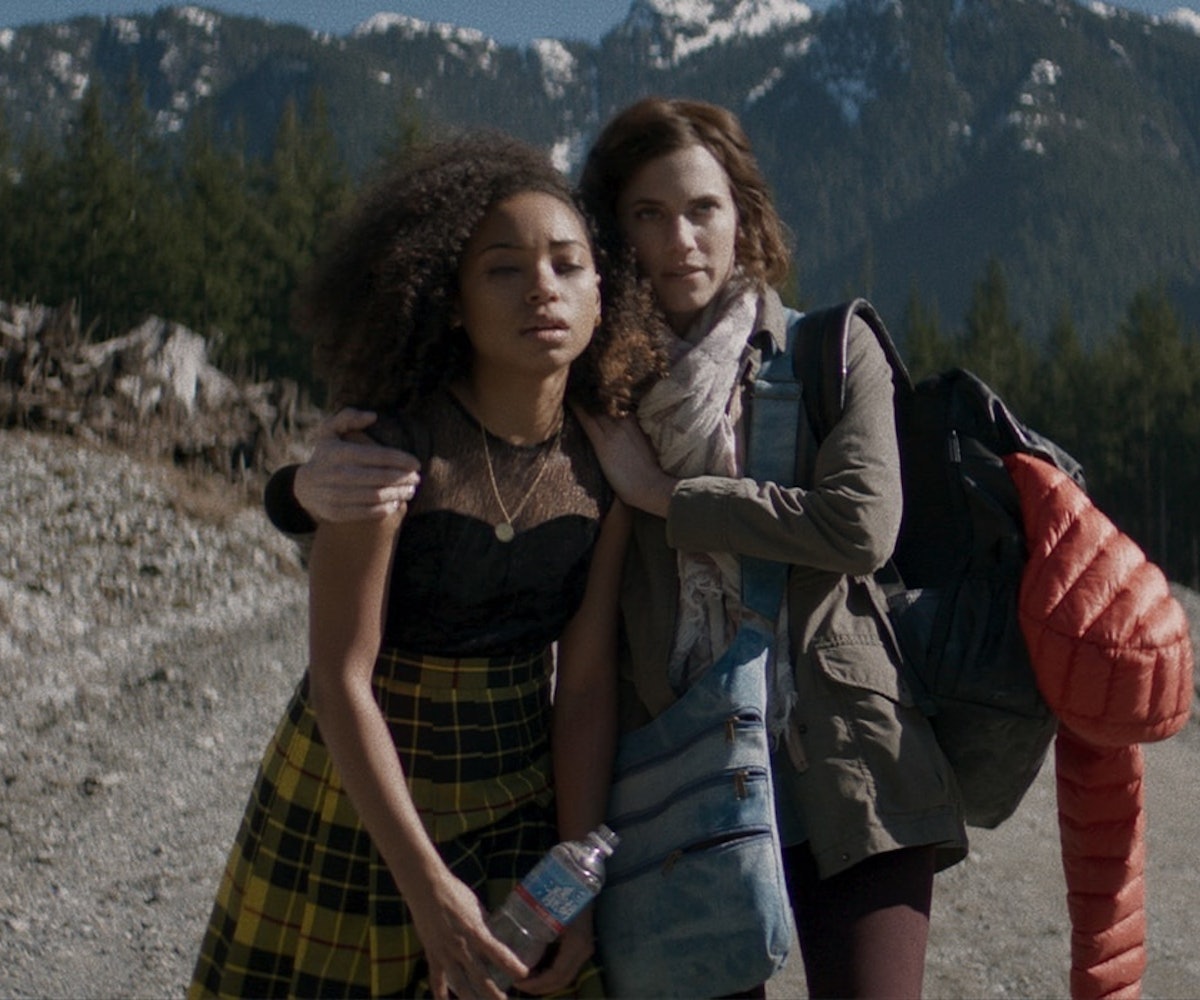 After three and a half years, Netflix's foray into feature film acquisition, distribution, and sometimes, let's face it, content-churning has plenty of well-documented, oft-argued upsides and downsides. One of its major upsides has been a willingness to dive headlong into genres that bigger studios have abandoned. This has been most prominently discussed with regards to the company's romantic comedy revival, as Netflix has made buzzy watch-at-home hits out of material that, by whatever sexist reasoning, many established studios no longer consider especially viable. The Netflix rom-com fire is still burning; this week sees the release of Always Be My Maybe, an Ali Wong-Randall Park team-up that looks perfectly charming. But this past weekend, the company made another foray into a less crowd-pleasing subgenre with the release of The Perfection, a self-consciously deranged thriller.

That self-consciousness isn't necessarily a bad thing. Like Velvet Buzzsaw from earlier this year, The Perfection calls attention to itself, and its willingness to do so is a form of refreshment among the service's more boilerplate offerings. The movie stars Allison Williams as Charlotte, a former cello prodigy who had to step away from a prestigious music scholarship in order to care for her slowly dying mother. Years later, her mother finally passed, she re-emerges to meet Lizzie (Logan Browning), another gifted cellist under the tutelage of Charlotte's former teacher Anton (Steven Weber).

The two women quickly fall into a mutual fandom, then a physical relationship. But is this a bond forged over experiences very few people share, or is it something more sinister? Director Richard Shepard puts the material on edge by stylizing it heavily from the jump, setting up more split-diopter shots (where both the close-up foreground and far-off background of a shot are in focus, with a blurry edge separating the image) than you're likely to see in a year of movie-watching, and letting a sense of dread percolate in Williams' gaze. Eventually, he even indulges in repeated rewind-o-vision sequences to back the movie up and fill in additional details.

To say more about the movie would probably spoil its twists—though they're not always as wildly unpredictable as the movie seems to think, sometimes more impressive for quantity than quality, especially in the final stretch. What's fun about The Perfection is its stylistic exercises (and excesses), and how the movie allows a veteran TV and occasional feature director a chance to flex a bit. Shepard was behind the camera for no fewer than five of the best-ever episodes of Girls, including "The Panic in Central Park," a dazzling solo showcase for Williams. His TV work was crisply well-shot—as well as disciplined and subtle. Here he's made the type of thriller that studios only seem interested in doing up as pure horror, and even then would prefer it to feature ghosts. (Spoiler: This movie has no ghosts.)

If The Perfection feels like it's laboring in its final half-hour to earn tweets about how it's "bonkers" (while also straining for wokeness points by pretending to be an indictment of abuse), it at least does a credible impression of split-diopter connoisseur Brian De Palma, whose Hitchcock homages and delirious fakery have been missing from so many recent thrillers. Earlier this year, Neil Jordan's Greta half-assedly gained a reputation as a delightfully over-the-top bit of stalker-thriller camp, with some critics dutifully searching for crumbs of craziness, settling for the galvanizing moment where Isabelle Huppert—get this—knocks over a table. (The recent Met Gala-inspired debate about camp should have taken a sidebar to explain that, no, a middle-aged actress messing with furniture is not automatically camp.)

Other high-profile thrillers tend to skew a little soapier, mimicking the semi-literary façade of hit novels; the adaptation of The Girl on the Train, for example, has a trashy soul, but director Tate Taylor obviously wanted to root it in emotional realism, which translated to a workmanlike, TV-movie quality. Taylor is back this week with another, much better thriller, which more adroitly (and surprisingly) balances believable character work with some eye-popping ludicrousness: Ma, with Octavia Spencer as a lonely woman who briefly becomes a kind of den mother to a group of partying teens. Taylor isn't as committed a stylist as De Palma (who is?) or even Shepard's imitation of same, but he does fashion the material into a kind of grown-townie version of Carrie, and does some expressive work in extreme close-up, as well as, yes, a split-diopter shot of Spencer eavesdropping on her new young friends. The movie's more lived-in touches don't have De Palma's movies-within-movies aesthetic, but Taylor somehow gets them to coexist with crazier, more outré touches.

Tellingly, The Perfection and Ma are receiving high-profile releases during the same week that a genuine De Palma movie slinks into a few theaters and a simultaneous VOD release. Domino, which the director has already half-disowned, is an espionage/revenge thriller that does include the requisite Hitchcock-inspired set pieces, bloody slashings, and, yes, at least one split diopter (the vaguely De Palma-ish Us had one, too; truly, 2019 is the year of the split diopter). It features two sequences that will please the De Palma faithful, and very little else of interest; based on the director's production-related complaints, it sounds as if perhaps its financial backers were interested in the idea of making a Brian De Palma movie, but maybe not especially concerned with the result.

It makes sense that De Palma's style has gone, well, out of it; lurid psycho-thrillers tend to make audiences uncomfortable, which sometimes makes them laugh, which in turn can convince them that the movie in front of them isn't working. This makes Imitation De Palma, or Sleazier Hitchcock, or Unelevated Thrillers, or whatever you want to call them, a comfortable fit for Netflix, where viewers can sit quietly with their heightened weirdness. Thrillers that might confuse or anger a regular paying audience can find their people. But they do lose some big-screen, movie-movie grandeur at home. In the end, there's something else Netflix-y about The Perfection; like a lot of their non-prestige pictures, it sometimes feels like a studied imitation of the genre it's inhabiting. Then again, maybe it's only appropriate for Brian De Palma to get rolled up into someone else's pastiche.

The Perfection is streaming on Netflix, now.